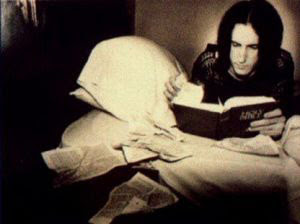 Warning Against False Teachers
Now the Holy Spirit tells us clearly that in the last times some will turn away from what we believe; they will follow lying spirits and teachings that come from demons. These teachers are hypocrites and liars. They pretend to be religious, but their consciences are dead. ~1 Timothy 4:1-2

Readers who have come onto my blog have experienced false teachers and witnessed “Christians” lying firsthand. They have also witnessed hypocrisy. I don’t even have to delve further into who or what I’m speaking of. It’s just common sense and common knowledge of whose teaching comes from demonic motives.

Those who want to live in peace and spread the love to others are constantly persecuted, because they’re living happy lives. “Christians” who have argued with me, believe that in order to be a true believer in Christ, that you must be unhappy. This is false. Do you really believe that your God, your Father in heaven, wants you to live a life full of sadness, guilt, resentment and anger? These emotions all root from evilness. It’s not from God.

Yes, and everyone who wants to live a godly life in Christ Jesus will suffer persecution. But evil people and impostors will flourish. They will go on deceiving others, and they themselves will be deceived. ~2 Timothy 3:12-13

You cannot tell a “Christian”, who believes in teaching harshly, that their beliefs are wrong. They claim it’s “truth”, when in fact, they themselves, are convinced that teaching with hatred and anger is the right thing to do. I’ve been experiencing this for years, and it’s time for me to step back and let them be, yet I still have many questions. I can’t convince anyone that my way is the true way. I can say, that my way is how I want to live and how I believe God wants me to live. I have peace with God, and I know that I’m right with God. How can anyone argue with what I believe?

And the peace of God, that transcends all understanding will guard your heart and mind in Christ Jesus. ~Php 4:7

My mind is at peace. My heart is at peace, because my relationship with God is mine. I own it. No one can tell me differently. If I get my messages from God, why should I believe other people?

People who preach the word of God, seem to have no credibility by the way they speak. For instance, the next scripture points out how ridiculous they sound:

If you claim to be religious but don’t control your tongue, you are just fooling yourself, and your religion is worthless. ~James 1:26

False teachers and people who have faith in godless religions are the ones who try to deceive and plant the seed of hatred in people. They think that people like myself, have a “quilt-like theology” that makes “religion” sound as though it’s loving.

I feel similar things when I read the passage in Romans 2:2

"I know all the things you do. I have seen your hard work and your patient endurance. I know you don’t tolerate evil people. You have examined the claims of those who say they are apostles but are not. You have discovered that they are liars."

In the airwaves, which minimal amounts of people tune into, Curtis Kekoa still lets his lying tongue deceive the people who actually listen to his show. He’s lied about me, and has told people on his radio show things that I have not done, nor said. He has refused to correct his slander and continues to lie.

These people aren’t against physical harm though, as they’ve already admitted. I was sent an interesting article by a special reader of mine. This website talks about Christian domestic discipline.

"A domestic discipline marriage is one in which one partner in the marriage is given authority over the other and has the means to back the authority, usually by spanking. A Christian Domestic Discipline marriage is one that is set up according to Biblical standards; that is, the husband is the authority in the household. The wife is submissive to her husband as is fit in the Lord and her husband loves her as himself. He has the ultimate authority in his household, but it is tempered with the knowledge that he must answer to God for his actions and decisions. He has the authority to spank his wife for punishment, but in real CDD marriages this is taken very seriously and usually happens only rarely. CDD is so much more than just spanking. It is the husband loving the wife enough to guide and teach her, and the wife loving the husband enough to follow his leadership. A Christian marriage embodies true romance and a Christian man a true hero. Though this seems unusual in today's United States, this kind of marriage has been practiced throughout history and is still practiced in many parts of the world today."

It also claims this little factoid:

I’m not saying that Curtis and Dani are into this weird scenario, however, it’s something that indeed tells a lot about the “Christian” mindset and how some people tick. I have to wonder if this falls into their category.

Dani has written, "We don't spank with our hands because our hands are meant for loving. The Bible says to use a rod (wooden spoon, switch or belt) for correction. Bob used a belt on his stepson and the boy’s dad was a cop (if I have this correctly?) and probably didn't like the fact that Bob was disciplining his son so he pressed charges."
One question: How do you spank with a rod, wooden spoon, a switch or belt? A belt is meant for whipping and a rod is meant for hitting.