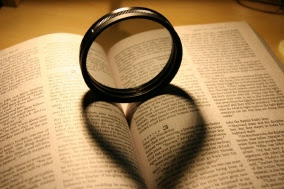 What does the word “evil” mean? In the dictionary, it says this:

3. characterized or accompanied by misfortune or suffering; unfortunate; disastrous: to be fallen on evil days.

4. due to actual or imputed bad conduct or character: an evil reputation.

5. marked by anger, irritability, irascibility, etc.: He is known for his evil disposition.
–noun
In the “religious” context, it means not following God- anything against God’s will. Then you have those who believe that homosexual relationships are “evil”. I know both words, “evil” and “wicked” can mean immoral, however, there are plenty of immoral people out there who are promiscuous and those who don’t care about their bodies. Even when I think of the words, “evil” or “wicked”, I think of immorality as well as evil motives.

But that is immorality?

Let’s focus on #2 for a moment. Sexual immorality. What does it consist of? Does it mean that we’re immoral of we engage in sexual activities if it’s with someone that we love? Heterosexuals and homosexuals have been persecuted and called, “adulterers” due to having an intimate relationship with someone they’ve been monogamous with. Marriage is the only way that will save them{us}. Then, you have to think about what it truly means to be married.

2. the state, condition, or relationship of being married; wedlock: a happy marriage.

3. the legal or religious ceremony that formalizes the decision of a man and woman to live as husband and wife, including the accompanying social festivities: to officiate at a marriage.

4. a relationship in which two people have pledged themselves to each other in the manner of a husband and wife, without legal sanction: trial marriage; homosexual marriage.

Everything points out to legality. A marriage, in my opinion, is a union between two people who are blessed by God. And, if they are atheists, then it’s a union between the both of them. It’s a “relationship”. It’s being monogamous and having only that one person to be with for the rest of your life. It’s not “evil” or “wicked” to love someone. It’s evil to destroy your body with sexual practices of many partners though. That’s physically and immorally dangerous.

I have so many questions still, mainly on religious topics of course. I’m writing this post because I still need concrete answers. I don’t think I’ll ever get them, since everyone interprets the bible, the meaning of words and their version of what it means to be married in a different ways. No one will ever agree upon one thing. It’s nearly impossible, since there are so many meanings for one word in the dictionary, and there are so many interpretations and translations of the bible.

Which one’s the truth?

What do we have to go on? Do we trust what another has interpreted? Or do we trust what God tells us in our hearts? A lot of fundamentalists will rant off, “Well if it feels good, then do it”, in order to tell homosexuals that we’re only after the same sex because it “feels good”. Well, for a lack of better words, it feels “right”. Maybe for some, it feels wrong, but for me, it’s the right thing to do. If I were to become an “ex-gay” and try to conform my life to how a lot of “Christians” would want me to, I’d be unhappy, resentful and full of anger. It’s not me. I’m hiding myself. I’d be back in the closet with the door locked.

We’re not much different from one another in terms of male and female. Of course, we have different genitalia- that’s a given, but all of us, male or female, have emotions, feelings, different opinions, intellect and personal relationships with God and people. We go through the same struggles. (Except for PMS guys!) We get sad over the same things, we fight over similar reasons and we love for the right reasons. We love who we love. Who am I to judge a heterosexual for loving a person of the opposite sex? What if this woman was once married? In the words of the bible, it’s a sin to marry a divorcee whose husband is still alive. So do I tell him that he’s evil for being with this woman? No. He fell in love with her and wants to be with her in a monogamous relationship. I see nothing wrong with that. Divorce has been confused many times in the bible about what it truly means. The Catholics have it down to a science and have the nice luxury of “annulments” handed out if the marriage doesn’t succeed.

I’ve been told a few times by other Christian readers that my version of the bible wasn’t good enough. I have the NLT (New Living Translation) bible. It speaks clearly, with simple words to understand the meaning from the old King James version, to the everyday language that we speak now. Are the words of my bible wrong? Have they translated it incorrectly?

In this website, it states, “The King James Version (KJV) is excellent, but you must use a dictionary as you read because it uses language typical of the time it was translated (1611). I recommend you purchase a more recent translation. The New American Standard Version (NASV) is believed by many to be one of the most accurate translations and is an excellent study Bible. The American Standard Version (ASV) is also excellent and highly accurate. The New King James Version (NKJV) is high on the recommended list. The New International Version (NIV) tries to make the text as easy to understand as possible and is an excellent reading Bible, but not a good study Bible.”

Why isn’t the NIV a good study bible? (The NLT is similar to the NIV.) If I was new in Christ- a born again, and needed to understand the words clearly, I would definitely pick up the NIV or the “Promise Bible” in order to better understand what these words mean. Thus, thou, ye, -- I just can’t read that without having to think, “What does this mean?” I get lost in the Old English way of talking. I could conform to it, but I couldn’t relate to it. I’d feel lost. I was taught to speak today’s English, therefore, I need to read it that way, and so do many other people.

But why would reading the NIV version be wrong or “not good” to study with? In my own opinion, the important thing is to pray and meditate before reading any bible. God will translate the message for you. Listen to God when you read the bible. Read the text, take it in, but most of all, pray for understanding. Even with the King James version, if you’re stuck reading that one- pray to God that He gives you the wisdom and understanding to translate it into His message to you.

Too many people are twisting the scriptures to fit their needs of teaching. But, it’s up to “you” to determine if the message is right for you. Just because I write, “Well this is right for me”, doesn’t mean that it may be right for you. Only GOD can tell you that. That’s why I feel it’s so important to have a personal relationship with God and forget about what other Christians or Catholics want to bog you down with. God’s word is true, not people’s.
bible Christianity gay marriage homosexuality King James translations