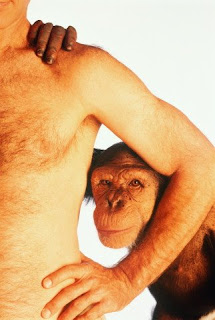 As unconventional Christian ways of thinking burst through my mind, some would say I have yet another theory I hold true to my heart that will always be debated. If God made this earth, then why can’t there be belief in both God and evolution? I know both aren’t shared in the same capacity, however, if you really think about it, things grow, change, develop and evolve all the time. Evolution in the negative aspect can be seen with manmade deterioration of the earth and atmosphere. Chemicals, factories, exhaust from transportation, have all contributed to the destruction of our ozone layer, leaving many things on this earth to change, or ‘evolve’ in different ways over time. Glaciers are melting at a faster rate due to global warming. The earth is seeing much more weather-related damage- earthquakes, tsunamis and even erosion from all the World War 1-era military munitions on Long Beach Island. Workers recovered 1,080 pieces of material and hardware. Read more here.
If things can dissolve, then they can evolve. Even our minds evolve if you think about it. The way we view, see, touch, feel and hear have an influence on any direction we may want to take it. I’m speaking of evolution in terms of “change”. We’re constantly changing, whether for the better or for the worse. We see things differently than others do. Our minds are constantly wondering about new ideas, new concepts- we're never finished learning, regardless if we stop, regardless if we say we’ve stopped learning.

What about Jesus? Have we evolved Jesus into something He’s not? Just think about this for a moment… Jesus was from Israel, yet they show Him appearing close to an English or Irish descent. If Jesus was from Israel, wouldn’t He have middle eastern features, such as dark curly hair, thick eyebrows, big brown eyes, and prominent attributes? The photos of Jesus are much different. They show him with a caramel color hair, big green eyes and very delicate features.

Look at the two examples I provided below:

Look at the differences in characteristics. I believe we ‘thought up’ Jesus’ features and the way He looks. Since Egypt is on the continent of Africa, who’s to say that Jesus wasn’t black? Are we evolving Jesus Himself? We’ve altered Him to fit how we want Him to look.

The real question is, does it matter what Jesus looks like? I don’t think so. But, it does matter how willing we are to accept that things are evolving each and every day, and have been in the past? It goes way beyond homosapians evolving from apes to the human figure. Then you have the argument that Jesus created man in His image. How do we really know what God looked like to begin with? “Man” could have very well been represented a whole other way than we know it today. No one had high tech cameras or film. No one has an accurate drawing. Each drawing is different. But that shouldn’t be the focus. The focus should definitely be the openness to see what has changed from then, and what keeps changing now.

So, my question remains, if God made the earth, then why can’t we believe that evolution is among us?
at May 19, 2007