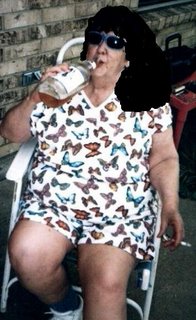 Let’s get one thing straight. Just because I am fixated on Walmart this week, does not mean I am white trash, that I live among a village of a million trailers, or that I wear tongs while in a sundress drinking Bush beer. I do not trade blooming onion recipes with Olga next door, nor do I have pink flamingos poked in various spots of my lawn.

Oh who am I kidding? I’m wearing big ol’ flip-flops now hanging out in my ripped Harley Davidson shirt (with no Harley in the driveway) sipping on some moonshine early in the a.m. hours. Lovely, right?

Shall we go on?

So, my sister calls me up. No no no, this is not a repeat of the previous blog. Listen. My oldest sister Dawn called me the other day explaining her experience in Walmart this past Sunday. She tried to pull it off as Nordstrom's, but I caught her bluff.

Dawn made her way into that big foyer where you have to get your shopping cart. There’s usually an older man waiting there to get it for you. He’s the same guy that checks your receipts when you walk back out too--usually with that stench of liquor on his breath. I doubt he’s going to know that it’s a receipt from Winn Dixie. Okay, I lied; I don’t have a Winn Dixie here in New York. Let’s just move on. 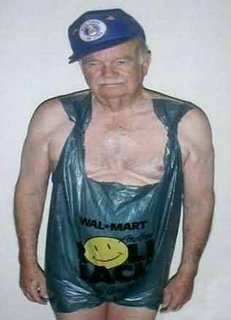 As my sister walks into the foyer to get her shopping cart, the little old man walks over to her and hugs her. No, you read that right. He hugged her. Now, you all have to understand that my sister Dawn is this really nice, outgoing and loving person, so she hugged him back ‘to be nice’. I believe she may have chuckled while doing this, but nevertheless, she hugged him back.

In the midst of this hug, he grabbed her left breast. Was this a mistake? Did his smock get all entangled up with her shirt? Or was this indeed, a grope? I think she was a bit shocked by it all, but had a really good chuckle about it. She didn’t go to a manager, because she felt bad for the guy. He wasn’t mentally retarded or anything—he was just a little slow. You can tell he had a few problems upstairs. 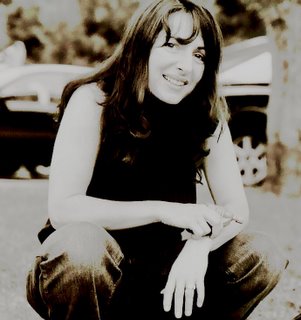 Now, my sister is a good person. She would hate to have this guy fired or get him in trouble, so she decided to do nothing. My question is, what if he does this to another woman who isn’t so nice—who isn’t that understanding? Let’s say he gets a woman who is ‘sue happy’; especially in a Walmart chain? This guy would definitely get the boot. Hard call? It’s tough to say.

This just reminds me of when I used to work with Dawn in this medical firm when I just got out of school. I used to work in their ‘fulfillment department’, which basically means, a really nice ~one woman warehouse~ of the medical firm. I distributed medical books and little medical pocket computers. Shush—I've had worse jobs!

Anyway, I correlated with the mailroom a lot, because they handled most of my shipping and supplied me with boxes I needed. There was a guy named John who worked there who was a bit ‘slow’. Again, not mentally retarded, but just enough so that you knew something didn’t tick right up there. He was very nice, and tried with all his heart to make me laugh. A few inappropriate words would fly out of his mouth, and then he would stutter his apology, in hopes that you wouldn’t slap him across his face.

I have too much tolerance for people. All my life, I would let things slide, because people are just strange. Now don’t get this confused with being ‘walked over’ or someone to get over on----I just accepted people for who they are. If something stupid was said, I’d brush it off. It depends on the person too. A lot of discernment goes into whether or not I get pissed off for good reason.

So, this guy Jon kept up with his little dirty jokes. Okay, I can handle a dirty joke here and there. Fine. Whatever. It got to the point where it was just downright nasty. Saying words I wouldn’t even blurb out to my worst enemy. Yeah, all of that---the “C” word and the “F” word and so on. Finally, I just said, “John, knock it off, you’re getting me upset.” Then he would apologize. A few days later, he would forget and it was back to saying, “John, knock it off, you’re getting me upset.” This went on like a vicious psychotic cycle.

He never made me feel threatened; he just wanted to be funny in his own sick way. I dealt with his disgusting blabber for approximately one year. When I left, I just knew God would handle it somehow. Let it go. Let someone else handle this. So, I spoke to him about it---but only him. I explained that if he were to say this to any of the other co-workers or the next person who filled my position, that he would get fired and possibly sued for sexual harassment. Hopefully he listened to me. Hopefully he didn’t forget.

How do you handle a situation where the person is just acting on basic instinct? Also, what if the person is ‘slow’, or ‘mentally retarded’? They really don’t know they’re doing anything wrong. The sad thing is, one day they’re going to get fired and the company is going to get sued with a huge lawsuit.