The Indians Are Gone

“Oh no. Oh this is just horrible.”
“What ma?”
“Oh no. This can’t be.” My mother says, as she redials whatever number she was trying to get through.

Now, I live above my parents. I love them with all my heart. But, their smoking somehow wafts up through the vents and into our lungs.

“Oh no. The smoke shop isn’t answering their phone.”
“Oh, they probably got raided again ma.” I said, almost jumping for joy.
“But they have their answering machine on.” Mom says, doubting that their jig was up.
“Ma—whaddya’ think they’re gonna do-- say, ‘Oh wait a minute fellas! I have to call the phone company first before I go to jail.’” I said, as I laughed at her.

They get their cigarettes insanely cheap by the Indians who live on the reservations. They don’t have to pay taxes, so this works out well for all those in need of a cheap smoke.

I headed into the other room to grab my laundry and I hear from the distance, “We’re gonna have to try to quit smoking.”

I think I just heard angels singing. I couldn’t believe it. Sadly enough, I won’t believe it. These people will sit in this one room of their section of the house and smoke themselves into oblivion. Not only are they nesting in some fog-like cloud, but my mother cranks up the heat until their literally cooking themselves. The older they get, the more the heat rises. Going to visit them is nearly impossible. Hazmat suits are required.

This is the bad part about ‘close quarters’. My mother controls the heating system in the house. She has the controls in her bedroom no less. It’ll be 10 below zero, and there’s no heat. We then put on our electric floor panels that heat up. They're almost like radiators—but electric. That’s no problem. Now, the problem remains when it becomes 70 degrees or so, my mother decides to crank up the ol’ furnace and blast us out with hot forced air. I’m like, “What the hell is she doing???” Great. Leave the heat off when it’s below zero out, and crank that sucker up come spring! I don’t get it. It baffles us to no end.

Yes, the same holds true for summer. We have a/c that controls basically the entire house. I also have a/c that is controlled by me on the upper floor where we live. Now, when it’s extremely hot and muggy out---no a/c. But when it’s 80 degrees, no humidity and just absolutely perfect outside---she cranks up the a/c until we have ice sickles hanging off our chin hairs. Well, okay…I’m the only one with chin hair. Shush. I’m Italian, remember?

“Whaddya’ all crazies or sumptin”? My father says, as he smokes his disgusting cigarette. “Youz’ sit in dose’ bars full of smoke and whateva’ else dare’ smokin’, butchoo don’t even wanna sit here wit’ me and talk just because I smoke one cigarette!” 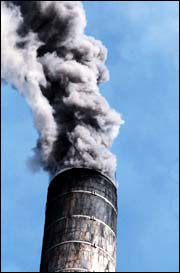 First of all, let me clear something up. (Besides the smoke) When my father smokes, it’s worse than sitting in a bar full of old men smoking cigars. His lungs have more capacity to hold smoke—and blow it out like a chimney. I don’t get it.

Second of all, there is no more smoking in bars. I am very happy about this. I literally cannot sit and talk to my father like a normal human being, unless my nephew or nieces are over. He’ll refrain then. Sometimes he still lights up and I’m like, “Dad!”

“Youz’ grew up wit’ dis all your lives!” He reminds me.
“No wonder I have asthma and make numerous trips to the ER.”
“Ah geez, youz all are unbelievable---you know dat’???” He says, as he sucks on the end of his cigarette.

My poor poor parents. Their crack dealers are out of business. Their cheap cigarettes are vanished---poof----like a cloud of smoke. My mother’s pacing around frantically trying to figure out another route to get her cheap fix. I have a feeling it's not going to be cheap anymore.

The Indians are gone.