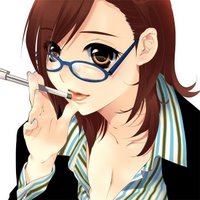 Is it me? Or were all creative writing teachers in high school hot? I always fell for them. Was it their deep intellect that went beyond numbers and figures? And believe me, their figures were nice. Was it their romantic side spewing out – believing every word as she says, “Where for art thou?” Except, she’d be directing it to Romeo. For the love of God—half these teachers weren’t even considered ‘hot’ by any means if you were to see them in a grocery store or any public place. I was in awe with their minds. Wow. I never thought the day would come when I would ever say that.

Okay, back then, everyone and anyone was smarter than me. I was too stoned to notice. My whole memory of high school was a complete blur. Priorities remained in the dime bag we smoked before school, and the bell that rang at 3pm. That was it. If we were lucky, we’d be scramming down the school’s lawn to cut out at noon and go to a friend’s house to party.

“Debbie……….Debbie?.........Debbie!!!” My teacher shouted, as I drifted off in some daydream, imagining myself in some janitor’s closet having sex with Miss. L.
“Personification.”
“Huh?”
“Personification!!!”
“What?”
“What…does…it…mean?” Miss. L asked, as she gritted her teeth.
“Person on vacation?”
“No!...See me after class! This is ridiculous!” She said, as she threw her book down on the desk, frustrated that I had no interest in her teaching. But I did...didn’t I? I had an interest in ‘her’.

The teacher’s aide leered at me; staring at my every move. She was on to me. Mrs. W was more of a 60’s child. She always came to class wearing a long flowing dress, with tons of flower print on it. Her jewelry was custom made, from turquoise stones to American Indian designs. When she was upset or angry at one of us, she would flip her long blonde hair constantly, stuttering her words as she tried to get them out.

For some strange reason, I started feeling my body convulse. I wasn’t sure what was going on with me. My heart was racing so fast, that you could actually see it through the vein of my neck. What was going on with me? Was I dying? Was my pot laced? I had no clue. I was scared. I was also scared of anyone finding out. How do I get help? My body started jolting now—it was obvious to everyone in the classroom that there was some sort of problem going on.

“Umm, w-w-w-why don’t y-y-y-you come with me.” Mrs. W said, as she flipped her hair away from her face. She took me outside the classroom to talk to me in the hallway. I saw my own reflection in her eyeglasses, wondering how red my own eyes were.

“You know Deb, I’ve b-b-been where you are. I’ve experienced much more than you think. N-n-n-now tell me what you’re on.”

Scared and nervous as hell to even admit I was smoking pot before school, I was more scared of dying in the hallways. I quickly grabbed the bag of pot that my friends gave to me and handed it to Mrs. W. I always offered to carry it. She kept looking at me still.

Sitting in the nurse’s office, I overheard the teacher’s aide and the nurse whispering to one another about what happened. Their whispers sounded like ten thousand people at once. I heard the kids in the hallway passing by. It sounded so loud, and so overwhelming that I thought I was imagining their echoing voices. There was this tall, silver procedure-like lamp near the window. The neck of the lamp was adjustable so you could bend it to any position you wanted. The more I stared at this lamp, the more it moved and danced around, as though it had a life of its own. The fricken lamp is dancing! What is wrong with me? Why are they taking so damn long—I’m dying ova’ here! No one cares. It felt like years before they came back in.

“Here, drink this.” The nurse said, with a disappointed look on her face as she handed me a dixie cup full of orange juice. This will bring up your sugar levels and possibly calm you down. She took her stethoscope and listened to my heart. She took my pulse and immediately said, “You gotta call her mother--her heart rate is over 200!”

They spoke to my mother and told her she had to take me to the hospital. They sat me on one of those disgusting vinyl beds behind a curtain and shut the lights off. They wanted me to calm down. I felt my chest. My heart felt like it was popping out. It felt like an engine running—that’s how fast it was beating.

“Deb? What are you doing here?” My friend Karen said, as she pulled the curtain away from the wall.
“I smoked some bad pot—I think it was laced, and now my heart rate is over 200.” I said, trying to grasp another breath. Talking took all the energy out of me.
“Wow. I’m just here because I want to go home. I’m playing sick.” She said to me as she put her hand on my chest to feel for herself.
“Oh my God! That’s freaky.”

Great. Now I was more scared than ever. My mother is going to freak out when she walks in and punish me for the next forty years of my life. To my surprise, she walked in, rubbed my back and asked if I was okay. Was I hallucinating now? Is she not reprimanding me for smoking pot? This was very odd, and I was suspicious of her calm demeanor. She’s probably going to let me have it once we got in the car. We drove up to the emergency room which was about twenty minutes from where the school was. I later found out that the pot that I smoked had been laced with PCP. The nurses advised my mother to remain calm in case my heart rate would rise. They didn’t want her overreacting while my heart rate was that extreme. This, being the reason for her 'calmness'.

Till this day, I still remember that feeling. It was the most awful feeling in the world. I think it was a blessing in disguise that I went through that. It made me scared of any type of drug out there. It also made me very upset that you really don’t know what you’re getting yourself into when you buy a bag of pot. I bought it from a ‘trusted friend’. While marijuana is still illegal, anyone could throw anything in there. The only trusted person to get pot from is your pharmacist. Good luck with that. I’ll stick to my wine.