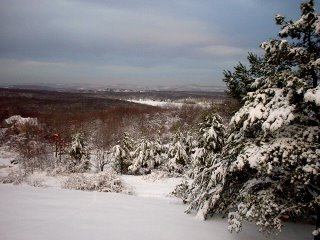 Another snow day, after the weather has been spring-like. It actually looks so beautiful when the snow is freshly fallen on the trees, and the mountains are topped off with snow caps. I’ve always appreciated the view from my house. It’s actually breathtaking. I never took it for granted after all these years. 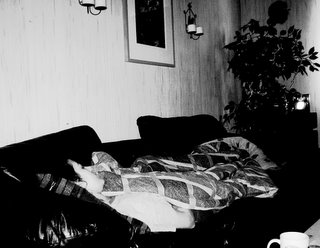 The beauty remains outside the house. For what’s inside is a whole other story. It’s Madelene’s turn to PMS. She has become one with the couch—in fact---I think I’ve lost her. She’s not coming back. Her tea consumption has reached its all time high, and her love for the travel and history channel has me inside my office blogging. I wanted to leave her alone for a bit so she can relax. I usually bug the hell out of her when we have the day to ourselves.

We’re already discussing going back to our beach house in Montauk. We go there every May, and we’re excited to be going again. This place just screams ‘relaxation’. Last year when we went, I got a bit tipsy, and well, almost burned the entire house down.

(I took this picture right outside of our deck...we're that close to the ocean...) 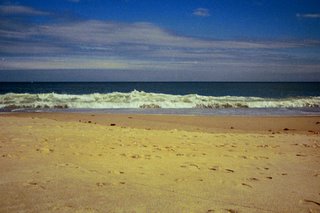 After sunbathing all day on the beach, I decided to make dinner for us back at the house. All week, we were dining out and racking up more charges on our card than possibly imaginable. I thought it would be a nice treat to grill some burgers on the barbeque and open a good bottle of red wine. Madelene agreed, we did our grocery shopping.

While preparing our food, I was already tapping into the wine. It was getting a little windy, and I was having trouble lighting up the barbeque down by the patio.

“Madelene! Help me with this! It won’t light! “

Madelene comes rushing down the stairs over to the patio area. We had these long wooden matches—but the wind was too gusty to even attempt to light it. So I decided to do the very thing I hate---pan fry the burgers. It’s just awful. I can’t stand the taste of pan fried burgers or steaks. It lacks the charcoal grilling taste. It didn’t matter though, I had my favorite wine and appetizers.

After dinner, we kept on drinking. I took it upon myself to venture out to the beach at 11pm with my wine.

So we went. We laid on the sands and I anchored my glass of wine into the sand. I ran into the ocean—which I would never have done if I were sober. It was so much fun. I went into the ocean up to my knees splashing around. The moon was full and I was feeling it’s effects big time.

I grabbed my wine. The stem of the glass was rimmed with mounds of sand on it. My feet were covered in sand as well. I walked inside the beach house and sand went everywhere. We had maids that came in every single morning to clean, so it wasn’t a big deal. There were hard wooden floors and it was very easy to clean up. I sure wasn’t doing it.

We sat by the fire, and it was so nice and cozy just relaxing with my baby drinking our wine. Now, you would think this would be a ‘special moment’---nothing could go wrong at this point, right?

“Let me stoke the fire and put another log on.” I said, as I reached down for the stoker.

Was I blind? What was wrong with me? I was too drunk to decipher which was the stoker, and which was the dry straw broom. Guess which one I picked?

Yep. I picked the broom to stoke the fire. The whole broom went up in flames and I ran to the sink to put it out, but it only blasted up to the ceiling. 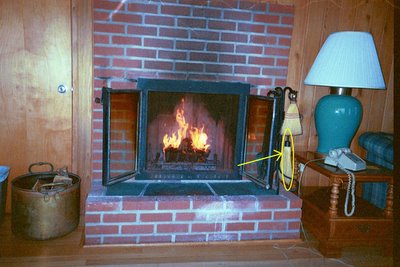 Madelene rushed up and grabbed the broom, and tossed it in the bucket full of ashes. The anxiety left me sober. I couldn’t believe what had just happened. I could have burned down the entire house. I didn’t touch anymore wine, but I did sit down to catch my breath.

Madelene then began laughing at me—after we knew we were ‘safe’. The entire trip was so comical. Each venture we have in the Hamptons becomes a new story.

One morning we were in our loft of the beach house. Madelene and I started messing around. In the midst of our love fest, we hear, “HOUSE CLEANING!” Then we heard footsteps making their way up to the second floor. The bedroom door was open, and to our horror, the two maids saw us---naked and in action!

“Ay dios Mio! I so soddy! So soddy---I come back later!” The maid yells out—trying not to look.

I heard the door slam behind them. We laid there not saying a word. Then, we started laughing hysterically. We couldn’t stop laughing for a good twenty minutes. We were not only embarrassed, but embarrassed for the maids who saw two girls together in bed. If I walked into someone’s home while they were having sex, I would be horrified. I felt so bad for them, but it was one of the funniest moments Madelene and I ever encountered on vacation.