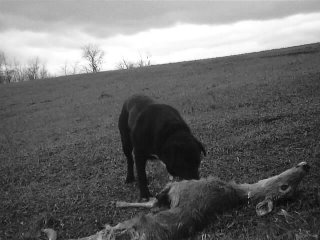 There was one particular summer day, where all I wanted to do was go home and sleep. I was tired. I was working for a telecommunications company in their call center. I used to take calls from nasty customers who wanted to know why they had a three cent mark up in their tax section on their phone bill. I would tell them to take it up with their congress. Little biddies that would call up yelling , because everything is so damn complicated.
“It’s not like the old days when all you had to do was dial an operator and get a live person.” And then give me the “big hang up” on her old rotary phone.

Our boss always offered “E time”. This meant, “excused time”. If it wasn’t busy, they would let a number of people go home—but without pay. This day, I didn’t care if it was without pay, I needed my bed. Other employees wanted to take advantage of the great weather. Not me. It was 3pm, and I was ready to take a long needed nap.

Madelene was still working, and I had three hours to myself to just sleep. I made sure all my phones were off. As I cranked up the a/c in my room, I tossed myself under a big comforter and went into a peaceful slumber.

I stood up from my bed. What the? I didn’t know what that noise was. It sounded like weird fireworks or an old pick up truck backfiring.

What the #*%^? I fell to the floor—hoping to miss any stray bullets. It’s not as if I lived in the ghetto here. Who would be firing gunshots right outside the house?

“Charlie!!! No!!!” I hear my mother call out. This couldn’t be good. My heart rate went up like a rocket. I panicked. I didn’t know what to do. I made my way down the stairs slowly. My knees were shaking uncontrollably as I walked down each step. I held on to the railing as if my life depended on it. I went down to where my parents live. As I walked into the living room of my parent’s section, I saw my mother walking inside holding her hands together tightly.

“Ma! What happened?” She just nodded at me as if to say ‘nothing’. She couldn’t talk. She was too shaken up.

“Is dad okay?”
“Yeah.”
“Well what happened?”
“The neighbor’s Rottweiler chased after me while I was getting out of my car. I came inside crying, because I was so scared. He almost followed me into the house. Then your fatha’ came out and shot at the ground near the dog, but it spit up pellets and pebbles. The dog was hurt.”

The neighbor’s are Italian as well. They have four boys, and my father has four girls. We always got along with them. They’re very wealthy and have a courtyard full of large houses---all owned by them. The boys are all married and have families of their own.

The doorbell rings. I sneak over to eavesdrop. It was my neighbor—the father of the four sons. 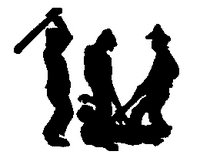 My jaw dropped to the ground. I then heard other men talking and screaming. The four sons were at the door too. I heard them come inside. I heard a lot of banging and rumbling. They were fighting in the other room. I didn’t want to go in. I ran upstairs and called 911. I was worried that my father would have a heart attack. He just got over a heart attack a year prior to this. He’s 300+ lbs and has serious health issues.

“911 what’s your emergency?”
“M-m-m-my father is being attacked in our home!” I said, shaking and trembling from fear.
“Where do you live?”
“2124 Fake Street.” I said, as I heard screaming and yelling from the other room. I seriously thought they were killing my father. Five men against one big guy? Hard call.

Then there was the sound of a slamming door and silence for a few minutes, until I heard my father yell out, “Son ova’b*tch!” I sighed with relief, knowing that my father was still with us.

“Get ova’here!” My father called out to us, as we hid behind the door that separated us from the battle of the Italian war. There wasn’t a scratch on my father. He sat in his big chair as if he was relaxing after a nice walk outside. He wasn’t even out of breath. This guy is fearless and unstoppable.

“I broke dat’faggot’s arm while pushin' all five’ov’dem outa’ here.” He said all proud, as though he had just won a wrestling competition. There were traces of blood by the doorway, left by one of the sons. Keep in mind, the sons are all in their thirties and very well built. My father took on all five of these guys--the father and his four ‘strong’ sons. Makes me laugh. Of all the outrageous fighting stories that my dad told me--which I never believed--he sure convinced me that day. Sixty-five years old and still strong like bull!

The police finally got there twenty minutes later. It’s not their fault. We live on a donkey trail that’s like a maze. That never sat well with me while I had my anxiety attacks—thinking it was a heart attack. How would I be saved? They would be late, and I’d lay there dead, with a 911 operator yelling in my ear, "Are you still there? Hello? Hello?" It’s definitely not a comforting thought.

The police took statements from everyone and they ended up going to court. The dog was okay. He had little pebbles in his skin of his front leg. He had to wear a bandage for a little while until it healed.

My father got charged with firing a gun within certain limits of a residential neighborhood. Ironically enough, a few feet from my yard, and you could go hunting. We have tons of Appalachian trails and woodsy areas all around us. It was understandable that firearms cannot be used that close, but in this case, it was more of self-defense on my father’s part.

We usually had to watch ourselves while we were outside by the pool, or relaxing on the patio, because of all these threatening dogs that roamed around. My neighbor’s think, “Oh well, this is the country, let the dogs run free—it’s good for them.” Good for them---but what about us? I couldn’t even go outside my house without fearing for my life. It’s not fair.

The neighbors didn’t even get charged with a ‘no leash law’. They said in order for them to be charged with something, the dog has to bite you three times. Oh lovely. So the third bite, and I’m bleeding all over God’s creation---then I can charge them! Great. You have to love the way the system works.

My father paid the vet bill, and the neighbors never got charged for anything---even if they did charge into the house to attack my father. They currently still live near us—but I have a feeling they are living in fear. My father said he wants to put a sign outside the property…

“Forget about the attack dog---beware of the owner!”

In your honest opinion, do you think that this case was handled properly? Do you think my father was wrong? Do you think it was right for the neighbors to barge into our home and ‘try’ to attack my father? Or do you plead the fifth?