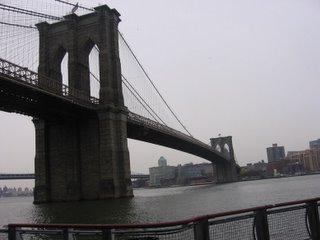 While opening my fortune cookie after I had Chinese take out, Confucius say, “The mightiest oak in the forest is just a little nut that held its ground.”

A little nut? That’s an understatement. Piles of bottles of wine and a ton of empty beer bottles thrown into the recycling bin had one garbage man asking if we were holding a bar & grill out of our home. I don’t blame him. Who could believe we drank that much? Especially when my relatives come over from Brooklyn—empty bottles of Dewar’s are thrown into that pile as well.

Memories of events held at my home always included alcohol. Uncle Tony pacing around with a tumbler full of scotch on the rocks in his hand, telling detailed stories of Brooklyn in 1952. It would always be followed with the street location. In fact, all of his stories revolved around the year of 1952. He never told a story without his ‘personal beginning’--the date, then the location. It’s like Norton on the Honeymooner’s playing Swany River on the piano before starting each song. Uncle Tony would pace back and forth, swirling his feet to twist him around, so he could pace the other way. He never sat while telling his tales.

“Nineteen fifty-two, Brooklyn, 45 West 23rd St---(swirl…pace)---My fatha’ drank dat’sh*t.” He says, as he points to my wine. He was always against wine. Scotch was his medicine.
“That stuff’ill kill ya! My fatha’ went blind from drinkin’ dat’ stuff---(swirl…pace)---One day, while sitting in his kitchenette, a stray bullet went right troo’ his windis’. The loud noise it made gave him his eyesight back. He never touched the stuff again!”--(swirl…pace)

Uncle Tony is always high-strung and constantly pacing around. He would always make these abrupt decisions.

“Let’s take a ride into town and pick up a few things!”
“Whaddya’ want Tony?” My aunt would shout at him.
“C’mon Deb! You and me—let’s go.” He says, while still holding the glass of scotch in his hand.
“You mind your business and get drunk witchya’ sista’.” He replied to his wife, as he made his way out the door before I could get my shoes on. We both jumped into his Lincoln Continental.

Being that Uncle Tony lives in Brooklyn, and is unfamiliar with the roads upstate had me a little concerned. Having his tumbler full of scotch on the rocks still in hand, had me even more nervous. He drank it as if it were legal to do while driving down the roads of my small town.

We always came home with a pile of things we didn’t need. A new coffee maker, a martini set, and tons of food from loaves of bread to a truckload of different cheeses. He would spend close to $500.00 each shot. He went to specialty delis and basically wiped them out of stock. Of course he then headed for the Italian bakery and wiped them out as well. He needed his nutritious breakfast in the morning if he was staying over.

We never ate dinner at my house when my aunt and uncle were over, unless it was Thanksgiving or Easter. He always made that abrupt decision and brought us to our favorite Italian restaurant. The owner’s eyes used to light up when he saw my Uncle Tony and my father walk in. As soon as that door opened, and the both of them stepped inside, Vinny, the owner automatically heard his cash register sing with glee.

Uncle Tony wasn’t only a big tipper, but he was respected everywhere we went. The wait staff always had a faint look on their face after they saw how much he left them. I always wondered ‘how much’ money he gave them. He never told any of us—but I knew it was huge. He lived in Brooklyn—yet everyone knows him for some strange reason. I never put two and two together. I just enjoyed the red carpet treatment while stepping into a restaurant with my father and Uncle Tony.

We had to put four tables together in order to fit the whole family. Busboys come running in faster than lightening to make things nice and to place water and bread on the table. There was always complimentary appetizers that were thrown our way—courtesy of Vinny the owner. The drinks were always flowing. The more Uncle Tony would drink, the louder he got.

“Whassa’madda wit’ choo? You can’t present yourself nicely?” He said to the busboy who placed the last set of silverware on the table. His apron had a spot of sauce on it. I’m not exaggerating—a “spot”.
“Get outa’ here and put sumptin’ else on for cryin’ out loud!” He shouted, as the boy scrambled as fast as he could to perform a dress rehearsal for Uncle Tony. I felt bad for this kid, because I saw the look of fear in his eyes. Little did the boy know, Uncle Tony always tipped well for putting up with him. I knew this boy was in for a treat after we were gone. He probably got more from Uncle Tony than his weekly paycheck.

Uncle Tony was the star of the show. Now the funny thing is, he would always call out his wife’s name, “Madeline!!!” And my girlfriend would pop her head up at the same time my aunt did. They both have the same names---different spelling though. Madelene (my girlfriend) always answered to him—even if he was referring to his wife. Uncle Tony always wanted to sit next to ‘my Madelene’. He would put her in a headlock-type hug and tell her a story from when I was younger---just to embarrass me. After his long-winded story, he let her loose from his grip.

“What da’hell is dis? I ordered a scotch on da’rocks! Dis’ is a God damn vodka on da’rocks! Is your job dat’ hard?” Uncle Tony screamed at the waitress, as her face clearly showed she was upset. She looked flushed and her eyes looked like they were going to spring a leak. I felt like crying for her.
“Y-y-y-yes sir. Right away!” She said, shaking, as she grabbed his drink that he didn’t want. 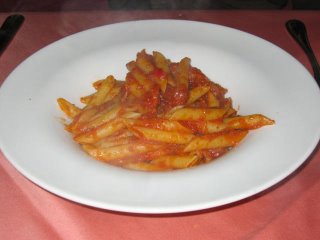 “Why you eatin’ peasant food?” Uncle Tony would yell at me for getting a pasta dish, instead of some veal or lobster.
“Your ancestors went troo’ a lot in orda’to get you a decent meal—and you disgrace dem’by eating what they ate when they were poor?”
“But I like it.” I said, as I almost put my fork down to stop eating. I wasn’t sure if he was going to keep on with this lecture.
“Ah-ha-ha-ha! Enjoy! Bon apatit!” He said, trying to insinuate that he was joking around. It always made me guzzle the rest of my wine down.

Dinner always followed with a huge display of dessert—that always looked too ‘foo-foo’ to eat. I didn’t like any of it. I just went with a cappuccino. After we were all through, Uncle Tony would put on his reading glasses and examine the bill. With his head still pointing down, his eyes glanced up at each one of us, hoping that we wouldn’t look at him. He then pulled out of his pocket this huge wad of money. The amount he left in there made the bill folder fat. Then he would motion with his finger for the waitress to come over. She would walk up to him like a deer in headlights, and he would take her hand, and place a huge wad of cash in it. Her face lit up like a Christmas tree. He then grabbed the busboy who wore the stained apron and handed him a wad of cash as well. I think he quit his job after that. He was set for life.

Going out with the entire family was always an adventure. The conversations were funny. We were always the loudest table in the place, but I think we were also the entertainment.

I went back to that restaurant a few days later to have dinner with Madelene. I apologized to the waitress for my uncle possibly upsetting her. I explained he likes to joke around and make a scene. She understood and was grateful for my uncle’s generosity. I still wonder how much cash he shelled out in that place.

I guess the big tip was an apology in a round-about way for his behavior, but I always had fun when we all went out to dinner. It was unlike any family event you’d ever seen. Thank you God for not placing me in a waspy family! I don’t think I’d have it any other way.

“The mightiest oak in the forest is just a little nut that held its ground.” This sure makes a lot of sense now.