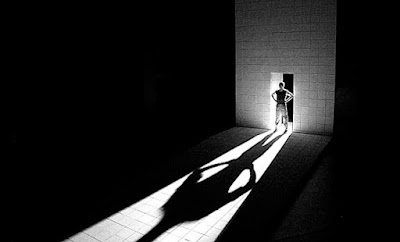 In most cases, people who are unsure of themselves usually possess one or two traits: being introverted and quiet, or on the flip side, they're angry, combative and will argue with you until you say that they're right. This ego-driven behavior is usually a deep-seated ax to grind. You usually see this on Facebook debates over politics or on a news' thread. I see people who don't even know the full story or those who weren't even at the scene of what happened argue as if they knew everything. To be right is part of the ego's mission. It can't be wrong, or the ego simply dies. Nobody wants to look vulnerable and throw in the towel on a good debate, especially when there are quite a few onlookers. To them, it's like losing the 'schoolyard fight' at 3pm. Let's not forget the internet name calling trolls. They'll blurt out some of the most ridiculous things, between insults or using the straw man argument. For me, I've been down that road and occasionally I'll find myself in some sort of debate, not entertaining it to the degree that they want.  Usually, when I see thread going downhill, I turn on my notifications for that thread and watch the ship sink like the Titanic. It usually does. 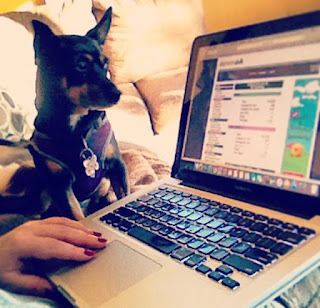 Do you know how much unneeded stress goes into arguing with someone, especially with strangers? It actually raises your heart rate, your blood pressure and puts in a much more stronger argument for the next poor soul who disagrees with you. I've learned that with politics, religion or something that happened on the news---we all have our views and opinions, none which could be proven 100%. So why are we fighting with one another over it? Can't we just speculate and question it all? I do believe that the mainstream media is meant to put a division between all of us. It's meant to conjure up the worst emotions, and inevitably cause us to be at odds with each other. On top of that, the misinformation on everything we see is ridiculous. Back and forth with "facts" from the CDC (who to me is a crock of sh*t) --- wear a mask, don't wear a mask, the virus lives on counters, the virus doesn't live on counters---which is it? Aren't they a bunch of scientists and virologists? Why can't they figure any of this out? "Oh it still is unknown at the time."

You also have those "button pushers"---you know the type---they'll plop a very proactive post onto Facebook and then wait for the hungry fish to attack the bait. Again, just turn on your notifications and watch the shitshow, if that's what you want to do. Don't engage. It's not worth it. It affects every single cell in your body. When you get angry, your physiology completely changes. Anger tenses up your muscles, and inside your brain, the neurotransmitter chemicals known as, "catecholamines" are released, causing you to experience a burst of energy lasting up to several minutes or more. It urges you to take action, and at the same time, your heart rate and blood pressure sky rockets. The adrenaline rush can cause someone with anxiety disorder to feel panicked for more than a day or so. You go into "fight or flight" mode, which is actually a primitive response. I've noticed for myself, I stopped the "fight" mode and now I go into flight mode. I either block the person off, don't respond, or completely go silent, because my system can no longer take the anxiety that goes into the fight mode. It seriously affects my nervous system and health in so many ways.

Why It's Not Worth The Fight 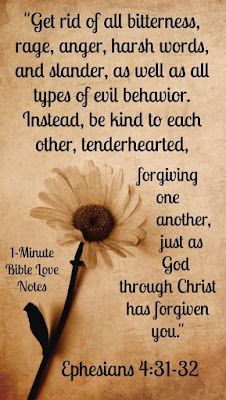 Personally speaking, after you have been through the ringer, one trauma after another, you're going to find yourself needing the drama to fulfill whatever it is that's lacking. For instance, after losing both my parents, as well as my childhood home, I no longer entertained anyone who wanted to argue with me. And if an argument was inevitable, I would sometimes mouth off, then go into hiding, sometimes with my own loved ones. The worst thing you can do when you are emotionally wounded, is to fight with a loved one, because deep inside, you truly don't want to. It's external chaos that acts like the initial bait between you and who you are arguing with. Let them take the bait and be happy with it. Let it go. Through my own experience, the bitter arguments after the trauma left me with sleepless nights, with my heart racing out of control. I thought, this couldn't be from a simple argument! And of course, the hypochondriac that I am had to check it out. I'm pretty well acquainted with my cardiologist, and he's pretty well acquainted with my healthy heart right now. It's my mind that needed fixing---still does. When you suffer with anxiety disorder, one incident can leave your emotions feeling the same way for weeks, because your adrenaline is still percolating. The brain of someone with anxiety disorder doesn't know how to turn it off, this is why people who suffer from panic attacks should NOT argue, or engage in unnecessary bickering online.

How Do You Fix It?

I can only give you my personal experience, and that's solely relying on God, and asking the Holy Spirit to live within you, so that you will find yourself hesitating to engage in something that's unhealthy for you. And it's not by your own doing---it's the Spirit convicting you, changing you, taking out the old stony heart and replacing it with a new heart with new and right desires.  (That's part of a scripture actually.) Like anything, if you don't practice it daily, it will lose its "muscle." You need to be consistent and acknowledging that the Spirit is there to help you make better decisions. Sometimes, if I lose my awareness, I lose the Spirit. It's not too long until I find myself in a combative argument, or having a severe panic attack from pent up anger from God only knows. I'm not telling you to sit in a room for five hours and pray, I'm saying to pray when you can, (even if it's in your head) -- anywhere you can, and then acknowledge that the Spirit is living within you. Ask the Spirit to reside inside your heart. But remember, the Spirit cannot live in a vessel that's too 'messy'---not saying that you have to be perfect, but get rid of the negativity, anger, bitterness and make room for more forgiveness, understanding and love. So clean some stuff out, and make room for the Spirit. Then, watch what happens.

"And I will give you a new heart, and I will put a new spirit in you. I will take out your stony, stubborn heart and give you a tender, responsive heart." --Ezekiel 36:26

For more of Deb's articles, please visit: www.debrapasquella.comor join her on Facebook and Twitter. Check out her cooking blog at DebsCucina.comfor some of her famous recipes!
arguments BLM Christianity corona COVID pandemic protests social media