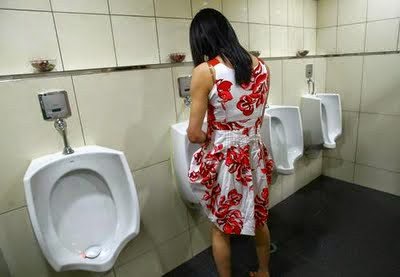 Sometimes people amaze me. I'm at the farm market standing on a long line at the seafood/sushi counter with a bunch of cackling hens talking about Jenner. I couldn't help but eavesdrop while sifting through Asian spices and wasabi that I really didn't need. I always wonder if people realize how loudly they speak, or if they talk loud enough just to get other people's attention for shits and giggles. Usually, people in public who speak about these things are very "accepting" and seem to have this enormous amount of tolerance...till they get on Facebook and start throwing their little Christian stones and tantrums. I guess the one woman particularly didn't care for transgender people, especially after she said she would strangle some "man" if they came walking into the ladies' room. I do live in a very conservative area -- an area where there's no mention of anyone who is even apart of the L*G*B*T*Q ---ever. It's like they don't exist. I remember chatting up a storm with this lady who owned a local liquor store. She complimented me on my ring and asked what my "husband" did for a living. I just said the job title and moved on. It's not because I'm embarrassed to be gay -- it's just that I don't have the time to educate ignorant people who would probably tell me, "But why? I'm sure there's a nice fella' out there for you."

Back to these ladies I was stuck on line with. 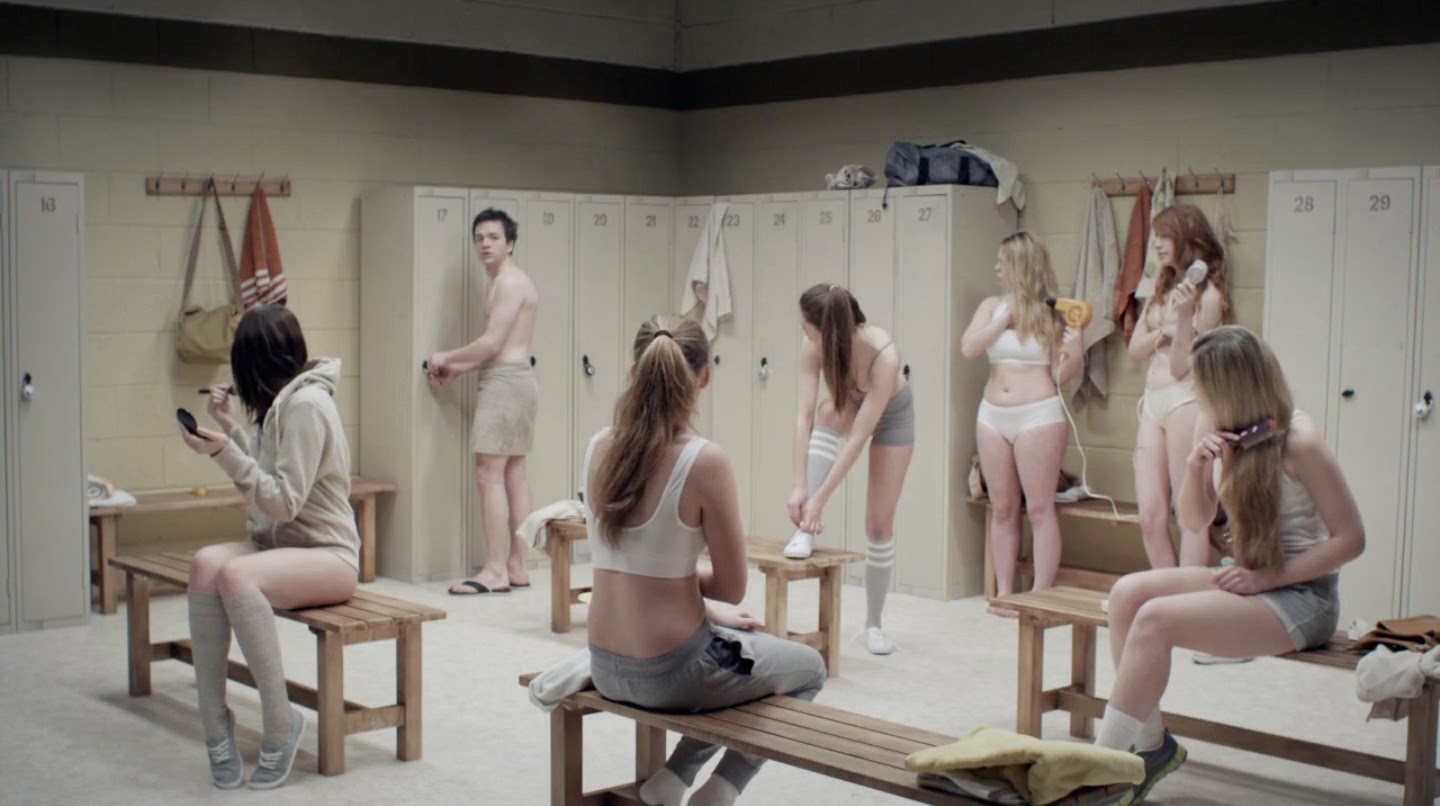 "Seriously though, like if a guy wanted to rape me in the bathroom or the locker room at the gym, all he'd have to do is dress like a woman and say he's a transgender female. I would totally fight against gender neutral bathrooms. Like, I don't care if they're gay and all, but don't invade my space if you were born with a penis!" the one lady said as she made a face of disgust.

So let me get this straight: she's afraid of a "GAY" "MAN" raping her?

It doesn't really end at that seafood counter. I have seen my own friends comment on public postings on articles over on Facebook that were against same sex marriage -- it was called, "Save Traditional Marriage" where they fight to take the right for gays and lesbians to marry legally. I really don't care if people are against same sex marriage or not -- my question is: how is this affecting your life? And if you're going to say it's because you're trying to instill more Christianity into America, then guess what? America has a lot of other types of religions as well atheism too. Just as they say, "Stop shoving your sexual orientation down my throat" -- well stop shoving your religion down our throats -- your deeply deranged misinterpreted religion -- you know, the religion where you twist scriptures to hate in the name of God? That one. 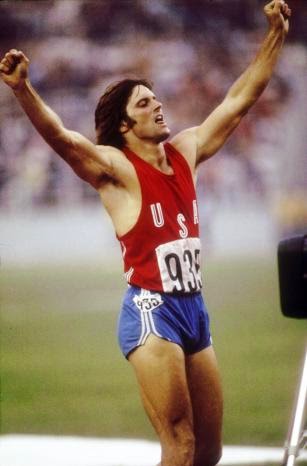 As I watched Bruce Jenner talk about his transition (he said to use the male pronoun until he comes out completely as a female) -- he stated something most transgender people do that makes it difficult for everyday (ignorant) society to completely come to terms with. When Diane Sawyer asked about his gender, he finally said yes that he is indeed a woman, but before that, he stated, "I'm me. I'm a person. That's who I am. I'm not stuck in anybody's body -- that's just who I am as a human being." I personally 'get it' -- but when society hears an unclassified gender when claiming to be one or the other or perhaps even both -- this "I'm me, I'm human and it's about my soul" doesn't hold water for many people trying to understand transgenderism. Most people like it black or white with no in betweens. So you're either a male or female -- which is it?  This is how most think. They can't wrap their noggins around the "you-ness" -- the part where it's just. about. you. and not the gender.

Which brings me to the next confusing topic: sexual orientation vs gender identity. I was happy that Diane Sawyer brought this up, because most people I have come across say, "Well is he gonna be into guys now?" Let me first say that I am so incredibly grateful to have been educated by a few of my transgender friends. They were so patient with me when we had our 'girl-to-girl' tawk'... And I wondered that myself: so umm, are you gay? Being gay has ZERO to do with wanting to be another gender. I remember having a dinner party one evening and my mother secretly asked me if my transgender friend had a "boyfriend". She's an MTF (male to female) post op. I stared at her not knowing how to answer her with only 2 minutes to bring the desserts out. When I did explain that my friend preferred women still, she said, "But he changed into a woman, so doesn't that mean 'he' wants to date men?" 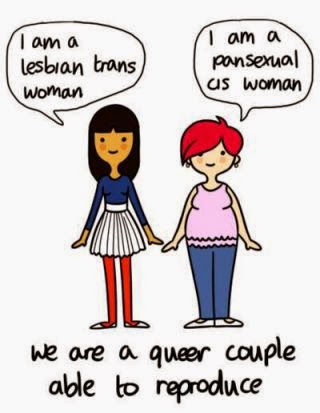 There are many people who are bisexual. Let's even start with cisgender bisexuality. It is what it is -- sexuality is who you prefer to be with romantically. Gender identity is all about the person -- their complete identity as either gender. There are transgender men (FTM) female to male, who transition and still date men. So, would that person be called, "a gay man"? And does it really need a label? This is not a new 'trendy' thing that's taken place -- this is all about people finally coming up to the surface to try to assimilate comfortability with themselves 'as is'.  The issue is not theirs, but society's lack of knowledge or the refusal to sail deep into uncharted waters. And why should they have to? They're comfortable with their familiarity and those who are alike. They want "normalcy" -- because anything out of the norm would be seen as "sinful" or would somehow be a reflection of themselves. The self-absorbed society will not accept this at all.

...which is why I'm worried, on many levels.

You'd be quite surprised over how many of the LGBT community does not accept the "T" within their very own circle. I spoke to a lesbian friend of mine who stated that she does not want transgender women in her circle because she feels that it's a "man" trying to invade her space. As if a man would go so far as to transition just to hang out with a bunch of lesbians. I think not. The ignorance of our own culture and lifestyle baffles the hell out of me. You'd think with all the acceptance that the lesbian community demands and strives for, that they would give the very same acceptance back to those who are transgender. My friend said it was "unnatural" -- being a lesbian is different. "Unnatural" -- now where have I heard that term used before? Leviticus? Corinthians? Romans?

In conclusion of my forever processing thoughts, I applaud Jenner for being a HERO -- for being courageous and standing up and taking the time to educate America. It may have stirred up a lot of anger in many pews across the country, but it's opening up the eyes of society and bringing forth what's been here all along. I truly hope that Diane Sawyer's interview and Jenner's answers made sense to America. I hope that the message fully resonated without confusion. And I also hope that it has given all transgender people a bit of hope that now, it's gone nationwide -- that now -- people are finally trying to understand to the best of their ability. And that now, you get to be who you are, as you always were.

Just a personal message to those who are transgender and believe in God: 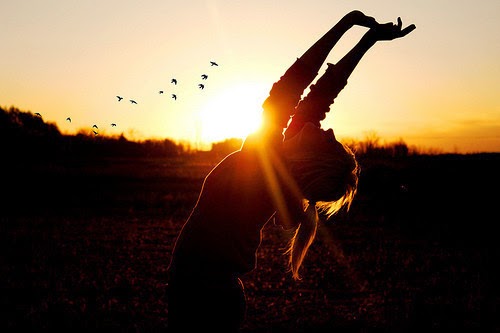 Help us transform the world be being ourselves and understanding the deep need for every person to have the freedom, safety, and support to do the same. Help us transform the oppression we face into determination to stand up for ourselves and for any we see also being oppressed. Help us learn to accept our anger when it is necessary and appropriate and to let it go when it is causing harm.

Help us accept and celebrate the diversity in our own community and show the world it is possible to love each other even though we do not always agree. Help us forgive. Help us listen. Help us let go of stubbornness. Let us worry more about being kind than being right.

Spirit of Life that defies labels and will not be made small by small minds, give us courage to live fully and continue to learn, grow, and transform our selves, our communities, and the world.

May it be so. May we be the ones who make it so.