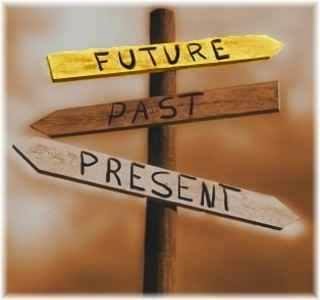 All you have is right now. I've heard it and read it many times. It wasn't until I finally caught onto this concept that the future is all an illusion -- that worrying about things we have not yet to experience is just an unnecessary route to more madness. The other day I was driving home and heard that song "Don't Stop" by Fleetwood Mac. It goes, "Don't stop dreaming about tomorrow, don't stop, it'll be here soon. It'll be here better than before -- yesterday's gone, yesterday's gone." When the song ended, the DJ said something much more profound than his listeners probably took it. He said, "If you have one foot in tomorrow and one foot in yesterday, whaddya' all doing about today?" Then he chuckled and went on about his show. Lately, I have been asked so many things about my future. Someone asked, "Well, 'if this happens' then what will you do? You need to have a plan." 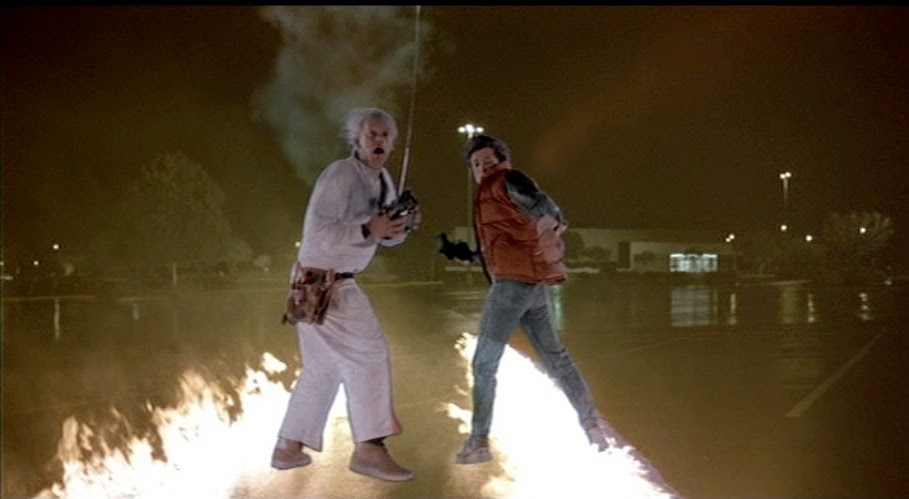 Nope. No plan whatsoever. I plan to be in the present. I know that sounds very 'hippyish' and vague about my life -- perhaps even irresponsible, but the fact is, it would be more irresponsible of me to worry and fret every day, every single present moment about the future. Like my father said before he died, "All those wonderful years, having my own business, enjoying time with the family and just. like. that. (snaps his fingers) -- it's all gone and your life is about to end. What's it all for?" It's not to say that life is just meaningless, but more so that today -- the day that you can see right before you is much more important. Your steps today create your future, but when you constantly live in the future or the past, you sabotage the one thing that is truly real: this very moment. 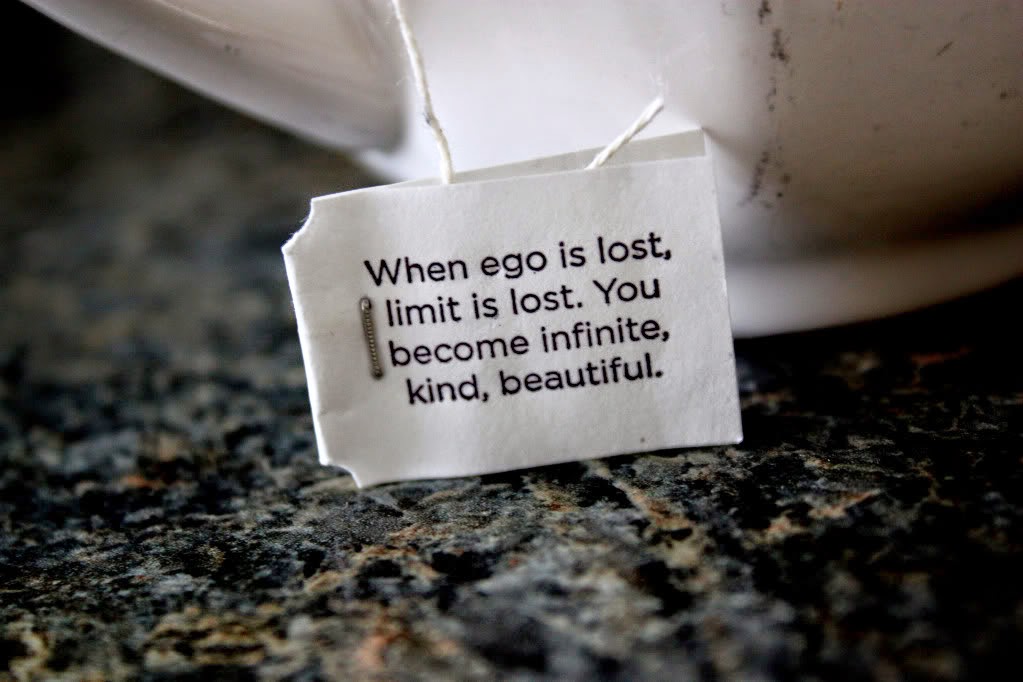 Throughout the years of my writing in this blog, I have tried to help those who are gay and lesbian who also love God, to accept and love themselves as well. The problem lies with God's followers -- not God Himself. So when I battle controversial debates whether being gay is wrong or right or what the Bible says and how people interpret it -- it's not about defending myself as it is about helping other people to love themselves. Many Christians make people feel bad about themselves and tell them they're going to hell and that they live a disgusting lifestyle. They make them feel worthless. This is NOT love at all! In fact, it's the total opposite. It's fear. I remember Dad used to say, "It's better to be feared than loved." He said it jokingly (I think), but think about what the egotistical mind does: it puffs out its feathers and says, "I'm better than you!" Fear makes people lash out, possibly discrediting all they ever believed about "GOD". Thing is -- you don't have to give up your beliefs, but you should give up your ego and realize that faith is just that: a belief system that cannot be proven. 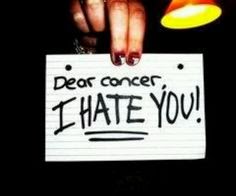 I'm still learning. I learned that "the now" isn't always pleasant. It is not a pleasant experience to watch Mom battling cancer. Sometimes "the now" trickles into the "what ifs" of the future. I have a lot of work ahead of me. But when I focus one day at a time, I can pull myself together more. It hurts to see her suffering and going through the side effects of all the chemo and radiation. It pains me to see her get up at the crack of dawn to be at Sloan-Kettering in NYC when she barely got an hour's worth of sleep. They talk about enjoying "the golden years" and I wonder how much enjoyment is she truly getting out of life. Even with the faith we all have that she's gonna pull through this, "the now" can sometimes really suck. 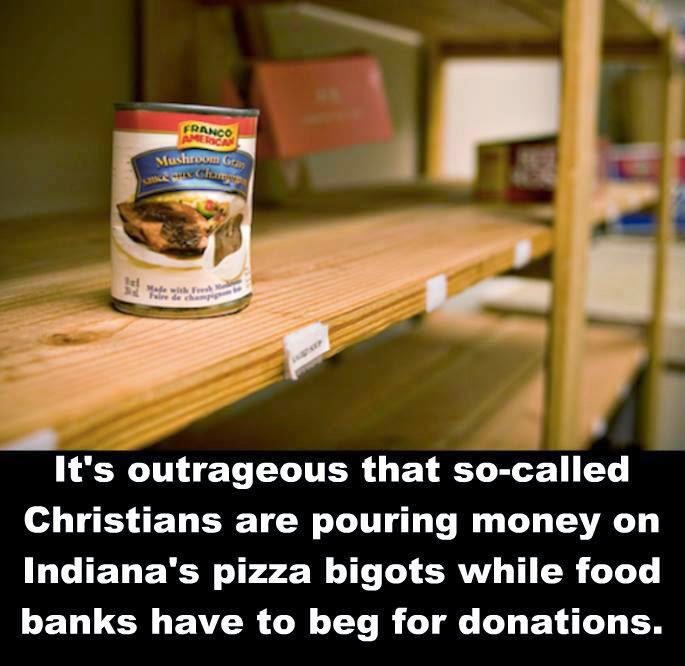 Anyway, just to sidetrack a bit, remember that Indiana pizzeria called, Memories Pizza? The owner who was interviewed by a reporter was asked a hypothetical question: "Would you cater to a gay and lesbian wedding?" And the owner stated that they would not, however they would still serve pizza to those who were homosexual. And how can you really know who's gay or lesbian unless you ask them? But anyway, they closed their shop due to harassing phone calls and a ton of social media outrage. Hey listen -- people are passionate about equal rights which is fine, but to harass people who disagree with your lifestyle is wrong as well. Just leave them. Just go on with your life and leave them alone. Why call them and threaten their lives? A fundraising page was held for this pizzeria and they made off with almost 1 million dollars. Let me say that again: 1 million dollars!  This money was donated from other Christians who felt bad for the owners who stood their ground. Here's my question: how can you give almost a million dollars to a pizzeria who discriminates against gays and lesbians as far as catering goes, but yet our food pantries and shelters are at an all time low? That one is a bit much for me. 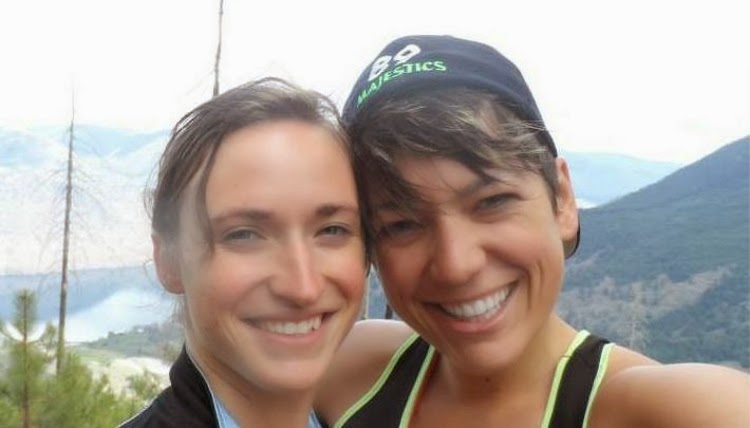 Then there was a twist to this interesting story. A lesbian donated $20 bucks to the owners of Memories Pizza. Courtney Hoffman wrote a personal note to them, on our behalf.

“As a member of the gay community,” she wrote, “I would like to apologize for the mean spirited attacks on you and your business. I know many gay individuals who fully support your right to stand up for your beliefs and run your business according to those beliefs. We are outraged at the level of hate and intolerance that has been directed at you and I sincerely hope that you are able to rebuild.” She also added that “there is a difference between operating in a public market space and then attaching the name of your business to a private event,” acknowledging that she would turn down a request to organize an anti-gay marriage rally.

OK, so I have mixed feelings on this. For one, bravo for taking a 'different route' and brave enough to do so. I give the couple credit for seeing a different point of view. I tend to do that myself at times. But, she is missing the entire point of this. If an anti-gay rally came in and requested an "event" from Courtney Hoffman, of course you would reject them. Same goes for Christians: if I walked in and said to a Christian baker, "Hey, I'm running an anti-Christ rally," I sure hope they would turn me away. But the issue here is rejecting a gay couple who just want a cake, or perhaps a pizza reception (God knows why). Maybe the couple are two Christians like us? Her point is invalid. It's the same useless points given when they say, "Well if the KKK came in we would reject them too." And believe it or not, the KKK did come into a bakery asking for a cake for their event and was turned down. Guess what? They won a lawsuit. 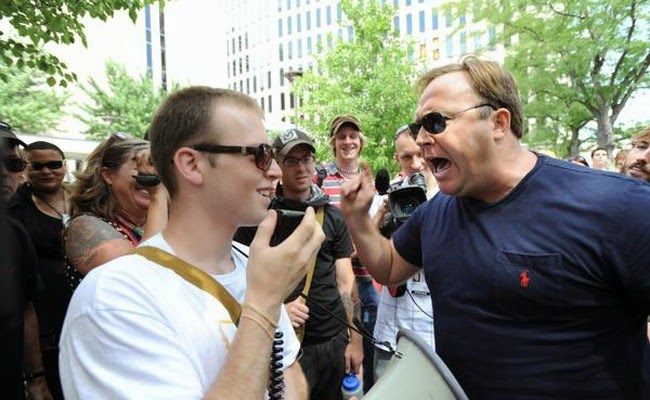 OK, I sidetracked a great deal. My POINT is: who cares? Seriously -- you will not go to hell if you serve someone of a different stance. Anti-whatever -- you still get money, you still get to go to "your heaven" -- you still have your dignity as a business owner. Why are people so angry at other people. Let them hate, let them love, let them rally, let them do whatever it is they are called to do. Why are we so worked up by others either not serving us or being forced to serve someone of another lifestyle? It really doesn't matter. The stress that you put yourself in by grinding an ax over someone who is "offending your god" is more detrimental to your health than anything else. The negative energy that goes into it all -- the fights -- the intolerance and bickering -- is it worth it? Even online debates -- why? I know I do it and at this point, you can't convince me that being gay is wrong, nor can I convince you that there is nothing wrong with it. We have to accept that our opinions, faith and thoughts are our own and cannot be changed, unless we're really not sure about our convictions. 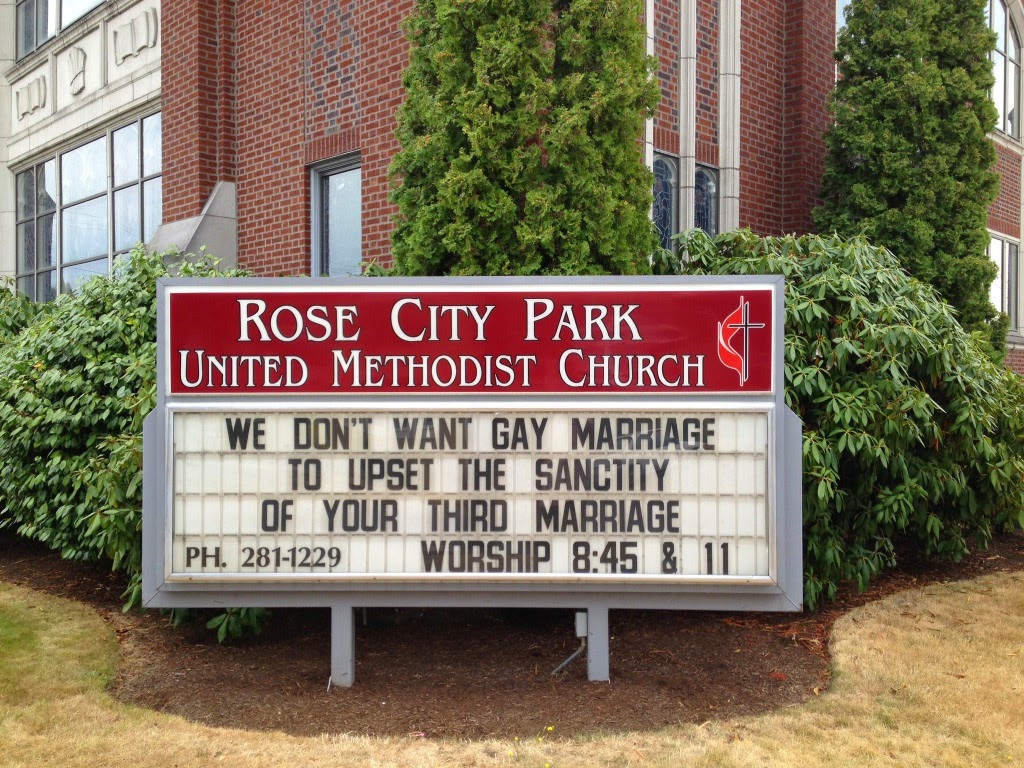 At this point, it seems like we're all intolerant of each other. We see something 'different' from our environment and we FEAR it. We put energy toward that and we let it feed on fear. Do you really think that gay marriage will ruin the sanctity of traditional marriage? Hasn't Kim Kardashian proved that to be wrong? I also get, "Well, you can't reproduce." OK, so let me ask you this: a man and a woman get married. They try to have a baby and well, the doctor said that the husband's sperm count is too low and that they cannot conceive. What then? Ah, artificial insemination? Adoption? Not natural my Christian friends. But, it IS natural to adopt a child with love, no matter what gender raises them. Some straight parents shouldn't have reproduced at all in my opinion. It's not about reproduction. It's about love, loyalty, growing old together and living a life you want to live. What about that quack, Pat Robertson? All he can talk about is the gays and anal sex. You know, don't go guessing what I do in my bedroom because that's far from the truth. And what about a straight couple? Does he condemn them for anal sex as well? It goes both ways. Hmm, bad example.

What a waste of energy to concern yourself with other people's lives. There is nothing you can do to change it. And yes, it is between God and whomever, or wait -- some people don't even believe in a God. And if you wanna go even deeper -- prove to atheists that there even is a god! It doesn't matter. YOU do the right thing and YOU concern YOURself to YOUR business and get YOUR nose out of other people's bedrooms...and bakeries. Start with "NOW". Start with loving yourself. Maybe if you had a little self-respect and love for yourself, you can also give it to others just as freely. But I see many of these aggressive Christians are nothing more than angry little homo-hunters on a beheading mission. It's time to live your own lives folks and thank God for the present moment right now, because you may not get another tomorrow. No use. I have bigger fish to fry.

For more of Deb's articles, please visit: www.debrapasquella.com or join her on Facebook and Twitter. Check out her cooking blog for some of her famous recipes!
at April 08, 2015