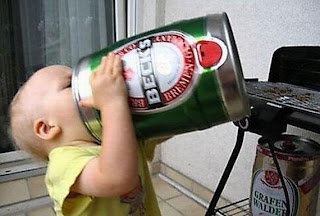 Did you ever wonder about people's "bad habits" and why they do what they do? Some people smoke, some people drink, some people do both and others head to the bigger stuff to fulfill their "highs". I remember when I used to smoke two packs a day as a teenager. Addictions start at a very young age, especially today. You'd think a teenager wouldn't have a care in the world: no bills to pay, no steady job or health problems from aging -- just school and it's trivial little teenage dramas. But there's much more pain involved: lack of acceptance, low self-esteem, stressors from flunking, and of course, being bullied. I had all of those "problems" that caused me to not only smoke, but drink heavily as a kid. Health class taught us that smoking was a stimulant, but every single time I took a drag of my cigarette, it relieved my anxiety somehow. With each puff, my problems seemed smaller. And not that it got me "high" --- there was a relaxing feeling about it. Alcohol came into play and I started drinking to relieve other tensions. So my poison of choice was always cigarettes and alcohol. Most of my friends were heavy drinkers, and even today, kids are starting at a much younger age. That scares the hell out of me. As an adult, I took it upon myself to quit smoking. Madelene was always kicking me out of the apartment if I wanted to smoke anyway, and with the weather being below zero, I decided that yeah, it's a good time. Eventually, food became much more enticing now that my taste buds started waking up. Ain't that a bitch... You quit one addiction to head full steam ahead into another, and voila, I packed on the pounds. I even did a 90 day clean out in AA which led me to be very resentful over the hypocrites that ran the meetings. They substituted one addiction for another. I cannot tell you how many monstrous size donuts and cakes came rolling through the door...with the members rolling back out. They passed out hard candy and chocolates around the table, with the excuse of, "It's better than a drink." But is it? 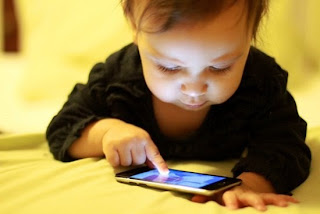 Life is full of addictions to appease our minds, our busy busy little noggins. We make excuses for them and say, "I'll quit tomorrow," or "I'll start my diet tomorrow," or even, "I'm gonna stay away from the computer all day tomorrow," until they check their iPhone to see if they got any notifications from their social media crack. And don't get me wrong -- I'm completely guilty of it too. In the doctor's office, I'm scrolling, scrolling, scrolling just like everyone else in the waiting room. We SCROLL. ("They see us scrolling, they hatin'"-- can you hear it in your head?)  Right there, that proves that your photo of your dinner was indeed important to us and even the 257th picture of your kid had entertained us for a mere millisecond. Our computer-related ADD leaves us craving for more instant cyber gratification. Status messages are very important - they let us know that our life isn't so bad when you bitch and moan over your dramas. Then when we whine, we need validation that "we're right" and that our complaint is valid. We look for constant approval, and if that addiction doesn't satisfy us, we go to our retro "drug of choice" - whether it be drinking, smoking or eating, perhaps while on the computer. Addictions can grab hold of your little ones too. When I'm hanging out with my niece, her cute little face (that I just wanna pinch) glows bright blue from constantly being on her iPhone, playing some game or scrolling through her Facebook. The only thing I had as a kid was a cool digital calculator and game watch. Remember those? I could just imagine if the iPhone was available when I was young. I'm trying to "unplug" the best I can and be outside a lot more...until I get a notification.

For more of Deb's articles, please visit: www.debrapasquella.com or join her on Facebook and Twitter. Check out her cooking blog for some of her famous recipes!
aa addictions drugs iPhone smoking social media social media crack teenage drinking