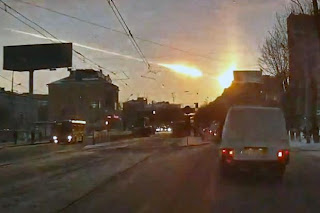 There are times when the media is "fun and entertaining" and there are other times when the media can be questionable, or somewhat skewed in their facts. But the one thing that makes me crazy are conspiracy theorists conjuring up all sorts of stories to try and "debunk" whatever's brewing. For instance, remember the claims that the conspiracy theorists made about Newtown? They called it The Sandy Hook Shooting Hoax and claimed that they were all actors and that the tragic ending of childrens' lives were all staged. It went viral. Surprisingly, many, many people believed it because it was so incredibly shocking that some people just didn't know how to react to it, which resulted in various versions of the story. People are human and they get nervous -- they were traumatized. How are they supposed to act? In this video, you can see how "believable" it could have been if it just went a step further, one step towards truth. But it didn't. Conspiracy theorists claim 9/11 was a hoax and the government blew up the towers. We're made to believe awful things about our own president. And hey, if I'm wrong then fine, but the fact of the matter is, the theorists don't have concrete truth...or do they? As you've probably heard, there were hundreds hurt when a meteor struck Russia yesterday. I'm sure all the theorists are scattering around blaming HAARP for this "air strike". (The High Frequency Active Auroral Research Program (HAARP) is an ionospheric research program jointly funded by the U.S. Air Force.) Was it an act of war or an act of God? There's another question looming inside everyone's mind: with all our technology and military backbone, why didn't anyone think about striking the meteor before it hit? Couldn't it have been stopped? See how people can believe it was all a plan? They also blame HAARP for earthquakes and for the weather changes in our atmosphere. Science can rule that out and show you that this is indeed a pattern and has happened many years before our lifetime. 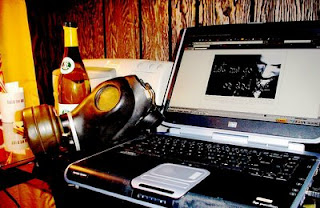 I remember about 15 years ago, I was sitting in church listening to the pastor ramble on about how we are the "end times" and that we should all be prepared. At that time, the war was going on in Iraq and people feared for their lives with all the chemical warfare and suitcase bombing threats. Religious people scare the hell out of me, and yet I believe in God. But "religious" freaks tend to push the envelope a little and persuade people into being apart of their church and religion with scare tactics. If religious people are that "faithful" -- why would they try to instill fear into others? Do you remember post 9/11, when there were escalated terror alerts -- everyone started duct taping the insides of their homes because they feared chemical warfare attacks and some of them actually suffocated and died? I remember I grabbed a gas mask and ran into the living room where my father was and said, "We've been attacked! There's only one mask! I'm sorry!" He laughed so hard, that he had tears streaming down his face. The photo to your left was my office -- a bottle of wine and a gas mask. If I'm gonna be taken out, I wanna be drunk.  I'll never forget the time I was working out at a nearby gym in the late afternoon. All over the news, the terror alerts were "red" and at the worst. Everyone jumped at the slightest noise. After my workout, I went inside the tanning room and slid into the coffin-like bed. As I was finally relaxing, listening to music through my earbuds, I felt and heard the biggest bang ever! It shook the gym and made the floors ripple into little sonic waves. Let me tell you how fast that tanning bed cover flew off. I jumped up, ran up to the door and opened it up...topless. One lady saw me and said, "For the love of God, ya' think these lunkheads would place a weight down properly!" Months later, people still had the fear of God in them. I made plans with a bunch of friends to have dinner in the West Village. We found a nice place, but it was so crowded that we had to literally sit in the alley. Thank God it was late August. As we were all having a good time, we heard a loud bang - like an explosion. We all got up and people were running to see what was going on beyond the buildings that was hiding the fiasco. As we turned the corner, they were shooting off post 4th of July fireworks. My point is, I am so sick and tired of the media scaring the bejeesuz out of everyone.

Personal fears that control me: 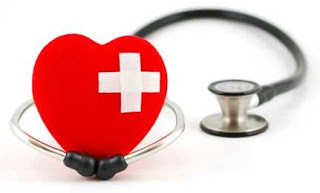 I fear what cannot be controlled. I fear having a stroke or heart attack. I fear having a health issue late at night or somewhere in public. I fear -- fear itself -- having an anxiety attack in public or just having one period. I fear taking medicine. I fear side effects of anything. I fear getting allergic reactions, so I keep Benedryl in my pocket and an EpiPen in my purse at. all. times. You'll never see me without it. I fear getting the flu. I fear my carpel tunnel pain in my left arm is a sign of a heart attack. I fear Madelene falling ill. I fear my Mom not feeling well. I fear being around certain people which will remain nameless, all because I don't like confrontational people. I fear getting an asthma attack, even if I have all my inhalers and ways to cope with it. I fear I fear getting the results of my MRI. (Yes, I never got them back.) I fear checking out the mass on my left kidney that was found.  And generally, if you ask me if I fear death itself, I would have to say no. I fear suffering - emotionally and physically. You get my drift. 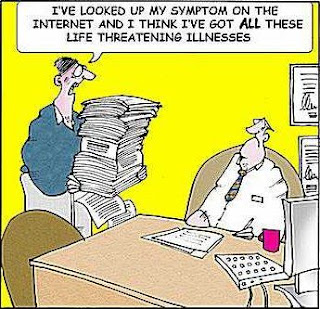 Who plants all of these fears into our heads? In my opinion, the media has a huge chunk of us all scrambling out buying different types of medications to help us out if our fear comes true. For instance, watching Dr. Oz tell women how to prevent a heart attack and giving signs and symptoms of one will freak me out. I can't watch certain health shows due to the fact that I'll end up having whatever it is they have because they demonstrated similar experiences to my own. If I have a symptom, I Google it. Worse. thing. ever. Most of my problems stem from the internet due to some idiot saying, "You're gonna die! Go to the ER ASAP!!!" Sometimes, my sister will tell me her back went out. Not even a day later, mine's out. (Which by the way happens to us both with one another for some strange reason.) Watching the news, they stated that certain foods can 'cause this' or 'cause that' - and so, I end up eliminating those foods from my diet. They reported radiation levels and an overload of mercury in fish. You will never see me eating fish unless of course, it's Chilean sea bass. That's just a huge weakness of mine. I blame it on the media and mostly for believing and taking on these ailments psychosomatically. Have I become a conspiracy theorist by believing everything I hear on the media are all scare tactics to make you run out and buy all the pharmaceutical products you can dig up? Maybe. But for now, I'm going to try to do everything in fear. I guess that's the only way, media or no media. Maybe I should fear the media. Then again, I can always blame HAARP for my erratic emotional states and illnesses. "They say" HAARP is able to produce magnetic frequency to control and produce anxiety, fear and depression. Hmmm. What do you believe?