Everything has become so impersonal. You get happy birthday wishes on your Facebook wall - no card or phone call. If it weren't for Facebook, perhaps your birthday would be forgotten altogether. You no longer have to wonder what people are doing on the weekends or what they're up to during the work week and if it sucked - they always let you know. The funniest entertainment for me are the ones who create those little online dramas online with a status message indicating how upset they are over people commenting over 'this' or 'that' or posting whatever. Who gives a rat's ass? And as much as I would like to think that Facebook has dwindled down a bit, like Myspace, truth is, it hasn't at all. In fact, I want to even say it has gotten worse. This is why I'm more of a fan of Twitter. It's an outlet for whatever and however you want to express yourself and you can hashtag a topic in order to start a conversation about a particular topic. I also find it one of the best news sources (with links of course). 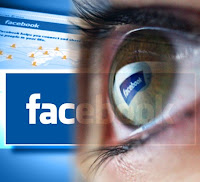 The most disturbing part of Facebook are the ones who have just broken up with a spouse or partner. At times, one person leaves their account fully open just to rub things in the ex's face. Get off their page! (But is it possible?)  Maybe they'll post a picture of a quote stating their feelings or indirectly insulting the person of interest... And keep in mind that people will only show you what they want you to see. They could show you everything in the world, from traveling, new house, new lover, new this, new that --- but have they really moved on?  You'll never know. Facebook is not a truthful place to go if you're seeking answers. And no doubt, there are people out there who do put out too much 'truth' - inappropriate truths to where it hurts someone else in some way or another. 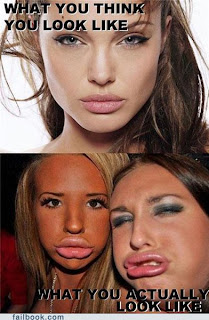 What about photos? You have the self-posed bathroom portrait with some dirty underwear on the floor, or the 'pucker-lipped-I-pretend-to-have-collagen' shot which looks worse than it sounds. I love the pics where you can actually see the arm extending the phone cam in order to get the profile picture, raised high enough to enhance 'features', even some major cleavage (or minor/enhanced). We can create this world/illusion of ourselves through this hellish forum of online social media, but what's really brewing underneath that online persona?  And hey, I would never take a photo right when I wake up, but apparently, there is an online social networking forum where that's the big thing now. Maybe I'll start posting some bed head pics.  But for now, I'll just keep my "fan page" (hate that it's called that) for my writing, and my personal page to post an overload of pics of my dog and alcoholic beverages. But please, don't hesitate to keep me entertained. I love every dramatic post that gets plopped on there.