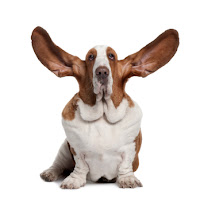 You can only do so much for someone you care for when it comes to helping a friend out with personal problems in their life. We all want to be that friend or spouse who is there for anyone at any given moment, “I’m here for you” seems to slip out of our mouths too loosely, and for some people, they take full advantage of that. In any friendship or intimate relationship, there needs to be a balance or it becomes a therapy session. Have you ever felt as though you’re someone’s therapist when you spend time with them? The conversation is one-sided and the person actually doesn’t even realize it. You try to connect with their eyes and nod here and there while dozing off into another land after the second hour of their session. In primitive days (yes caveman days, bear with me here), people were told to find a mate who has broad shoulders, not only to carry in the wood on a snowy day, but broad shoulders in terms of carrying your burdens, woes and problems in life. It should be a give and take. And it’s a fact that if you spend too much time with someone who is severely depressed, or only talks about depressing things, you will eventually be depressed too. Same thing with those negative people - you will catch the bug and become negative as well. We’re all at risk for becoming emotional sponges, unless we put up boundaries. I’m not saying don’t ever be there for your friend or spouse, but to have limitations and an understanding of “ok, now it’s my turn to vent”. It really shouldn’t have to be said. 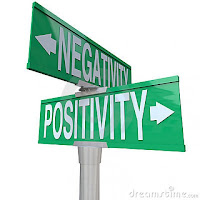 Not too long ago we had a few friends over the house and we were having fun and enjoying the evening. I noticed one of the girls would actually corner anyone of my ‘soft guests’ (meaning goodhearted/able to speak to easily), and would purge every single piece of detail about her life. They even went back to their childhood and wouldn’t give the other person a word in edgewise. I could see my goodhearted friend give ‘the stare’ with her eyebrows raised and right then, I heard her thoughts: “Oh my God get me out of this. How do I get out of her grips. She has me cornered. Stop. Stop. STOP!!!” As with anything, moderation is key. Drink in moderation, eat in moderation, TALK in moderation. (That doesn’t go for writing - you can opt out of this post at any time.) But I’m sure you get the gist of what I’m saying. At any given rate, my friend was able to get away from this gloom and doom yapper, but the yapper found another sad ear to cling onto, and luckily, she was another depressive yapper. These two people did not leave my house until 3am. They were the only ones left besides my friend who was sleeping over and my wife and I. We literally had to say, “Okay girls, we have to go to sleep now.” They got the hint and started packing up, but while standing near the doorway, the conversation started up again. It’s as though there were absolutely no social cues. How do people do this? Do they even realize they’re stepping over boundaries? Or is it me? One thing - I can see if people are talking about something of interest, but this was the most dreadful conversation about illnesses, death and breakups --they even went as far as the ol’ ex bashing. I didn’t want any part of it. OUT!

It’s so nice when you have a friend where you can share some sad stuff, complain a little about this or that, but balance it out with laughter and positive stuff as well. Nobody likes to be around a negative Nelly. And most of all, let your poor friend speak. When it becomes a one-sided conversation, you’ll see less and less of your friend, unless she has a heart of gold. Next time you’re out and about with a buddy, when you come home, write down all the things he/she said to you. If you have no content, it’s time to start lending an ear and zipping the lip.