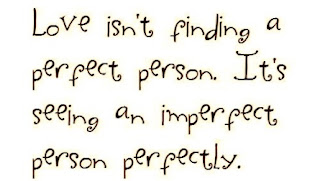 For a while now, I’ve been watching a few of my friends struggle with the dating scene. Either he or she is ‘too this’ or ‘too that’ or just not the right fit. Hey, if you don’t like someone - whaddya’ gonna do, right? But what I’m seeing is more of an 'I’m getting up there in my years and I wanna meet the PERFECT person' type of mindset. There is no such thing as “the perfect person”. Let me say that again, there is no such thing as the perfect person, until you fall in love with them. Loving the imperfections of somebody; their idiosyncrasies and quirks are sometimes missed when that person isn’t there for them any longer. Before I get into my funny experiences with Madelene, let me just talk about my mom and dad for a moment. Ever since they retired and settled down into their empty nest, since everyone had since left, they did something different to keep the house exciting. They started by staying up late and having a cocktail together. Then it turned into getting up at 2am to have coffee, watching TV and talking. This ritual went on for over five years. After the third year, my mom would always complain and say, “Ugh, yer’ fatha’ woke me up again at 2am to have coffee. I’m so tired!” I said, “I thought you liked that?” And she quickly reminded me that it ruined her sleep pattern and that she would rather stay asleep till later that morning. This was the top complaint and I told her, “Ma, just tell him that you would rather have your coffee around 5 am or so. Simple.” I guess she saw he enjoyed doing this, so she let it go on. 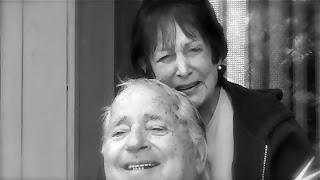 If you’ve been reading my blog, you already know that dad is sick right now. He still gets up and makes her coffee at 2am because he thinks this is what she loves. She never told him she didn’t prefer having it at 5am. (I really don’t see the difference.) However, on the first day he stopped making her coffee because he was so zonked out from the morphine and oxycontin, she looked at me with tears welled up in her eyes and said, “He didn’t get up at 2am this morning to make me coffee.” I asked, “Well did you sleep okay?” (Thinking she was relieved in some way.) “NO! He didn’t get up for me!” she said in a panicky voice. I knew what she meant. When he would spend a week or two in the hospital, she would get up at 2am and make her own coffee. I know women can be quite fickle, but my mother didn’t realize how much she loves when dad gets up to have coffee time with her. He’s home now and hospice comes during the day to care for him, and yet he still gets up to make her coffee - not for himself because he has no appetite for any food or beverage, but just to make it for her, because this is what “he thinks” she loves. And now, she does love it. She’s sad when there’s no rustling in the kitchen 2am in the morning.

All the times my mother would complain about my father’s lack of hearing or botched up understanding of what someone had just said has now turned into a comedy for her. For instance, I came over once and said, “Hey dad, I brought you over some quesadillas!” He’d scrunch his face and say, “Wha? You got me a case of beer?” Madelene and I were outside on their patio and we noticed there were tons of flies around. She walked in and said, “Hey dad, do you have a fly swatter?” He said, “Wha? You wanna glass of ice water?” There are A TON of similar instances where my mom would roll her eyes and say, “Ugh yer’ fatha’ doesn’t understand one thing I say!!!” And now, it lights up her entire day when he messes up like that, and at times, I think he does it just to make her laugh. So, all of those little quirks someone has or their idiosyncrasies that can drive someone straight into a loony bin are accepted by unconditional love and acceptance. 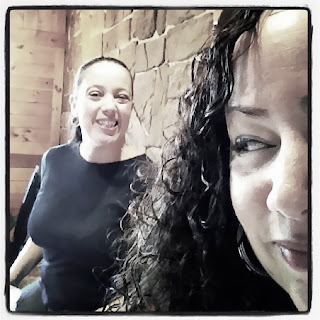 Even with Madelene and I, we always bust on one another. I always ask her if there is something about me that annoys her and she just smiles (like a liar) and says, “No sweetie, nothing at all.” Of course I feel guilty about the long list I have for her... No lie - that woman can sneeze a hundred times in a row, so loudly, that by the time she hits her 10th sneeze, you’re already deaf. I used to say “God bless you”, for each one, until her allergies got worse and worse. I stop at the second. I know it’ll go on forever. Sometimes while watching a movie and it’s at the most important part, she’ll start in with her sneezing fits and I’ll just lose it and say, “Go take an allergy pill or walk out of the room!” She stares at me while holding her nose really tightly and then says, “I’m sorry!” Then we eventually laugh and realize how stupid my complaint really is. At night, she’ll snort because nostrils close up, and then I’ll clear my throat and say, “You ok?” She just says, “Yep.” But when we were apart for some time during our separation, I have to admit I missed hearing her sneeze (in the other room) and missed her little snorts at night. I actually missed her pajama pants on the side of the bed when she would leave for work that ‘used to’ annoy me. I was also sad to see there weren’t any shells from her sunflower seeds floating around where she had been sitting. I would always have this little trail of dried up shells lying on some tissue somewhere. All of that was gone. 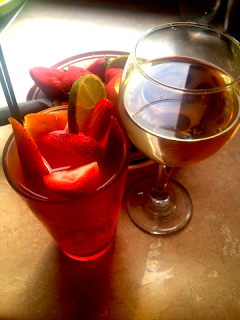 My point is, if we all focus on the little things that annoy us, or we have some sort of complaint about our other half or someone we’re interested in, we’ll never find true love. Every single person has something that’ll eventually ‘annoy’ or irk us in some way. Even Mad puts up with my hypochondriacal ass and has the patience of an angel. She’ll even ask, “Do you want me to take you to the ER or doctor right now sweetie?” I mean, after the umpteenth time of fleeing to some doctor because of a phantom pain or ailment, she should know it’ll pass. But to make me feel comfortable, she does whatever it is to comfort me. Can you imagine if we were in the first stages of a relationship? You learn to accept the bad with the good. And overall, with perfect love, there’s much more good than bad usually. But when we get older and we’re still searching for our perfect ‘soul mate’ (if there’s such a thing), why are we looking for perfection? I realize for many people it’s nice to have things in common, but it’s also wonderful to share in things not in common. Madelene and I are complete opposites and I love it. She love fantasy/vampire/cops & robbers type of action movies, while I’d rather watch a romantic comedy or some Lifetime-like flick. She likes fruity complicated beverages while I’ll just pop open a beer or open a bottle of wine. Easy peasy. She likes the wings, I prefer the drumsticks. She loves the rings of calamari, while I prefer the squid whole, with tentacles and all. But if you think about it - it’s perfectly matched and complimented. Our taste in music is wayyy different. I don’t think I’d have her any other way or would ever want to change her or who she is. We’re two separate people sharing space on this earth together. We’re not twins. We’re not trying to mold one another into our own clone.

In my opinion, that’s how it should be. If you wait for the “perfect one” to come strolling into your life, you might miss out on the amazing differences and the sharing of yourself with someone incredibly special. When cupid finally strikes and you’ve fallen in love, then that person who seemed ‘somewhat imperfect’ becomes the love of your life. When I used to complain about a new relationship, my mother would always say, "You'll learn to love em'." And it's not in any way meant to imply "settle for less", but to give the person a chance instead of throwing away something that'll make you happy the rest of your life. I hope I have what my parents have. That to me, is perfect love.