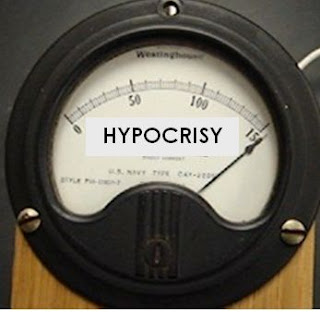 Milk Street Cafe in New York City near Zuccotti Park has closed due to the Occupy Wall Street movement. The owner of the cafe said, “Hope you're happy, Occupy Wall Street. All your rabble rousing has driven a small business owner out of business.” Not only was this business severely affected by the 9/11 tragedy, but now our own people - New York protesters - people who want to ‘give it to the big corps’ are certainly giving it to the small mom & pop stores. Occupy Wall Street protesters are no different than the big greedy corporate world: they don’t think about anybody other than themselves, they act like pigs, they are defiant, rude and most of all, take away business from hard working people who are trying to make it out there. There is absolutely no difference whatsoever. A bunch of hypocritical unemployed asshats roaming the streets, smoking pot, banging on drums and pissing on patrol cars are sending one solid message: we’re bored. They’re quitting their jobs (to complain about no jobs) just to be out there ‘being apart of the movement’ so they can tell their grandkids that ‘they were there’. Most of them are all wearing designer clothes (from big corps), taking photos and videos with their iPhones (big corps) camping out in very expensive tents (big corps) while smoking cigarettes (big corps). Why don’t they boycott all their luxuries from these big corporations if they’re so serious? Why don’t they boycott so that these businesses will eventually be run down into the ground, as they did to these small mom & pop businesses?

Hyp-o-crite [hip-uh-krit] - “A person who feigns some desirable or publicly approved attitude, especially one whose private life, opinions or statements belie his or her public statements.” I can’t think of a better word to describe this movement. People are saying that they have just begun. Eventually, NYC will be closing its doors because they’re driving people, businesses and all self-respect out of the Big Apple. The sad part is, on a personal note, is that I agree with their said reasonings of why they’re protesting. I disagree with the way they are protesting. The behavior, the drug use, the violence are all reasons why many potential clientele are turning onto a different street in order to go to other businesses, leaving these other poor souls who are too close to the protest to starve. OWS, aren’t you supposed to be on our side rooting and protesting for the small business owners and the people who are struggling to make ends meet? No. You are all too self-absorbed to see what’s happening right in front of your face. You’re too busy trying to film cops spraying unruly protesters, the same cops that are trying to protect our city from terrorists. You can’t see it, perhaps from all the marijuana smoke that plumes out from your crowd. Maybe you can’t hear our business owners trying to plea with you to move it along so that they can get at least two customers into their stores, but the drums you are all banging on are much too loud to even hear your own people beg. You’re too focused on the one thing that has gotten you to Occupy Wall Street: greed.
(Side note: Bear with me as I have disabled the comment section. I'm trying to install Facebook Connect, where people can sign in using their Facebook accounts, since Blogger is difficult to sign in without having a Blogger account. In the meantime, if you want to comment about this particular article, please click here & let me know what you think...Don't forget to "LIKE" the page if you'd like to be updated. Thanks!)

For more of Deb's articles, please visit: www.debrapasquella.com
at December 15, 2011