Do We All Secretly Live In Fear? 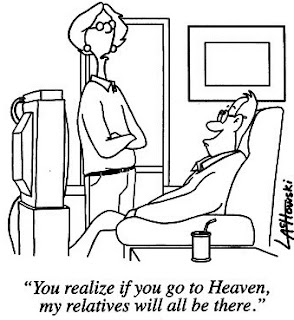 It’s no wonder that the biggest of all debates, besides the political ones, are religious ones. It’s amazing to see people battle with something, or (someone) that they absolutely cannot prove. Some will scroll down to a scripture in their bible to prove its truth, but when a bible or any scroll has been written by man and translated a bazillion times, how can we go by this? Faith is the answer. No one can argue with what you believe in, unless of course you have scientific proof to back it up - and I don’t mean testimonials, (although I love hearing them). Some people believe that religion was “invented” so we as humans wouldn’t have to fear death. It was meant to be some sort of security blanket for all who were scared. I’m grateful that my belief is truth to me, and yet, there’s that small little seed of doubt about my afterlife. I accept it because it’s completely normal due to living in my physical being. But all of those unexplainable happenings, revelations, spiritual experiences - something has to be out there. Then you have mental illness claims to throw into the batch of people who believe they have seen or experienced something spiritual. In fact, for the people who had died momentarily in the hospital and made it back - they all have that similar ‘I went through a tunnel and saw a light’ experience, and some even say that they have seen relatives greet them. Then science slaps them in the face to say that when we do ‘check out’ - our brain manifests that image, like shutting down a computer.

“My” truth is - science will never coincide with spiritual faith. Why would God want us to figure it all out? We would have nothing to stand on - no hope - no mystery - no tests without saying, “Oh, I know what’s going on here...” When people are staring death in the face, it’s amazing all the things they come to realize. I love Steve Jobs' quote on death. It gives a dose of reality with a touch of grimness to it... “No one wants to die. Even people who want to go to heaven don't want to die to get there. And yet death is the destination we all share. No one has ever escaped it. And that is as it should be, because death is very likely the single best invention of life. It is life's change agent. It clears out the old to make way for the new. Right now the new is you, but someday not too long from now, you will gradually become the old and be cleared away. Sorry to be so dramatic, but it is quite true.” ---And while we all want to believe that there is a higher being, statements like these make you kind of wonder, even if you’re the most religious person. 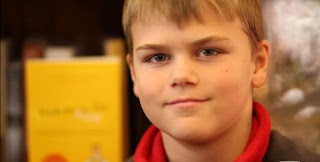 What about Colton Burpo? This 11 year old boy claims he has seen Jesus while he was dead momentarily when his appendix bursted in 2003. Taken from this article, it reads, “During an automobile trip, when Sonja Burpo asked him about his memories of being in the hospital, little Colton replied: 'Yes, Mommy, I remember — that’s where the angels sang to me.' A sweet answer, to be sure — but then Colton made his parents’ jaws drop when he told them about sitting in Jesus’ lap, watching his parents while he lay seemingly near death, and meeting his great-grandfather. But most poignantly, Colton described meeting a sibling in heaven — even though he had no way of knowing that his mother had miscarried two years before he was born, since his parents had never told him. Todd Burpo began telling of his son’s heaven-sent visions from the pulpit of the Crossroads Wesleyan Church in Imperial, Neb., where he serves as pastor. Word of mouth spread, and the family landed a book deal. The book — “Heaven Is for Real,” written by Todd with co-writer Lynn Vincent — has become a best-seller, with some 1.5 million copies in print since its release in November. Little Colton nearly didn’t make it: He lay in a hospital bed for 17 days. When he finally rallied, the family rejoiced — but they were floored when, months later, the boy began matter-of-factly describing what he had experienced when he was in between life and death: seeing Jesus dressed in royal purple, meeting John the Baptist, having angels sing to him to ease his anxiety.”

Of course, many people speculated that the boy was pushed by his parents to write the book, but what if this is real? What if what Colton says is the absolute truth? There are so many stories like his and no scientific proof to back it all up. Even if Colton's brain produced these types of images while he was “in heaven” - it must give him a lot of peace about the afterlife, as we all scurry about in fear of the inevitable. Do you think if we knew what happens to us after this life that it would eliminate all of our anxieties? When I have an anxiety attack, I automatically think “heart attack”. Sometimes, it’s so strong that I actually believe it’s some weird allergic reaction that I can die from. Fear. It does strange things to normal everyday people. But the source of the fear stems from the fear of death itself. Or am I way off base on this?

This next video is not only for gay and lesbians, this is for everyone because at the end of this clip, Oprah makes such a profound statement:
"When you begin to realize that you are more than your body, that your purpose is greater than your profession or your career, that every life, because you were born, you have a right to be here. And there is a calling on your life. It means you live your life without fear and you know that no matter what happens - no matter what happens - you are going to be alright...you are going to be alright. That's what spirituality is to me." ~Oprah Winfrey