Bullying: It Goes Beyond the Schoolyard

- December 07, 2011
WARNING: This video is very hard to watch...
If you cannot view this video from any mirrored websites, please click here. 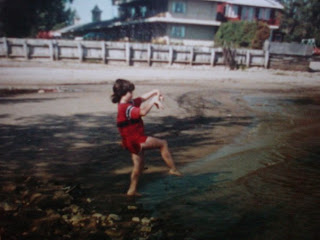 Like many other people, while watching Jonah Mowry’s video, I found myself in tears, sobbing for him. I also found my mother in tears as she watched the video. I kept remembering all the times as a young child being bullied in school and coming home not saying one word about it. I remember the kids taunting me, mocking everything from what I wore to whatever haircut I decided to get. It was obvious I was a tomboy. I dressed like a boy, I looked like a boy, and many times, was mistaken as a boy. I was always happy when someone would refer to me as a “he”. My mission was accomplished. But when I walked down the hallway of my school, I was called something much differently: “Lesbo!” “Dyke!” “Lezzie!” The descriptions worsened into sexual smut, but for the most part, I kept it to myself. Nobody knew how tortured I was. I hardly ever hung around with girls because they were the ones who made fun of me, maybe because they feared that they’d be mocked as well. Boys hung out with me. We would go out on our motorcycles through the trails and did innocent ‘boy stuff’. The few girlfriends I did have while in elementary school at the age of 11 or so, went against me and started in with the gang, calling me names and insinuating I was gay. ...And I was. I would lock myself in my bedroom, crying for hours and hours. I even tapped into my parents' liquor cabinet while alone one school night and was found passed out by my sister's boyfriend in the hallway. I had alcohol poisoning. I wanted to die. My first thought upon waking up: "I have to go back to school..." In fear of losing the one friend I loved so much, I asked her to help me to style my hair differently and pick out new clothing. After the summer between sixth grade to seventh, I walked into school with my hair feathered back and long (yes it was the 80’s) and a long beautiful skirt with little dress pumps on. I then had too many friends to count. I didn’t “look” gay. I didn’t look like a “lesbo”, a “dyke”, a “lezzie” - whatever other terms they had blasted me with. I became...someone else for the sake of not being bullied. 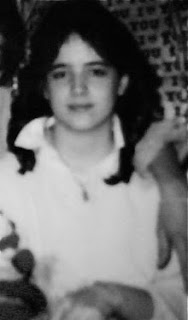 After a while, I began to truly like who I was becoming, and enjoyed the femininity that I never had. Although I changed my appearance greatly, I did in fact start to love doing my hair, dressing up and hanging out with the girls. I also liked the fact that I was hardly mocked any longer. I actually looked forward to going to school and didn’t dread the insults that inevitably came with each bell that rang in between classes. I wonder what would have happened if I didn’t become ‘feminine’ and still continued to wear boys’ clothing. I wonder if I would have became more of an outcast and still taunted by the idiots who hated anyone who remotely looked like a homosexual. However, I did get to see the inside of the bully circle. My friends would start making fun of the first kid that didn’t fit in, or maybe he or she looked gay and was called “faggot”. It instantly turned into a mob mentality and everyone was joining in. I either always left to go to the ladies’ room or I just sat there silently, not doing anything. I wish I had done something, but I was so scared of the way my friends attacked their own classmates. 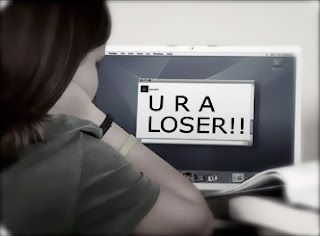 The one thing I am very grateful for is the fact that there was no such thing as the internet. No one had a Formspring, a Facebook account or a blog for that matter. All we had was the phone, and sometimes, that was enough. I’ll never forget the day I had a falling out with one of my closest friends. She would gather the rest of our friends up, call me and threaten that she and her friend were going to “kick my ass” in school tomorrow. Late at night, my phone would ring, “You’re dead” was all that came out of the receiver, and then, *click*. I didn’t tell anyone because I didn’t want to look like a tattletale loser and get harassed even more, so I carried a switchblade knife I had gotten from another friend. Talk about getting ghetto in a country-bumpkin school. I was prepared because I feared for my life. I literally thought that I was going to die the next day. I didn’t sleep the nights I would get those calls. The strange part about this was, there was no such thing as “bullying” in school - or thought to be bullying - it was just playground fights and that was that. Today, with more acceptance of gays and lesbians, and the fact that we have all these means to become anonymous on the internet in order to bully someone - it gives kids more of a chance to spread their hatred on those who are different. In fact, I don’t think any website, like Formspring for example should have any available option to be “anonymous”. These cowards should be known. They should have a full ip address, name of the provider, including the name of the owner of the internet account. I bet you anything, if that were to happen, you’d see a lot less bullying, especially cyber bullying and less suicides from such careless acts. 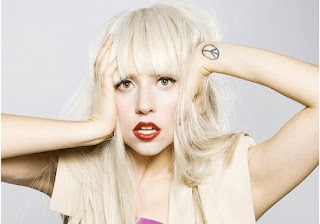 I wish back in the day we had someone to look up to like Lady Gaga, someone who really makes a difference and cares about what happens to these kids. She even went to the White House to speak on behalf of young victims. I’m not sure what can be done about bullying, but maybe if there were higher punishments for these kids, they’d think twice about taunting someone until they eventually do the inevitable. Most parents don’t even believe that their own kids are the tormenters. “They weren’t raised that way” - yeah, but they weren’t spoken to thoroughly about how bullying can effect young kids at such an impressionable age, especially in a pack of wild kids. Something has to be done because it’s not only on the playground by someone they know, it’s now on the internet anonymously by someone they know. Gaga is starting an anti-bullying charity called, “Born This Way Foundation” that will be launched next year. In a statement, Lady Gaga said: "Together we hope to establish a standard of bravery and kindness, as well as a community worldwide that protects and nurtures others in the face of bullying and abandonment." Gaga spoke out when Jamey Rodemeyer posted a video about how he was being bullied online and how “it gets better”. Not too long after the making of that video, he committed suicide.

This is a real issue and it doesn’t stop there. It also happens to adults in the workplace. My sister who works for a well-known corporation in New Jersey said that they were giving their employees training on sensitivity of all gays, lesbians and transgender people. This is a huge step where we can finally establish some type of education for people who are careless, insensitive and above all, cowards. Enough is enough. I do hope Jonah Mowry stays with us for a very long time after his video. We need him. Having known how it feels to be bullied because kids thought I was gay, as an adult now, I can truly say that every single word that has been said to me out of hatred has been embedded in my head forever. It goes beyond the schoolyard...it goes beyond the computer.
For more of Deb's articles, please visit: www.debrapasquella.com
anti-bullying Born This Way Foundation Debra Pasquella Jamey Rodemeyer Jonah Mowry Lady Gaga LGBT