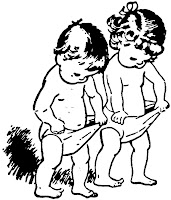 Sometimes I hear people saying, “Well today it seems more accepted than it did years ago”, or perhaps you get someone who blurts out, “Years ago they didn’t have this type of thing.” Whether they’re talking about people who are gay or lesbian, I’m directing this post toward the transgender community. With all communities, nothing is “new”, it’s just more exposed to society. It’s not like one day somebody realized this “man” isn’t really a man, but because our LGBT community has fought so hard to become part of society; part of everyday interaction because they are people, plain and simple. We’re done hiding. Not all of us are ‘in your face homos & transgender people’ - we simply want the same rights as every other human. We may not get the respect of everyone and we certainly don’t expect it - but we would like to have a peaceful life with the equality of any heterosexual God-given gender born person on this planet. Maybe that’s not realistic thinking, but we’ve come this far thanks to New York recognizing same sex marriage finally, and people beginning to understand more about the transgender community. 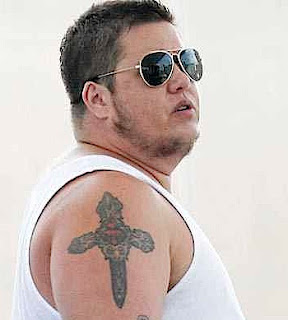 When it was announced that Chaz Bono was going to be part of the cast of Dancing With the Stars, my jaw dropped to the floor like many other’s did. I was so impressed with the acceptance in many aspects. This is a huge milestone for America, and sadly, some Americans aren’t taken this all too well. Many Christians are demanding their fellow Christians to not watch the show, yet they’ll turn on another station to watch The Real Housewives of New Jersey, where some women on that show are going through their own “transitions” - the transition to change their “God-given” faces, their “God-given” breasts and to nip, tuck & push up other parts that they’re not happy with. So that’s acceptable, right? I brought this up at local restaurant while sitting at the bar to a so called Christian man and he said, “Well that’s none of my business what they do to their bodies” - speaking in regards to plastic surgery to ‘enhance’ a woman’s features. Then I asked, “Then what business is it of yours of that same woman wanted features to become a man?” He got very wishy-washy with me and said, “Ah, I don’t know, it’s just not natural.” I replied, “So a boob job is? A facelift and tummy tuck are all ‘God-given’? That's natural, right?” 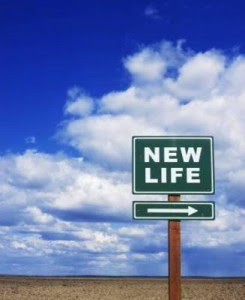 We’re all transitioning, whether it be trying to lose or gain weight, changing our hair, changing ourselves into something that’ll make us happier. Here’s where I get concerned with any “transition” of any kind. Here's where my opinion may coincide with those who disagree of the lifestyle of transgender folks. It's when you risk your health to become something that you’re ‘not’ - then it’s a whole different ball game. It’s more of a psychological setback that puts the person in a difficult situation. For instance, I just got into a little tiff with a close friend we’ll call, “Sara”, who lives in NYC. She is a transgender woman who used to make a six figure income, who had the most beautiful apartment in the East Village and who lived most of her life as a very feminine gay man. “She” wanted to stop working for a while so that she can take a break and transition without the judgments of her fellow coworkers as she changed dramatically each and every month. Each time we went to see her, it was just amazing to see “another person”, yet all the while, the same “Sara” we both knew and loved. After a year of being without a job and privately transitioning, taking the needed hormones to maintain her new gender, she eventually ran out of funds and then had a very difficult time finding work, sadly due to her appearance. She wasn’t quite ready physically and emotionally. She didn’t have the necessary funds to cover her hormones and needed medical attention. She lost her apartment, her job and her ability to focus on what’s “important” --I guess that would be in my own personal opinion. She started couch surfing and became very belligerent if anyone tried to help her with advice, or anyone who tried to relate to her. She’d rather spend money on hormones to gain more feminine features, rather than spend money on bread and water to survive. Her health deteriorated, both physically and mentally and she tried to commit suicide. Many transgender people who have a difficult time transitioning end up taking their own lives, so I asked her what was more important, food on the table, a roof over her head or to be a fully transitioned woman. I tried voicing my opinion on Twitter, and I had a few interesting responses.

One transgender MTF said, “You really don’t understand what we go through.” Another trans woman stated, “It’s body dysmorphia and our number one priority is to be ourselves first and foremost.” That last comment really struck a chord with me because now I ask, if it’s “body dysmorphia” as anorexia is, then wouldn’t that be considered a mental illness? Wouldn’t that be a sickness where the person needs help? Keep in mind, only one trans woman stated that, so I’m not saying “all” think that, but I was quite surprised to hear something of that nature. We toggled back and forth with this argument, but sadly it didn’t end peacefully because I can’t understand how someone can put a “transition” in front of physical and mental health. Hey - I would love to be skinny, but hell if I’m gonna starve myself or risk my heath doing it. I guess you can say I’m in the process of transitioning to a “thinner person” - but sometimes it takes time and it definitely takes patience getting there. I believe everyone, in their own ways are transitioning in life. But when does it come to the point of risking your life just to be something you’re ‘not’ - something you know you can be or feel that ‘you are’ spiritually & emotionally already? I know this post may offend some people and yes, I may lose a couple of buddies due to my way of thinking, but I’m being honest. I may not understand what transgender people go through, but I do understand that your health is the most important above all. Am I way off on this? And on top of that, through my argument with Sara, it came to brutal verbal blows that left me shocked and surprised over her behavior. Sadly, our friendship ended.

My last rant has to do with the the unbalanced amounts of estrogen being pumped into a man's body. In my own experiences having prior transgender friends who have fully transitioned, I have encountered so many vile arguments, behaviors and unnecessary attacks from them. Some of my former and current friends would get highly offended if I slipped on a pronoun and called "her" a "him". I rarely slipped, but if I did, it was usually with somebody I knew as a former gender in the past. It's like a best friend changing their first name. I slipped. But the amount of anger that was lashed out at me was just uncalled for. One former friend of mine went as far as to write an email to a mutual friend of ours to tell her I was a bigot for calling "her" a "him" and then started calling me Hitler, along with a few photos of concentration camps. I mean, really? I have been attacked by numerous transgender women - not all - but enough to make me want to keep my distance a little. There are tons of stories regarding transgender women who cannot deal with the emotional wellness (or the lack thereof) from the hormone therapy itself. There's a reason why PMS makes natural women crazy. 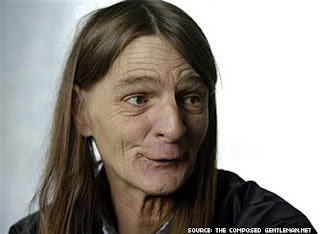 For instance, last year, a transgender woman went batshit crazy on the police for being called a man. Taken from The Advocate, it reads: "A transgender woman in Idaho — reportedly upset over local police identifying her as male — is accused of rigging four pipe bombs, setting her car on fire, and running nude down a highway. Fifty homes in Payette, Idaho, had to be evacuated after four pipe bombs were found on the porch of 53-year-old Catherine Carlson's trailer home; a bomb squad robot later detonated them. Authorities say that in addition to setting up the bombs, Carlson doused her car with gasoline and set it ablaze inside a storage facility. Carlson was spotting racing down a rural highway wearing no clothes. Carlson was being held on suspicion of use of weapons of mass destruction, arson, and indecent exposure; she allegedly told police she wanted to bring attention to her "plight" as a transgender woman. Carlson received a traffic citation in 2007 and had her name listed as Daniel Carlson on some documents (Carlson had gender-reassignment surgery in 1980). Since then Carlson has been jailed four times for minor infractions. During one of those instances, Carlson raised an objection that she was placed in a solitary jail cell instead of with other women." --The Advocate

In conclusion, I'd like to say that I am very happy that the acceptance of the LGBT community has taken a positive turn, but through my own experiences, and numerous experiences in dealing with those of the transgender community, I feel safer removing the "T" in the LGBT in regards for my own life in fear of another vile outburst, but the thought just saddens me and it goes against what I stand for. I guess for me, this was the straw that broke the camel's back, regarding my recent falling out with my friend. In trying to help her, she lashed out in ways that I will never forget. In all honesty, am I a bigot? Am I being prejudice? Am I acting like "Hitler" as one friend stated? Or, do you think I've been burned one too many times and now have developed a fear of befriending another person who is transitioning? I guess I don't understand what they go through and maybe it's just better that way. I'm sick and tired of tiptoeing around these time bombs.

For more of Deb's articles, please visit: www.debrapasquella.com
at September 02, 2011