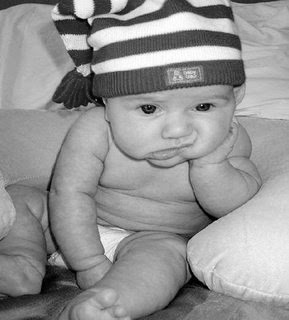 "Sometimes we expect more from someone than they are able or willing to give. It’s easy to see who we want a person to be and ignore all the signs that point to who they actually are. Give people enough time and they always reveal their true selves. Whether you choose to accept the truth is up to you. Ultimately, you can't blame someone for being who they are. The fault lies with you, for believing they were different." ~ 5 Degrees of Comedy ~ Carlos Wallace

My friend Carlos said it so perfectly this morning. (Thank you Carlos.) There are many facets to people to which we sometimes fail to see for many reasons. Speaking for myself, I personally like to give the benefit of the doubt when it comes to those I care about. I want to believe that their intentions are good. I want to believe that they would never hurt me. I want to believe they would never betray me...and so on and so on. Then after a few disappointments, I realized something: they’re human. They’re like me. I know I’ve disappointed some people in my life that I regret and in some cases, I don’t regret because that was my heartfelt choice - not to hurt them intentionally - but to look out for my well-being, even if that meant saying “no” to a friendship or not being there for someone when I was needed most. So now, whenever I get that tinge of disappointment from someone in my life, I try to put myself into their shoes and perhaps, ask some internal questions of my own: Were they going through something personal? Maybe they have their own set of issues to tend to? And if it’s a friendship (whether related or not) that’s been recently reunited, maybe that person isn’t ready to ‘chitchat’ and do lunch yet, possibly having a few resentments to work on? You don't know what's going on in that person's life. It’s all about comfort levels. Reading too much into something can really put a distorted view on whatever situation you’re upset about. Accept it, don’t overanalyze and leave the blame game home because in reality - nobody knows the truth except for that person who had disappointed you. Of course, every situation is different. I recently started learning this valuable life lesson.

"If you're betrayed, release disappointment at once. By that way, the bitterness has no time to take root." ~Toba Beta

The one thing I know is, even in relationships, I don’t care if you’ve been with someone for one month or twenty years - nobody knows anyone fully. You always hear someone after a divorce say, “I thought I knew him/her.” No. You’d like to think that you do. I think once we ‘think’ we know someone fully, we put into our minds that they’re ‘predictable’ and sometimes, downright boring, when in fact, there can be a whole different person lying underneath to which you never chose to tap into. I still tell my wife that I’ve known for over sixteen years that I’m still getting to know her. There are so many different and wonderful aspects about her, that in a sense, it would be presumptuous to say, “Oh well I know how she is.” With anything in life, the day you stop asking questions is the day you stop learning. People change. Hearts change. Minds change. It’s up to us whether we can adapt to every single situation. And let me tell ya, it’s hard sometimes because change can be the biggest stressor for anyone. “We grew apart” is a big reason why people separate. Even friendships, “We just went our own separate ways.” And that’s fine. As long as you accept it, don’t overanalyze and leave the blame game at home, you’ll be better suited for the next round of “disappointments” that cross your path.