Conspiracy Theories: Do You Believe Them? 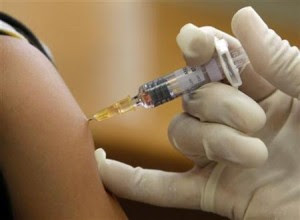 Sometimes we need a little stir in our news stream opposing to what we think and know when it comes to the world, and other times, sometimes those little ‘stirs’ are taken too far in my opinion. For instance, remember when the swine flu was going around? Everyone was so scared about this flu that it nearly left me paralyzed with anxiety. (What doesn’t though?) Even my wife was hesitant to shake her clients’ hands and I wouldn’t dare open a doorknob without my sleeve. Then, when the swine flu did hit me, it was in fact...the flu. Nothing more, nothing less. I got through it with no medication and I treated it like any other flu. When all of the hype simmered down and the swine flu was somewhat of a distant thing, the government was adamant about having everyone get the swine flu vaccination. Wow, what a good idea, but lemme’ Google it first. I always, always Google anything ‘new’ or questionable. They had tons of videos out saying that the H1N1 vaccine was giving people nerve damage, and how one young girl convulsed 24/7 and lost all ability to function her limbs and could only walk backwards without having seizures. Click here for the video. Then it went further... A U.S. female soldier put out some “sensitive information” on Youtube. You can click here to see it. She explained that our troops were being trained to use road blocks to ensure that all people living here in the states have taken the vaccine by placing a “shackle” or, I.D. bracelet around their wrists with numbers on it, saying that they were vaccinated. And if you deny the shot, you’ll be boarded on some bus that takes you to concentration camps. I mean...really? 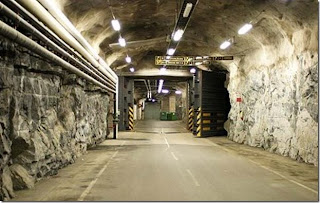 Let’s bring it back to a recent time when the east coast had that earthquake last month. All conspiracy theorists screamed about how it was a nuclear blast in the government’s deep underground bases. There’s a video (click here to see it) of what they claim is an underground world beneath us, and we don’t have any clue about it. Throughout history, people have been wondering about the government’s actions: the Montauk Monster from Plum Island, the high frequency magnetic waves by HAARP (High Frequency Active Auroral Research Program) that are believed to be for communication only is now thought to be producing massive earthquakes to control the population and last to my knowledge, but not least, the manmade hurricanes to destroy property and raise money for big businesses while the average middle class struggles to get back on their feet. There are so many conspiracy theories it’ll blow your mind. I know a few people who go on about this where this is actual “news” to them - not just a propaganda running rampant. I sometimes have to step away slowly and keep them at arm’s length. You can seriously get sucked into these messy stories. How about the theory that T. Boone Pickens, Texas billionare has paid off Texas lawmakers for their land rich in natural resources, mostly bodies of water? It’s “said” that when and if there is a huge catastrophe, that his water will be dowsed with anti-psychotic drugs so the public won’t panic. Another theory is that the drugs in the water will be able to control our minds. I mean....really? Most of these theories are religiously based upon the Revelations, so to some people, these are the times. We're living in the Revelations where we will see the world eventually come to an end. In my opinion, we're 'in it', but we won't be alive to see it the actual doomsday. 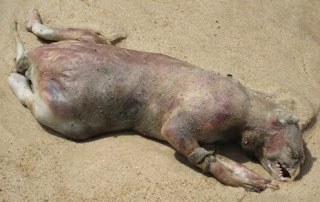 Honestly though, much of it is very interesting and would be so scary if it were true. That’s why we grab onto it - like a horror movie but a bit more ‘realistic’ to our minds because well, it ‘can’ happen, right? Do you think all of these conspiracy theorists are trying to save humankind, or do you think they’re a bunch of crazy alarmists? I’ve questioned it before and found myself in the midst of very intelligent people chatting about all of these things that have yet to come or have already been done, and I’m not too sure what to believe. The Montauk Monster I do believe. I think that Plum Island is experimenting with something that’s undisclosed to the public. I do believe that the government knows much more than the public, and thank God because if we know, then the terrorists know. Sometimes being uninformed is a good idea. What about cameras all over the streets? They catch criminals, rapists, hit and runs and catch the person within hours. That’s good news to me and keeps me somewhat safe. But does it? What about the long term aspects of it when the government will try to control your every move - “big brother”? Did you know that your grocery store’s price card that’s on your keychain is linked with everything you ever bought so that they can have a better idea of what you like to offer you things you’ll most likely buy? Or, is it the government wanting this info? And if it is, why would they want to know how many gallons of milk I bought? Crazy, right? And one more last thing... Have you heard about the NYPD having military strength to blow up a huge plane if one were to try to target another building in Manhattan? I love that idea and feel 100 times safer knowing our NYC cops are now trained like the military is. Some don’t like that idea at all and say that they have too much power. What do you think?