She's Just Not That Into You, She's Straight 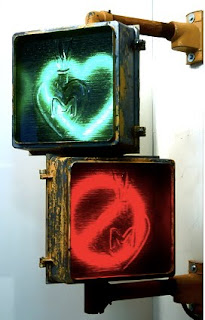 The great debate of “is it a choice or is it genetics” has completely gone down the drain once I heard a friend of mine tell me why she “chose” to be a lesbian. I quickly interjected and said, “Nobody chooses this lifestyle”, hoping it would alleviate the stereotype that many religious people hold who feel it is a choice. However, in her case, it was a choice. With her permission, I’m able to write about this, although I will just refer to her as, “Jen” instead of using her real name. She asked me to write this, so that maybe my readers out there can give her a little advice or words of wisdom. She shared a personal story with me the other day that took me by surprise. While growing up, her stepfather sexually abused her for approximately four years. It started when she was eight years old and ended when she was around twelve. During the time she was attending middle school, her friends would always try to fix her up with boys. She wasn’t interested. In fact, she never even dated in high school. She avoided proms, avoided going out on “double dates” - ones that her friends would set up on and she also remained to herself most of the time. She never told anyone about her past and so, people just assumed she preferred being a loner.

After high school, it became tricky. She started working at an office and people would ask if she had a boyfriend or if she was married, etc. The question always came up because she’s an attractive woman and well, people can be nosey at times. Offers to be set up with one of her coworkers' sons was something she heard on almost a daily basis. With that being said, she found herself deciding at a low point in her life, that she wanted companionship. The only difference was, she wanted companionship of a friend; a woman. She attended many LGBT meetings, group gatherings and outings and had a great time. She started dating a woman who shared the same interests as she did, however, when it came down to intimacy, she had a lot of inner turmoils that manifested into anger or indifference. Her story was never told before but only to be swept under the rug. She never wanted to talk to a therapist about it. She just thought having a relationship with a woman would feel safer in life. Men scared her, in fact, she doesn’t have one male friend - only coworkers as acquaintances. By the time she found herself in a long-term relationship with a wonderful woman, who she is still dating, many issues are coming up to the surface...and quickly.

This is why I truly believe that being gay is not a choice, but to some extent, only if the person is bisexual. It’s about who they fall in love with, not the gender. But at what point do we shift back and look at our situation and say, “Wow, that’s not what I wanted at all?” Has that ever happened to you? Just a complete revelation about your life - whatever it may be - that came flooding down, washing away the facade of ‘what seemed to be’, to what actually is? She is now talking to a therapist with and without her partner. It’s sad, because her partner is devastated that their relationship may have been one that developed out of fear. Another sad thing about this is, they’ve been together for almost ten years now. They have a history together and love one another very much, but “Jen’s” love is a little different than her partner’s. She admitted she wasn’t “in love” with her partner, but loved her in means of companionship and that she would always take care of her. While that’s a lovely thought, the issue of her partner feeling as though "Jen" never was in love with her has really broken her heart. "Jen" has also indicated that she is sexually attracted to men, but doesn't think she could ever venture to that side of the fence.

I’ve written articles about my distaste for therapists who blame homosexuality on past sexual abuse. I still stand firm in my opinion that not all are like that. But when this type of thing does happen, what do you do? What kind of advice can you give to such a complex situation? After ten years of being with somebody who you 'claim' to love, and being with someone you thought was “in love” with you ---do you turn your back on it all? Do you stay just because you have a history with them? Do you try to work things out in counseling so you can begin to “fall in love” with them? Love comes in many forms. It comes through familial, through friendship and through an intimate relationship. But in this case, perhaps her partner should just see it the way it is: she’s just not into you. She’s straight. I'm wondering if they are able to regress their relationship into a platonic friendship...
Thank you for letting me post this article, "Jen". I think many people need to read this type of situation only because there are some people who are with the wrong ones, or with them for the wrong reasons.
For more of Deb's articles, please visit: www.debrapasquella.com
Debra Pasquella is it a choice lesbian relationships LGBT