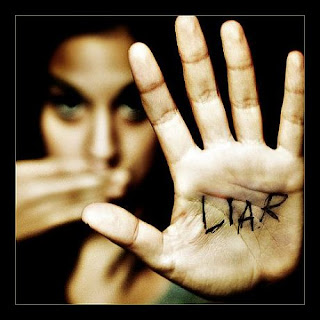 One of my first experiences with things becoming inconsistent was my childhood upbringing. From being raised to ‘do the right thing’ from watching my parents getting taken away by the FBI at a very young age. At first I was infuriated that I had been lied to all my life, but then I realized how human my parents actually were. They did everything to provide a home for their family, even if . . . Although my trust for people dwindled a tad, my ability to forgive them was quite easy to do. They were like me. They lied to keep things calm. I lied to them about my whereabouts or if I had gone out drinking with my friends. “No mom, I didn’t drink. ...I didn’t smoke.” I lied. I was inconsistent. My mom was always quick to forgive me, even when she caught me with a cigarette dangling from my lying mouth or found a slew of beer cans stashed away in a big bag behind my bureau. My friends were always envious that I never got a “real” punishment. The most my mom would do was pull my private telephone in my bedroom out for maybe three days or so. I always had another cheap telephone to plug in after she left, with what she thought was the only one. I outsmarted her, until the phone bill came and she realized there were phone calls made on the dates she had taken mine out. Busted.

I’m a natural born liar. I lied to my sisters. I used to pretend to check out “hot guys” at the mall, when in actuality, I was staring at the girl behind the counter with the long blonde hair serving us at Orange Julius. My sisters would chuckle to see their youngest sister taking a newfound interest with boys finally. I couldn’t come to grips with 'coming out' just yet. I had to be “normal” and plus, I didn’t know anyone who was a lesbian, or even bisexual for that matter. It was a huge faux pas and mocked on a consistent basis in my school. It was seen as “gross”, “disgusting” and also seen as “the girl who can’t get a date with a guy becomes a lesbian”. I even went as far to date guys just to hide who I really was. Back then and perhaps due to being naive and young, saying “I love you” was very common if you were dating someone just a little over a week. You were “supposed” to say that. “I love you” was something you said to your boyfriend. I said it. ...I lied. I was inconsistent after two weeks when I broke up with him, explaining that I no longer had feelings for him anymore. If you do that as an adult, you’re questioned about your consistency - how your feelings can change so quickly. If you felt something for someone one day, what makes it different two weeks later?

We lie to make other people feel better sometimes. We lie to keep the peace. We lie for the ‘better’. If someone says they don’t ever lie, even the smallest of white lies, in my opinion, they’re lying. While watching House last night, House asked his medical intern (who had way too many morals for him), why she wouldn’t lie to save someone else’s life, but she would lie to her grandmother about loving the blouse she bought her for Christmas. I know there’s a huge difference in plain ol’ white lies and deceitfulness. One type is to make someone feel good or perhaps “keep the peace”, and the other can be very damaging. What about keeping things from someone? This one I have trouble deciphering which is worse. What if someone was keeping an untold secret? You’d probably say, “Well that depends.” But, what if someone was holding in a secret, that if told openly, could ruin somebody else's life? Is that considered a lie as well? Or is that just ‘staying out of someone’s business’? Typical trivia question: If you saw your best friend’s husband out with another woman, would you tell her? Or, if you knew the pastor of the church had a one time affair that you knew of, would you spill the beans and tell all and then watch his fate with the church crumble to the ground? I do believe when we lie about someone in order to “look better”, karma is a real bitch. When we lie to gain the upper hand on somebody else or step on other people’s toes to get from point A. to point B., we end up tripping on our own feet in the end. The truth always wins. And those “untold secrets” eventually come to light without us even saying one word. That, I truly believe. 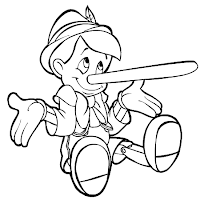 So whether you were brought up being lied to, or being a natural born liar yourself, just think of how many other people stretch the truth - those who are just like us - those who know how to save face when it comes to push and shove. Those who call in sick when they actually are sleep deprived. Those who say you look good, when you really look like a bag of laundry. Those who tell you “it’s no big deal”, when it actually is to them. And perhaps, those who tell you they love you, when they really don’t. When does it come to the point, when those little white lies become a destructive part of your everyday life? When do our own lies become our truth? When do we all finally realize that most of us, or perhaps all of us, are natural born liars?

"I don't mind lying, but I hate inaccuracy." ~Samuel Butler

"Lying is done with words, and also with silence." ~Adrienne Rich

"A half truth is a whole lie." ~Yiddish Proverb

"Those who think it is permissible to tell white lies soon grow color-blind." ~Austin O'Malley