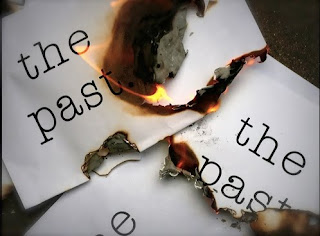 It wasn’t too long ago when all I wanted to do was hide from the world. I wanted to disappear where nobody could find me. I did it because too many people disappointed me. I developed this irrational, unhealthy fear of people, more so because of their actions and most of all, because of their possible rejection. It didn’t matter if it was work related or in my social life - I feared people. As I've said in previous posts, I pushed people away. I kept friends at arm’s length. I didn’t trust anyone. Then one day I finally realized that there are way too many people to hide from. Just because a select few had disappointed me, insulted me, or perhaps rejected me - I felt the same thing would run its course again, and I would get hurt as a result. I then brushed myself off and started to let people in again, this time fully acknowledging that “this person” may do the same thing to me as “that person”. But, most importantly: they’re not the same people. The circumstances, the situations are all completely different. I had to accept that.

Looking back when I had this fear of people due to past disappointments, I wasn’t secure with myself. In fact, I want to even say that I didn’t even like myself very much. I was verbally abused by someone very close to me a few years back - so much, that I actually thought the words she used were all true. All her accusations and insults had to be the truth. I started the process of self-deprecation and it took me more than three years to get out of that miserable funk. That’s a long time to not like yourself. It showed in my work and it also showed in the way I treated other people. I became bitter, indifferent, numb - all the things I didn’t like about a person were transfered straight into me. From my own experience and the admissions of others, our actions speak loudly about our past. I began to realize that what other people do to us is another form of expressing what has happened to them in the past. Are we all conditioned to respond to things in life due to what others have done to us? Is it a self-defense mechanism or is it entirely outside of past experiences? 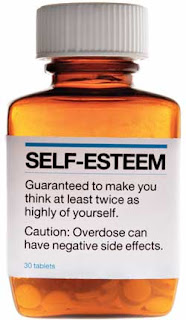 I’ve heard that in life, you have to take chances. You have to give the benefit of the doubt to people when you think you’re going to be disappointed...yet again. But, is it such a bad thing to safeguard your heart, your well-being, just because you have suffered someone else’s rage against you? Just the fact that I was keeping people at bay, it was another form of unforgiveness. It was an excuse to say, “I haven’t forgiven my past, so I’m not letting you in.” People can say ‘I forgive you’ all day long, but actions speak much louder than words. You can’t forgive someone and then take it out on somebody else in an indirect way. It’s human nature to feel hurt, betrayed and rejected by other people, but should we hold onto that just in case we have to defend ourselves for the next ride around the mountain with somebody else who has nothing to do with the previous offense? I don’t want to remain bitter. I want to like myself, enough so that when I say “I forgive you” - I’m letting you and other people in again. And if by chance I get rejected, hurt or betrayed, then so be it. I will still like “me”.

"To forgive is to set a prisoner free and discover that the prisoner was you." ~Lewis B. Smedes