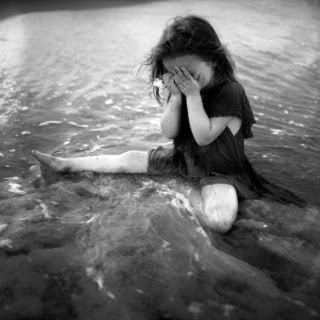 It’s been years since it’s been this bad. Although morphed into a different form from one year to the next, it’s still the same underlining fear of...nothing. Or is it something? I’ve had panic disorder since I was sixteen years old. I should be used to it by now...but I’m so not. Each time is like my first time. Each time it debilitates me into a fumbling mess, whether it materializes into immediate panic, where I have to grab a paper bag and breathe, or in some cases, it wakes me up with terror. I’ve recently started developing nocturnal panic attacks, where it jolts me out of a deep sleep. The pain is real - chest/jaw pain that radiates all the way down my left arm. So, I pop an aspirin. Any “normal” person would immediately think “heart attack” - but each and every single fricken time I got to the emergency room, it’s just a panic attack. EKG is normal. Blood tests are fine. “Go home & take these to relax.” It then makes me afraid to sleep at night. I’m terrified of my bedroom. It’s a torture chamber. So, I go 2, 3 or 4 days without sleep. When the tense anxiety strikes, depression always follows it. Whether or not it’s rational fear of ‘something’ or just underlining emotions that I’m not dealing with - it’s something that I now know I have to learn to adapt with.

One of the terrible things about panic disorder is avoidance. It can range from people, places or things. There are times when I have all intentions of keeping a date with friends and family or other appointments. If it’s a day where my anxiety takes full control, don’t count on me being there. Also, there are only certain stores I will go into. There are three major supermarkets around my neighborhood. I only go to one of them, because it’s small, and unfortunately, it’s much more expensive. I pay more to keep my anxiety in check. I do go through good phases and actually surprise myself: go to the stores I fear, drive further than my “limits” allow me to or even attend social functions I’ve feared about. I end up feeling accomplished, and usually have a great time. What was I so afraid of? My father used to ask me, “What’s anxiety? I don’t get it. What are you afraid of?” And now, unfortunately he is experiencing so much anxiety from what he’s going through, that now it’s become panic attacks, instead of just “fear”. His is through circumstantial, but it’s so strange for me to see him, out of all people, the bravest man in the world, suffer with anxiety.

I’ve tried finding a therapist who is trained in CBT (Cognitive Behavioral Therapy), however they’re either all booked up or they are out of my ‘limits’ of driving. The one psychiatrist that I go to once a month is wonderful to talk to, but unfortunately he doesn’t do any of the relaxation techniques or CBT that I need to get. He is, however, a great person to get real advice from. He’s unconventional, to where he may or may not be permitted to give such advice, but his way of thinking is absolutely ingenious. He’s like a mad scientist in a business suit. It definitely helps, but I need more. I trekked over to Barnes & Nobles and bought a book called, Anxiety Free by Robert L. Leahy, Ph.D., and some of it I have to say, gives me anxiety reading it. He states that most people with anxiety disorder most likely develop heart disease, aneurysms and other illnesses. Great. Whenever I try to ‘self-help’ - I end up sabotaging myself. So much for reading up on what’s ailing you. I thought it would be a positive step.

Another thing that really pisses me off or, should actually be considered a compliment, is that most people, especially therapists think “I got it all together”. I don’t know how to take that, because usually, the therapists never take me seriously. They just write it off as “generalized anxiety”. Well hello - most everyone has that. We’re talking an extreme case where I stop functioning altogether. My work has come to a complete halt lately. I haven’t been able to write, I haven’t been able to put together any of my projects and I certainly haven’t been able to feel normal in quite some time now. I don’t want to rely on alcohol or sedatives that’ll calm me, but that’s all I have right now. I exercise 4-5 times per week, vigorous cardio too, and sometimes after the workout, I feel worse.

How can I feel normal or “okay” if I get every symptom that mimics a heart attack? I can’t go to the hospital three times a week. In fact, I’ve been to the hospital so many times this year, that they know me on a first name basis. And if there is a doctor on duty that isn’t his shift, I always get, “Don’t I know you?” We joke about it a lot, but deep inside, it’s so embarrassing. I’ve spoken about this on my blog before, but today, it feels different. It feels so much worse. I have even thought about quitting writing altogether. I have nothing left. I’m too scared to even write. I’m too scared to do anything at all. And the more I try to rationalize it, the more fear I develop about absolutely nothing.
For more of Deb's articles, please visit: www.debrapasquella.com
anxiety and depression anxiety disorder Debra Pasquella panic attacks panic disorder