Discrimination On Both Sides

Is it any wonder that the gay community desires to be accepted so badly, yet they discriminate against heterosexuals? Is it because they were beaten down for years for being gay? Or is it another issue?
In an article found on C.A.R.D's websit, (Citizens Against Racism and Discrimination), it states:

Provincetown, New England’s summer gay capital, is facing a rise in harassment and discrimination. But this time it’s straight people who say they are being ridiculed as “breeders” and “baby makers".

Less than a decade after a successful campaign to end violent paroxysms of “gay bashing” in the beach town at the tip of Cape Cod in Massachusetts, police and town officials report a resurgence in tension between gays and straight people.

Police Chief Ted Meyer said straight people complained of being called “breeders” over the July Fourth holiday weekend, and that in one serious incident a man was charged with assaulting a woman who signed a petition to ban same-sex marriage in Massachusetts, the only state where it is legal.

Equally troubling, he said, Jamaican workers in Provincetown say they have been the target of racial slurs.

“It’s been a series of issues,” Meyer said.

The flare-ups in a town that overflows in summer with a colorful mix of gay couples often openly holding hands or kissing, cross-dressers and flocks of curious tourists coincide with a planned vote this year in the state Legislature on an amendment to ban gay marriage — a measure that has rallied activists on both sides of the issue.

Gay-marriage advocates have set up a Web site — www.knowthyneighbor.org — that publishes the names of people who have signed the petition, including at least two locals in Provincetown who say they have been singled out and verbally abused by gays since their names appeared on the Web site.

Town officials said the town is struggling to strike a balance between protecting the right to freedom of expression for petition signers, and ensuring its gay majority contain their anger at what many see as an assault on their hard-won right to marriage.

Police would not classify the slurs and name-calling as “hate crimes.” But a town meeting was called last Friday to discuss whether social attitudes were changing in the gay resort village with a population of 3,431 that swells to 60,000 in summer and includes a large number of Jamaicans.

“We have business that we haven’t talked about as a family,” Town Manager Keith Bergman said. “The impact of the same sex marriage petition is high on that list.”
Some gays expressed shock at being accused of discrimination after years of suffering harassment.

“There are still a lot of straight people who treat gays badly,” said Steve Bowersock, 35, an artist who owns the Bowersock Gallery on the town’s main Commercial Street.
Bowersock, who was once married to a woman, said he moved to Provincetown in 2004 with his partner because it gives gays a political voice. He admits he sometimes discriminates against straight people he finds offensive.

“If there’s a straight couple and I hear them in the background going ‘oh fags’, I’m like ‘hello, where the hell do you think you are?’ So in turn I get mad,” he said. 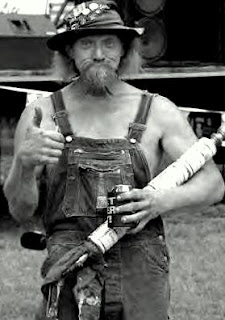 “If I see someone nervous like a big butch guy, and you can just tell he’s a redneck, I’ll grab my partner and I’ll kiss him. It’s not being mean, but hello you’re in our town!"
The Rev. Henry J. Dahl, pastor at St. Peter’s Church, said several of his parishioners had complained to him of being singled out and verbally abused after signing the petition.
“I don’t think it’s totally unexpected that there would be some reaction to people who signed the petition,” he said. “Let’s just hope we can have civil discourse.”
Joe Solmonese, president of gay rights group Human Rights Campaign, said the petition signers invited trouble by taking a position that says “loud and clear that you believe that gays and lesbians should be treated as second class citizens.”

Even though there is a well known issue of homophobia in our society, there is also an issue of heterophobia. Just by

Bowerstock’s statement, “If I see someone nervous like a big butch guy, and you can just tell he’s a redneck, I’ll grab my partner and I’ll kiss him. It’s not being mean, but ‘hello you’re in our town,” it screams heterophobia! Bowerstock immediately assumed that the redneck looking man was prejudiced, so he made him feel uncomfortable.
“Hello you’re in our town” doesn’t quite fit the bill for a "welcoming community". Why should heterosexuals treat us any differently if we can’t even accept them in our own community? This is the reason why I don’t flock to a particular community.

When I visited Provincetown for the first time, I noticed that many gay men are very distant and rude to the lesbians, thus leaving some lesbians feeling sour about them as well. Some lesbians think some of the gay men are ‘caddy’ or ‘bitchy’. Then the stereotyping begins on both sides, leaving the men and women on separate sides of the street…in the proverbial sense. They even have set times where it’s “Womens’ Week”, and vise/versa. The majority of the establishments in Provincetown are male oriented, especially during the peak seasons. My partner and I were once rejected from a club, because it catered more to the men. In the same respect, the clubs for women always accept men in their establishments.

Why are we so angry at one another? Why can’t we just live our lives without the thought of someone else judging us? We can represent a positive image, or we can just get angry and lash out at anyone who doesn’t like us. I find discrimination on both sides of the fence as well as each side of the lawn on the same side of the fence. How can that be? Aren’t we supposed to unite as a “community”, as so many gay folks love referring to it as? 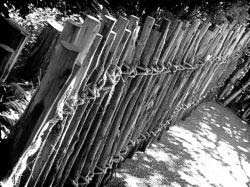