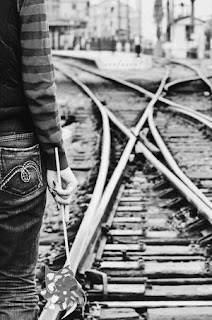 A part of me feels a bit confused over the meaning of “truth” when it comes to the bible. I study the bible, yet I find contradictions within the scriptures of each passage and book. I solely rely on the bible, yet I have different interpretations of particular matters.
For instance, in Romans 7:1, it states, “Now, dear brothers and sisters---you who are familiar with the law---don’t you know that the law applies only to a person who is still living?”

Then, if you read on to verse 4, it states, “So this is the point: The law no longer holds you in its power, because you died to its power when you died with Christ on the cross.”

Then you have this passage:
“You and I are Jews by birth, not ‘sinners’ like the Gentiles. And yet we Jewish Christians know that we become right with God, not by doing what the law commands, but by faith in Jesus Christ. So we have believed in Christ Jesus, that we might be accepted by God because of our faith in Christ-and not because we have obeyed the law. For no one will ever be saved by obeying the law.” ~Galatians 2:15-16

So if no one will ever be saved by obeying the law, then how can Christians and preachers tell us that if we don’t obey the law, then we’ll end up in eternal damnation? Which one is the truth? Which laws still apply today? If Jesus took away the law by dying up on the cross, isn’t that the truth? 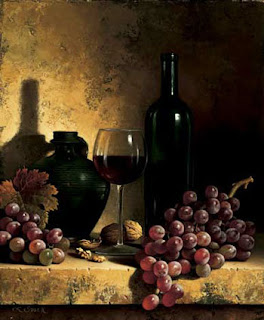 Wine produces mockers; liquor leads to brawls. Whoever is led astray by drink cannot be wise. ~Proverbs 20:1
The opposing scriptures:
And it is not for kings, O Lemuel, to guzzle wine. Rulers should not crave liquor. For if they drink, they may forget their duties and be unable to give justice to those who are oppressed. Liquor is for the dying, and wine is for those in deep depression. Let them drink to forget their poverty and remember their troubles no more. ~Proverbs 31:4-7

So drinking wine is good for depression? Isn’t alcohol a depressant?

Even so, I have noticed one thing, at least, that is good. It is good for people to eat well, drink a good glass of wine, and enjoy their work—whatever they do under the sun—for however long God lets them live. ~Ecclesiastes 5:18

Don’t drink only water. You ought to drink a little wine for the sake of your stomach because you are sick so often. ~1 Timothy 23

I do realize that everything in moderation is key, but tell that to an alcoholic who’s recovering. One drink is enough to push them off the wagon.

There’s another contradiction to what the Catholics believe, as opposed to what some Christians may believe, which is talking in tongues. In Corinthians 12, it states that God gives the ability to speak in unknown languages, and another is given the ability to interpret what is being said. It is the one and only Holy Spirit who distributes these gifts.

I’ve gone to a spirit-filled church before, and I have experienced one person talking in tongues, and then another person translating what the message said to everyone. It was the first time I have ever witnessed this. I didn’t know what to think. At first, I was taken aback, but then I was really fascinated by it all. Why do some people of faith believe this, and others do not? It’s in the bible, so it has to be true, right?

Which description fits God best? What are we to believe? People have so many views, beliefs, as well as questions.