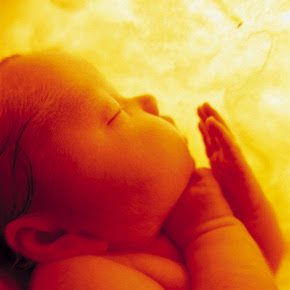 Even the conservatives are a bit upset over this matter. They’ve just discovered that there is biological proof that being gay at birth is possible. The conservatives are outraged because it would go against their beliefs that homosexuality is a choice and not a gene. The twist in this case is whether or not a pill to ‘correct’ or ‘counteract’ the gay gene should be given, so that the babies will be born heterosexual.

In my opinion, if medical treatment were given to babies while they’re in the womb to change their orientation from homosexual to heterosexual, then they would be going against God’s wishes. God is the one who creates all of us. Do they really want to alter how God made them? Do they want to tell God that He’s wrong?

The Rev. R. Albert Mohler Jr., a preeminent evangelical leader, supports the medical treatment to correct homosexuality of unborn children. So if it is in fact, a gene, then it isn’t a choice. He’s be tampering with God’s creation.

Notice the way God does things; then fall into line. Don’t fight the ways of God, for who can straighten out what he has made crooked? ~Ecclesiastes 7:13

Everything on this earth was created for a reason. If God were to make everyone the same, earth itself wouldn’t exist. There are reasons why people are different from one another. There are reasons why things that exist here on earth are so challenging to us. If you fight the ways of God, you’re fighting a losing battle. It’s useless. Why do they still have holy wars? None of those wars were ever completed or finished; none were ever conquered.

This “foolish” plan of God is far wiser than wisest of human plans, and God’s weakness is far stronger than the greatest of human strength. ~1 Corinthians 1:25

Do we doubt God’s power? Do we think God made a mistake while creating us? Does Rev. Mohler think his ideas are much better than God’s?