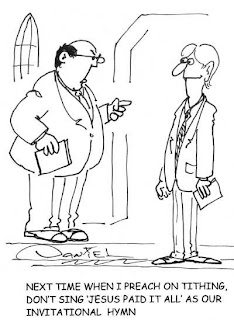 It was a beautiful spring evening when Madelene and I were driving down the road. She was upset, due to what the doctors had told Madelene about her mother’s health. The doctors stated that she has a mass on her pancreas. They need to do some testing. “It’s only what the doctors told her. God has already healed her.” I said, trying to reassure Madelene that God’s power is much stronger than the doctor’s diagnosis. Her mother has been through a lot, between back surgeries, having fibroid myalgia, to even losing her husband due to a stroke, back in 2003. Between the emotional distress and the excruciating physical pain she endured for some time, my heart went out to her. Can’t she just have a break? Can’t her life be peaceful for even just a week?

I decided to pull into the parking lot of this magnificent Catholic Church, which I used to attend before I became a born again Christian. There was a section in the church, dedicated to those who just wanted to light a candle and kneel at a private alter to pray. I thought it would be a good idea if we talked to God about it, instead of having negative thoughts being inflicted upon us.

We walked inside the beautiful church. The cathedral ceiling and the awesome architectural design were amazingly overwhelming. Each sculpture was hand crafted to perfection. We walked over to where we saw glowing flickers of light that sat nearby the private alters. “Come on, let’s go over there and pray.” I took Madelene and led her to the alter. I went over to what seemed to appear as candles. Instead of real candles, they had dim lights with a plastic cover on each of them. The sign read, “Please give a dollar before pushing the light.” A light? It wasn’t even a real candle! The mere thought of paying to push an electric light to pray was absolutely inscrutable and outright rude! I’ll tithe at my own will, thank you. What happened to the days when we could walk into a church, light a candle and say a prayer without someone nudging us for money? Money wasn’t the issue here, it was the principle of the matter.

When I was little, my mother and I attended this very church. Instead of the fancy building they built on the grounds, we prayed in a church that was also converted into a gymnasium. I used to also attend their CCD classes after school there. One Sunday morning, my mother and I sat in the front row during mass. The priest went on about how his friends were coming over to stay with him, but he didn’t have enough room for all of them. He asked the members of the church to donate money, so that he could build a separate house on his property for his guests. My mother laughed, as she tried hiding it with a loud cough. “Is he kidding? He wants us to pay for a house?” Meanwhile, there were people sitting among us, sharing a one bedroom apartment with five different roommates. Lovely, right?

The priest then continued to tell us about how he needs funding for new chairs in the church. Well that was it. My mother got up, and said, “Let’s just get out of here, Deb!” I followed her. As I followed her while she was trying to make a stormy exit, she tripped upon one of the chairs.

“See! See? This is why we need funding for more chairs! Mrs. Pasquella, are you okay?”
“Yes Father, I’m okay.” She said, dusting herself off from the embarrassing fall.
“Do you want a shot of scotch for the pain? I have some in my office.”
“No, I don’t. Thank you.”

That was enough. My mother and I never attended that church again. This same priest was charged with molesting children at his parish. When I was on a retreat with the rest of my CCD class, we had to stay inside a cement building with rooms which had little cots as beds. It looked more like a jail. At confession, there weren’t any booths with a black mesh gate to separate you and the priest. You went inside one of their ‘bedrooms’ and sat with the priest on a cot.

“Come in dear.” The white haired priest said, while tapping his hand on the cot. I stared at him. It wasn’t normal. I looked in his eyes, and then looked down at the cot- the bed he was sitting on. I saw him motion for me to come sit next to him. His actions were urbane and almost reassuring that nothing of an inappropriate nature would take place. But something told me to leave right away.

Years later, this priest was charged with sexual molestation of young boys. I guess I was safe since I was a girl, but to think how many boys- actually how many men came forward to admit their horrible memories to the authorities.

I’m very leery about extravagant churches begging people for money. I do realize, in order to have a church still standing, tithing is necessary, however, the reasons indicated why they needed donations from people less fortunate than them was unnerving. This Catholic Church left a very bad taste in my mouth. And the other night, it left another negative experience looming within my thoughts.

With all that being said, would you keep Madelene's mother in your prayers? It's the best donation we could ever ask for!
Catholic child molestation priests tithing