Who Can Judge Righteously? 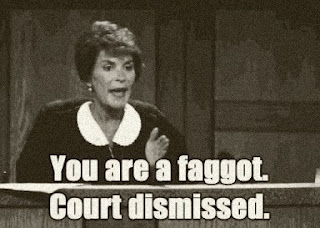 Why are we arguing?

For centuries, we’ve been arguing over religion. The same religions argue over what’s right and what’s wrong. Who’s right? Each person believes a differently from one another. Some are slightly varied from another and others are way out of the ballpark from the rest of the ‘same religion’. Christians, Catholics, Protestants, Episcopalians and other trinity-based religions read the same bible. The question is, why are they interpreting different meanings of the passages? Is it because it’s been translated so many times that we’ve lost all meaning of it? Or is it simply that God translates His word into our hearts as we read it?

I find that Christians are constantly battling it out with one another. Didn’t God say in the bible that we are not to judge one another? Didn’t He also say criticism is bad?

"Accept Christians who are weak in faith, and don’t argue with them about what they think is right or wrong. For instance, one person believes it is all right to eat anything. But another believer who has a sensitive conscience will eat only vegetables. Those who think it is all right to eat anything must not look down on those who won’t. And those who won’t eat certain foods must not condemn those who do, for God has accepted them. Who are you to condemn God’s servants? They are responsible to the Lord, so let him tell them whether they are right or wrong. The Lord’s power will help them do as they should."

Now, it goes on to talk about the Sabbath day (special day for worshipping) and which “day” it should be. It states that it is different for everyone. People are constantly at war with what they think is right and how “you” should live. Why are they focusing so much on us, when in fact, they should be focusing on God?

No one is ever going to win a religious battle. People are strong-minded when it comes to their beliefs in God. There is no solution and no war that has been won. There have been people who caved into believing what others have preached. For instance, my friend was made to feel guilty about her lifestyle – being a lesbian. The ironic part about it was, it was her own girlfriend who made her feel that way. After a few years of being together, her girlfriend decided that she wanted to remain celibate. That’s fine. No one’s to judge another about what they choose. If they feel less guilt doing it that way – then that’s how they should live. The thing that’s bothersome is, she made my friend feel tons of guilt about expressing her love to her partner. What’s good for someone else may not be good for another. In my beliefs, expressing your love in a non-monogamous and careless way is bad. (This is my beliefs.) But if you are in a loving and monogamous relationship, then I feel it’s blessed.

Most people who believe that they have authority to ‘judge others’ refer to the book of Judges – which is located in the Old Testament. Again, as I said in a previous post, the old law does not apply to Christians any longer. We are not to judge one another and ridicule people just because we think our way is the right way. This can only lead to discouragement of coming to God. The worst sin of all is to have someone draw further from God.

My conscience is clear, but that isn’t what matters. It is the Lord himself who will examine me and decide. ~1 Corinthians 4:4

The Lord himself will decide if we are right with Him. No human, no ‘faithful church goer’, no fundamentalist should ever put the power of guilt upon you. They have dark roots of their own that will eventually be revealed. Not one person is without sin. But if you believe with all your heart that Jesus has washed away the old law and made you clean – then who’s to say you’re going to hell? They hold picket signs and protest against homosexuals who want to marry. “God hates faggots!” They raise them up, as if Jesus is approving of this. Right there, you know this is the work of the devil. Would God approve of such behavior? God loves all His children – including His homosexual children.

The radical extremists claim Christ, yet have the desire to kill those who are different from them. {The desire to kill}---isn’t that sinful? To hurt one another and make them feel horrible about themselves? But yet, they continue to argue and belittle one another with ammunition of the bible’s word. One will scream out one passage, and the other screams out another to back their theory up.

So who’s right? The bible says a lot of things. The bible even states that if you are married to someone who has had a divorce – then you and that person are committing adultery. Unless the other person who they divorced is deceased, then it’s blessed by God.

What about the condemnation of eating shellfish? (Shrimp, lobster, oysters, clams, mussels, etc…) Will you go to hell just because you enjoyed a great shrimp scampi dish?

What if you sit down next to a woman who is menstruating. That’s it! We’re all going to hell!

It is a common misconception that Christians are expected to live within the laws given to Moses in the first few books of the Old Testament. This includes everything from keeping ritual sacrifices, keeping a kosher diet, and sowing a garden in a certain way to wearing blue tassels on our clothes, abstaining from cross-dressing and homosexuality, and so on and so on. This was all well and good for the Israelites, but it was given to them to make their nation prosperous. Because God called them to be his chosen race (for reasons beyond the scope of this node) He provided them with a lengthy guideline on how to grow and stay strong. The Old Testament includes many things: an instruction book on how to build a nation in the ancient world, a foreshadowing of the coming of Christ, some very beautiful poetry, and a remarkable history; but it can never be taken as a binding set of rules for all people and all eternity.

This is hardly a new misconception, in reality it's something the church has been dealing with its entire life. As Paul made his missionary journeys around the ancient world, preaching freedom from the Law of Moses, a group of ex-Pharisees (known loosely as the Judases) would follow a few days behind him, preaching that Gentiles had to become Jews before they could become Christians. This teaching included circumcision, a kosher lifestyle, and generally following Mosaic Law. When Peter heard of this, he came before the Christian sect of the Pharisees, saying:

"...Brothers, you know that in the early days God chose me to be the one among you through whom the Gentiles would hear the message of the gospel and believe. 8 God, who knows everyone's heart, showed them he approved by giving them the Holy Spirit, just as he did to us. 9 He made no distinction between them and us, because he cleansed their hearts by faith. 10 So why do you test God by putting on the disciples' neck a yoke that neither our ancestors nor we could carry? 11 We certainly believe that it is through the grace of the Lord Jesus Christ that we are saved, just as they are."--Acts 15:7b-11

The Mosaic law was difficult to follow to the letter. Many times, however, these difficulties arose from how the Pharisees and Sadducees interpreted the law. These men were not only the Clergy, but also the Legislative, Executive, and on occasion the Judicial branches of their entire political system. If someone wanted to know if it was kosher to tie a certain type of knot on a certain day, they'd ask one of them (they're also referred to as Lawyers). If someone had a complaint against his neighbor, they'd bring it up with them. This eventually led to a very large, complex system which (by Peter's own admission) was impossible to follow.

Paul says "For by grace you have been saved through faith; and that not of yourselves, it is the gift of God; not of works, so that no one may boast". Salvation comes by grace, not by works. If we could somehow earn our way into heaven by doing enough good deeds, shying away from the bad deeds, there wouldn't be any need for Grace. Paul addresses this issue in his letter to the church in Rome: "For all have sinned and fallen short of the glory of God", continuing "For the wages of sin is death, but the free gift of God is eternal life in Christ Jesus our Lord". Now, don't hear me wrong: works are an important part of faith (James even goes so far as to say 'Faith without works is dead'), but it's the Faith that leads to eternal life. Consequently, anyone preaching salvation by way of works (salvation by Mosaic Law, salvation by indulgences, salvation by baptism, etc) is falling into the same trap many pharisees fell into thousands of years ago.

Paul continues: "If you are led by the Spirit, you are not under the Law.", "Therefore no one is to act as your judge in regard to food or drink or in respect to a festival or a new moon or a sabbath day -- things that are a mere shadow of what is to come", and "For sin shall not be master over you, for you are not under Law but under grace". Keep in mind who Paul's talking to: young churches, mostly of a Jewish background. When he speaks of "the Law", he's referring to Mosaic Law. When he speaks of "the law", he refers to state law. (I say this so nobody thinks I'm claiming Paul says to disobey all laws.). Jesus clearly states in the the Gospel of Matthew that He came not to abolish the law, but to fulfil it. He didn't destroy the Law of Moses, he completed it. He fulfilled the prophesies of the coming messiah, He became the very essence of the suffering servant, (foreshadowed here, here, and here; reinforced here and here.)

So what laws do apply to Christians?

The base of Christianity is love.
homosexuality Jesus judging others sin