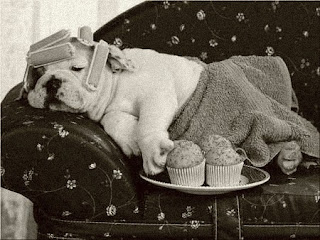 Let’s face it, the initial attraction to someone of interest is their appearance. That’s just surface of course. The substance is more important. Everything else fades eventually. Even in my own life, I’ve always been attracted to someone who carries herself better than her initial appearance. It’s more important to me. But, I’m thankful that I have looks, intelligence, friendship and laughter with my current partner. After the looks eventually head over the hills, I’m thankful enough I’ll be left with intelligence (unless she goes senile), friendship and laughter. I want to grow old with the person I’m with. I don’t want them to focus too much on their reflection in the mirror. I want them to focus on what’s inside.

Years ago, I once dated someone you could call ‘less than attractive’. She wasn’t the type you’d bring to a nice restaurant nor introduce her to your parents. She had her own style, yet it was way too shocking for anyone in my life to accept. Why did I care so much? Why did I give a damn if someone else thought I could do better? People always shot looks at us, and then later I got the, ‘what are you doing with her’ type of response. Back then I was insecure about myself. I loved this person very much, but I cared more about how she presented herself, rather than my own happiness of being in her presence. This led her to feel bad about herself eventually. It showed. I would sometimes suggest ways to do her hair or the style of clothes she wore. She was happy and content with what she had on and felt good in it. Who was I to judge?

As I got older, I began to accept myself more. I began to like myself more, which led to accepting others more. Sometimes, when we don’t like something about ourselves, we project it on to the person we love or the people who are closest to us. We pick out flaws and call them out on their idiosyncrasies. Don’t we have our own flaws and idiosyncrasies to deal with as it is? I finally realized that it consumed me. I started to focus on my past relationships and how they were so much better. I compared my current partners to my past partners, which eventually ruined any relationship I had going. It wasn’t fair to them and it wasn’t fair to me.

Why was I so obsessed with changing the people I was with? The fact is, no one can change anyone. If you were attracted to them in the beginning, then why would you want to change them now? It’s an inner conflict of insecurity issues. I know that was my case, and it’s the case for a lot of other people too. You can’t expect someone to change. Only God can change a person. Most of the time, people try changing others to suit their own lifestyle – not to better it. It’s selfish. If you’re in a relationship and find yourself wishing your partner would change, the first step before anything else should be the question of, ‘what can you do to change how you feel about it’? You can change your mindset to accept the person as is. Of course, if you want your partner to change due to bad lifestyle habits that are potentially dangerous for them – then that’s a whole other ballgame. I’m talking ‘surface’ right now – which includes appearance and lifestyle choices that are harmless.

When I truly love someone, I want them to stay the same. For instance, I just bought my dream guitar. It’s a beautiful 12 string acoustic Takamine. I’ve been wanting this guitar for ten years. I finally got it. I love the looks, the way it sounds and the way it plays. I never want this guitar to change. Before my dream guitar, I had the sister version of it – only a 6 string. I loved it then, and I still love it till this day. It didn’t change at all. And that’s the main reason why I still love it.

I learned something else in the process of ‘trying to change someone’. The best thing to do when you feel the urge to change someone you care for intimately is to be alone for a good amount of time to discover what you like about yourself. As the old saying goes, if you don’t love yourself, then how are you going to love anybody else?
appearance changing confidence insecurities love