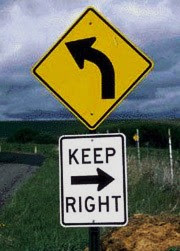 How terrible it would be if a newborn baby said to its father and mother, “Why was I born? Why did you make me this way?” ~Isaiah 45:10

It’s one of the first scriptures I reference to in the book I wrote. I’m finding that I’m having difficulty understanding why God brought me here – why He chose to put me here on earth full of life’s struggles. I’m sure a lot of you go through similar things, but different flavors. I used to get frustrated with so many things in the past. I couldn’t get to point A. to point B. fast enough. But my excuse back then was, “But I’m still young…it’ll happen.” I’m thirty-three years old now. Things should be moving and shaking, and they aren’t, however I won’t mention which parts are moving and shaking at my age now. We’ll just leave it at that!

I would love to entertain the thought of not being an envious person. Sadly enough, I find myself wondering why things are happening so easily for some, but so challenging for me. My work is much different from others – I know that. My work to some isn’t considered “work” at all. It’s considered more of a hobby. The ‘starving artist’ scenario. As artists, we feel the pangs of our effort that goes into our work. We struggle and hope that whatever it is that we create will flourish us with what we need. But what is it we need? Is it the mere joy of doing what we love? Or are we really trying to make money out of it? I want to speak for myself and say both! Why not? With my anxiety and depression along with horrible menstrual pain each month that leaves me practically debilitated, it’s very hard to keep a 9-5 job that’ll give me the financial needs I’m looking for. But the one thing I can do is write and create music. I also have a talent for bartending, but the hours are very late. I’m not sure I want to do that again.

Even with being a published author, I don’t have the means of obtaining a PR rep or the ability to advertise as much as I need to. I’ve submitted my writings to numerous agents and publishers that simply took my material and set it aside somewhere on their desk ‘to be looked at’, or it was just thrown out in the wastebasket for all I know. So I’m lost. I don’t know where to go from here. It leaves me drained with thoughts of worthlessness and lack of hope. There are many things in life that I do love though. I love the closeness I have with my friends and family. But as time goes on, I can definitely see the change in relationships with each person. I’ve grown apart from my family very much. Sometimes I think I barely know them at all. I never thought that would happen. With the lack of spending time with them, it’s easy to fall into the category of just a ‘family member’, and not ‘their daughter’, or ‘their sister’. We call ourselves a close-knit family, but we’re really not. Or, I should say, “I’m really not”. Not anymore. I don’t have anything in common with them. I don’t have kids, I don’t live the ‘heterosexual’ world, and I don’t have the same mindsets as they do. We’re so different. But it shouldn’t really matter.

A lot of people don’t think I want to bother with them. They think that I’m too busy to give them a call, or that I’m just not into their friendship – the same with my sisters. The truth is, I’m scared to even call any of my sisters or some of my friends. To me, they seem too busy with their own lives and have way too much on their plate to deal with someone like me. My conversation may be frivolous, or maybe I lack the knowledge of preschool and kindergarten matters. I don’t have a concept of my own family. But, I don’t want children. Maybe they think that I don’t like children. Sometimes I’m actually scared of kids. They frighten me. I don’t know how to make children happy or act around them. I’m not sure if this has anything to do with being the youngest out of four girls, but it always makes me want to know why I can’t relate to them as much as I want to. I’m terrified to baby sit, which makes my sisters probably think that I’m not there for them or that I don’t want to help, but I am and I do. I’d do anything for them. They probably think that I don’t love them. But I do. They’re my best friends...or were.

It’s so awesome to see my mother and her sister interact. Those two are genuine best friends. When they’re together, they hold hands while walking on the beach in Atlantic City, they laugh until tears come pouring out of their eyes, they even say “I love you” often to one another before hanging up the phone after a long conversation. I’m envious of my mother’s relationship with her sister. I wish I had that. I love seeing them together. It makes me happy to see them happy. Maybe the struggles of how they were brought up somehow made their bond closer. Maybe the way my sisters and I grew up somehow left us feeling astray. I don’t know. Each relationship is so different from another.

Now with the distance that has been created with my family and some of my friends, I sort of feel at a loss. I don’t know what to do. I feel unstable. I have thoughts of just moving across the country and starting a new life, but it’s much easier said than done. I used to think I would never entertain that thought, but now it’s sort of easier to think about since I’m so far away from my family as it is. Maybe I need a different pace in my life. Maybe a different atmosphere would change my way of thinking. Even just to try it for a few months or more would give me a better taste of what life’s really about.

Amy used to live in San Francisco. She speaks so fondly of it. Lately, she’s been speaking about it more and more and keeps telling me how much I would love it. She has a lot of family members on the west coast and that’s definitely where her heart is. I can tell. New York is draining her. I don’t think she’s adapting as well as she wanted to. It’s not that she can’t do it here - she’s just a west coast kind of gal. I admire that. But the question is, maybe I’m a west coast kind of gal too – and just need to get my bum there instead of wondering what it would be like to walk the streets of SF and maybe even open up my own café one day, like I dreamed about most of my life. Maybe all of my art, music and writing will come to fruition over there. Maybe New York isn’t for me.

With all these questions in my mind today, I wonder how long they’ll last. Tomorrow’s a new day with new thoughts. I know myself. I change my mind so fast and so abruptly, that this post will be long forgotten before I even finish it. I don’t know why I’m so unpredictable or unstable with my thoughts and ideas. I wish I could maintain a thought or idea and just stick with it. Maybe this post will help me decide whether I want to pursue a life in California. It couldn’t hurt to look into it or try it out. The worst thing that could happen would be a one way ticket back to New York…but that doesn’t mean I have failed.
career family love New York San Francisco