Undeserved Forgiveness: Does It Exist? 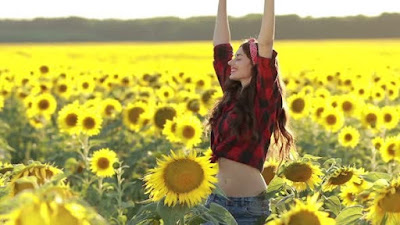 Many people are diagnosed with PTSD. But some people have also been misdiagnosed with it. I know I was to an extent. When I learned what PTSD actually was by a series of questions my therapist asked, we both realized that I wasn't the one with PTSD--my parents were. One of the questions were, "Do you constantly have flashbacks of the day when your parents were arrested in your home when you were sixteen years old?" 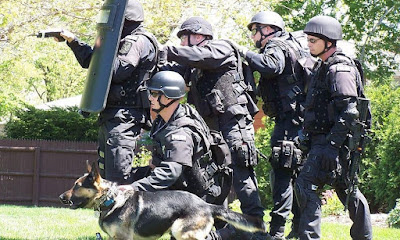 I mean, I think about it from time to time, but what I think about most is how all of us became closer and supported one another during the process. We stuck together through it all like a true family. There was forgiveness and healing after everything was said and done. If you click here, you can read up on the details of that dreaded day. In short, my parents home was raided by the FBI for a number of reasons, which is listed in that article.  Was I upset? Of course. But this was my parents' trauma---not mine. I mean, thinking that you're going to lose your parents because they're going to a federal pen is pretty traumatic. Seeing a ton of FBI agents with assault rifles pointed at your home is pretty scary---but I wouldn't call it as traumatic as someone living in an abusive household. I looked at the bigger picture. It could have been much much worse. I could've been in a real shady household, being physically and verbally beaten or sexually abused. I wasn't. When I think back on my childhood, all I can ever remember is all of the happiness, comfort and safety. I think about the togetherness, having three amazing siblings to spend my life with.

On that same day our home was getting raided, and my property was being dug up 30 ft deep for "missing bodies" (which turned out to be a lie) I thought to myself, "All these years my parents' punished me, and yet they're doing something 100 x's worse!" But I loved them. They were my everything. So, I forgave them. I realized how human they were. All of my siblings forgave my parents too. We were truly all best friends. Nobody could do any wrong in our eyes. We can 'see' the wrong, but we can also move past it. 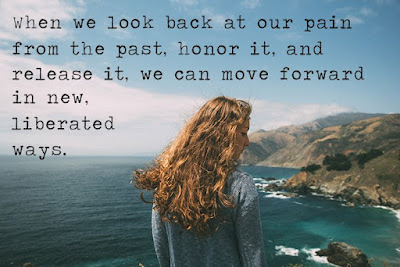 By not forgiving someone, you are possibly enabling your own PTSD by keeping a record of wrongs. Depending on what took place in your life, if it is something that you can pardon, it'll not only benefit the person who needs forgiveness, but it will relieve your heart and after some time, your mind will start to erase the memories more and more, to where you no longer have "flashbacks." When they say to "forgive and forget"---I believe that once you forgive first, your mind and heart starts to think less of it, which leads to forgetting. We may keep an archive file in the back of our minds, and take it out from time to time, but that file won't jump out unexpectedly. You have to literally pick it out of that folder you have tucked away.

I've heard that in order to forgive, you must always remember the offense so that it doesn't happen again. I disagree with this. I mean, yes we can all learn from something that has happened to us, but why aren't we giving ourselves permission to move on from it? I know quite a few people (writers/authors) who talk about PTSD and dealing with people who have hurt you in the past. They even give detailed descriptions of certain traits of people to stay away from. I think each person is so individual---how can you peg them for doing something another person did? That's why many people don't trust anyone anymore. They were hurt by someone they loved, whether a spouse, an ex, or a family member, and they use that very experience and purge it all on the next person to come into their lives. It becomes more about misplaced anger. 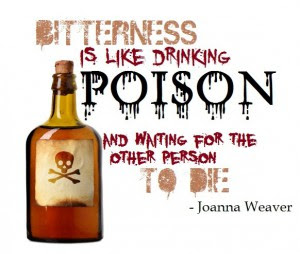 Here's my motto. Give the benefit of the doubt, until the day you can't anymore. Then if need be, walk away from that person. See, forgiveness doesn't necessarily mean reconciliation. It means moving forward, for both parties involved. One of my favorite sayings is, "Bitterness is like drinking poison and waiting for the other person to die." That person probably doesn't even know that you're still seething over past arguments, and most likely, enjoying their lives while you're home complaining about them. You're letting them stay in your head rent-free.

"Well that's just too big of a thing to forgive."

In a schoolhouse shooting years ago in the Amish community of Pennsylvania, the people had forgiven the killer and his family. News of the instant forgiveness stunned the outside world–-almost as much as the incident itself did. Many pundits lauded the Amish, but others worried that hasty forgiveness was emotionally unhealthy. As a father who lost a daughter in the schoolhouse said, "Forgiveness means giving up the right to revenge." --you can read more about that story here.

Forgiveness is purging your hurt and pain. It's not "bottling up your emotions" ---bitterness will do that. Everything can be forgivable whether you believe that or not.

“Peter came to Jesus and asked, ‘Lord, how often should I forgive someone who sins against me? Seven times?’ ‘No, not seven times,’ Jesus replied, ‘but seventy times seven!’” (Matthew 18:21-22 NLT). 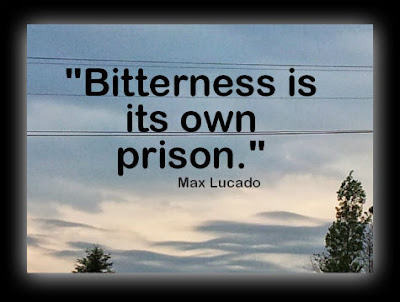 Forgiveness can be very difficult for some people to do. It puts the seed of revenge in your heart. When you don't forgive someone for their faults or actions, you start to imagine revengeful things, even if it's as small as snubbing that person at work. You're harboring resentment. You're the one suffering with this heaviness, while the other person may not even know what's going on. I remember talking to my friend last year about this. She wasn't able to forgive her ex, (now friend) for moving on and dating again. She explained to me that she can figuratively kill someone with her words. She literally said, "I don't use violence, I can destroy someone with mere words. I can point their weaknesses out and use it against them." For me, it sounded like a whole lot of emotional work and a heavy burden to bear. Wouldn't it be easier to realize the situation for what it is, and forgive it and then move on? 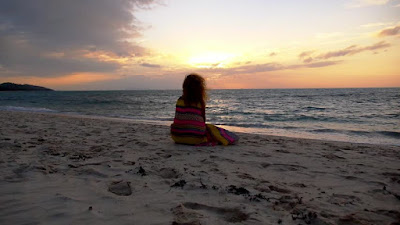 When someone is insecure about themselves, it usually shows up in other ways. When you hurt or wrong them in whatever way, it validates why they are insecure in the first place, leaving them to feel too vulnerable and betrayed beyond belief. We all get betrayed from time to time, but many people fall upon playing the victim. For me, when I see the character of a person (including myself here) I look for how they (or I) respond. Do they tend to get violent and revengeful or are they more understanding and forgiving? When I hear someone say how they can easily rip someone a new fanny, I kinda start wondering how much hurt they have stored up in their heart. Maybe it's time to release it all and give it to God. I used to do the same thing, and I know how painful it was. This doesn't mean that you need to be a 'pushover' with zero backbone---it means that you can put yourself into someone else's shoes and see the situation from the outside.

How do you think I made it to 26 years with my wife? She forgave me a million and one times, ha... On both parts, we both forgave each other for whatever it was we were upset over. Back in the olden days, forgiveness was used a whole lot more, which is why so many couples stayed together. Today? You're lucky if you made it past 6 months. With all of these 'pseudo gurus' writing books on narcissism and how to "fight back" are going against what God even said in the first place. It's stating to not forgive the offender. Again, you do not have to reconcile, but forgiveness works in both parts: for you and for the offender. And if you don't want to wish someone well who has hurt you, then you are 'of this world' according to the Bible. But it works! I wouldn't be writing this if it doesn't work. Jesus said to LOVE YOUR ENEMIES.

"Forgiveness does not change the past, but it does enlarge the future." --Lewis Boese

If you forgive those who sin against you, your heavenly Father will forgive you. But if you refuse to forgive others, your Father will not forgive your sins. --Matthew 6:14-15

If you're holding resentment or bitterness for someone, try letting it go and forgive them. Envision what it's like to live their lives and to experience all of their struggles. We all have a cross to bear, which is why we should be more forgiving, more understanding, more compassionate---everything that 1 Corinthians 13:4-8 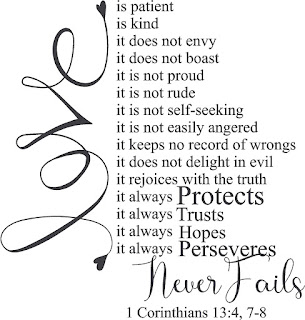 For more of Deb's articles, please visit: www.debrapasquella.comor join her on Facebook and Twitter. Check out her cooking blog at DebsCucina.comfor some of her famous recipes!