Complicated Friendships As an Adult? 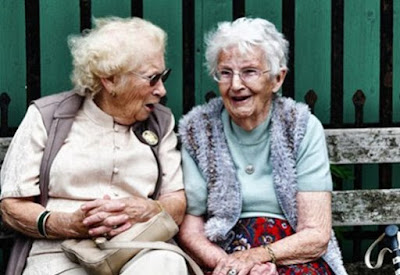 Every friendship is different. We acquire some friends by meeting them at events or through somebody else. We relate to them either by similar interests, or just relating because you are of the same culture and can share similar past stories and recipes. Whatever the connection is, it should be mutual, respectful and most of all -- a positive experience. Most of my friends were acquired through my childhood and school days. Anyone within the past decade or so are very few. I think it's safe to say that once you hit a certain age in life, you become more selective in who you want to spend your time with, and there's nothing wrong with that at all. For me, connecting with someone definitely means ZERO complications on any scale. It should be nothing but positive and edifying. Of course, you can definitely run into misunderstandings, and that's okay, but when it becomes a normal occurrence that your friend is constantly complaining about something you're doing or something you're not doing -- run.  Here's how I look at it: drama-filled individuals seek out this adrenaline type of rush by inflicting some sort of friction just to get a reaction, because either 1. you're not giving them the attention they need or 2. that's just their nature. Some people require much more attention than the average person can handle. If your friend yells at you for not calling them for two days -- even a week -- that friend should be the one to either check up on you, or maybe just respect your space as an adult. 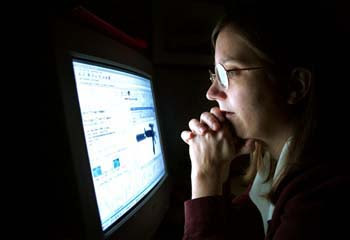 The same respect I give to my marriage I give to my friends. I respect my wife enough to let her have her own space, her own life, where when we do come together, we can share our days and experiences. Nobody owns you. Nobody "deserves" your undivided attention (except maybe, God) and even then, God gives us free will, where He lets us choose when we want to pray and spend time with Him. As I'm approaching my mid 20's --- ok ok ok, my mid 40's, I'm beginning to see a strange trend with many of my single female friends. Some seem aggressive if not responded to, while others seem grateful and excited to hear back from you. They'll wonder why you hadn't updated your Facebook or Twitter status, or if you're completely ignoring them altogether. Some even cyber stalk you. The difference is -- the aggressiveness, the defensiveness of the response you get from friends who haven't heard from you in a bit is a form of a fear of abandonment. The insecurity that you may have left them for good can trigger a memory in their past that the person who left them without saying one word has now morphed into YOU. You cannot convince them it won't happen either. They stopped believing people because people have lied to them all of their lives. And it's sad, because there are good people out there who love their space, but love the quality time spent when they do come together with their friends. It's pretty much the same for both intimate and platonic relationships. It's the "I'm gonna hurt you before you hurt me" responses that come flying your way once you do contact them after a few days, which in their book is way too long. 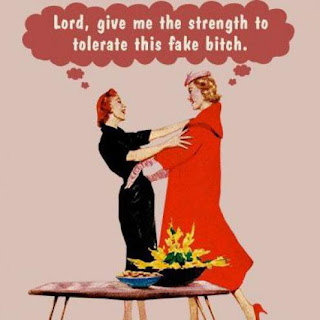 Sometimes you also have to carefully listen to what people say. Some people aren't as genuine as you may think. I'm not trying to get anyone paranoid, but words are very powerful, and sometimes, people slip and tell their secrets without even knowing. For instance, I can tell if someone is fake. If you are trapped with spending time with someone, whether it be a coworker on a business trip or perhaps, your husband's or wife's family in whatever capacity, listen to their words. I had one person who was a friend of the family say, "Oh I can definitely fake being nice to someone and pretend to be their friend." You'd think, well, since they said this to me, then this doesn't apply. Wrong. There are some people who are capable of putting on a smile and saying hello in a higher octave to make you believe they like you. They may laugh a little louder or even compliment you in a roundabout way, but make no mistake, some of these people are just big fakes. Usually, they're out to use you in some capacity. Maybe it's to make peace with friends or family in common, or maybe it's to use you to get from point A. to point B. I have no clue why anyone would do this. I knew a saleswoman I was friends with and she would put on the charm and laugh really hard at my jokes as she was stabbing you in the back the next day. I usually found this with friends at work, but this definitely can apply to a personal situation as well.

I remember back in the day in my teens when I had over 100 + friends. I had parties every Friday night and everyone came over. We were truly friends! We truly loved each other too. In fact, most of them are still in my life today. As we grow older, we learn the art of manipulation. With the ingredients of insecurity and past hurts, it can create an atmosphere of a pseudo friendship, or worse off, being betrayed at every level and used for whatever it is they needed from you. I have had this happen quite a few times as an adult, which is why I keep very few close to me and others at arm's length. I don't do well when someone yells at me for not calling them back in a couple of days. I don't do well with interrogating questions, because only my mother was able to do that, even as an adult. And now that she has passed on, I'm starting to see who my real friends are. I always used to ask my wife why she would seem so "surfaced" while socializing with new potential friends. She never delved into personal matters or shared anything she deemed as "too personal" -- even if it was something really minor. She said, "Deb, I trust no one." And now I'm finding out that she's absolutely right. She has this sense about people that is so on the target. I always miss the target because I like to give the benefit of the doubt, but she is really one smart cookie. (Yes, Madelene, I complimented you...) 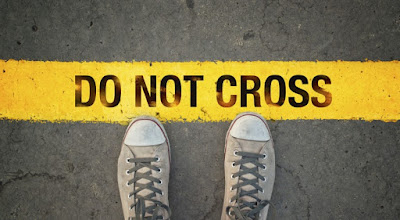 Another thing I do not tolerate is when people disrespect my relationship with my wife. This is for men or women. Men seem to think my relationship is more of a "playing house" situation and because I'm feminine, they don't think that I'm "REALLY" gay, or that I'm committed to one woman. Some women disrespect my marriage and try to steer me off into some strange affair. Not happening. I always have to wonder what kind of people they're hanging around with that may do this sort of thing. But once you disrespect my marriage, then I'm most likely gonna to disappear, or "ghost" as the kids say these days. There are many people who seem to have zero boundaries when it comes to that. It's not that I have a wall up, it's just that I expect "friends" to remain in the friend zone at all times. When you try to cross that boundary -- that imaginary line, then I'm most likely going to fly away.

If you're in a complicated friendship, run. If the complications get worse and worse, and you start to see a pattern, run. We're adults. Drama was only for when we were young and stupid. We're grown adults and shouldn't have these sort of issues, unless, we have underlining issues of our own. Time to start noticing the red flags.

For more of Deb's articles, please visit: www.debrapasquella.com or join her on Facebook and Twitter. Check out her cooking blog for some of her famous recipes! Feel free to watch Deb's live broadcasts over on Periscope as well!