The Purpose of My Lost Pages 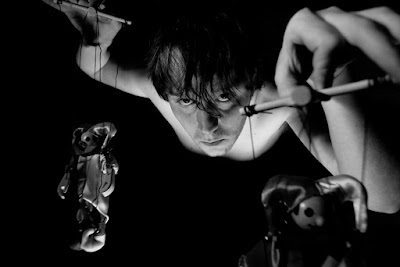 Are you a control freak? Sometimes, you just gotta say, "I'm OK with it," and move on. There are so many things we want or need to control that it just overtakes our ability to see the message that's being sent. As cliché as this may sound, maybe it was just meant to be. Maybe God removed something in your life to give you something better. Or if you didn't see what the "better" was, then maybe He was trying to test your strength and endurance, especially your faith. Years ago, when I didn't get what I wanted, I'd turn into a huge crybaby, kicking and screaming like an undisciplined kid in a supermarket. But the more I fought and cried over the situation, the worse it got. My worrying, my tantrums, my crazy episodes weren't going to make anything better. To even top it off, sometimes I would get so upset over something that I had no control over, that my uncontrolled emotions would give me severe chest pains. So now, I had another problem: am I having a heart attack?

The other morning when we woke up, our entire driveway and road was iced up. Nobody could drive in or out of here. And on top of that, Madelene wasn't feeling well, so she stayed home. Me? I had to commute two rooms down into my office and still work. When I got all prepared to do some editing and continue working on my book that's supposed to be released this March, there was no book to be found. Nothing. I tried searching for it through other files. Zilch. Nada. I felt my heart begin to pound, as I scrolled through every single document I had. I checked the trash and it wasn't there. I tried to get back into my Pages on my Macbook to open my file, but again, it only gave me one option: new file. 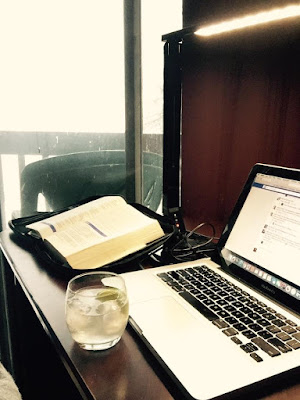 Like any other writer, I'm going to say that I worked so hard on this book. I really did. It wasn't even about the work itself, but in some of these chapters, I felt God writing for me. Some of the content didn't even sound like me! It was the most amazing content I had ever written. The manuscript was weeks away from being edited professionally and then to be published by mid-March. I made my grievances on Facebook, where I could vent and hope that somebody out there could possibly tell me a quick solution. As many comments that came flooding in, nobody could truly help me. Many offered to call me and even have their spouses help me, which is incredibly nice of them. I was overwhelmed over the loss of this file, and overwhelmed with the beautiful offers of help from these wonderful people. I had to leave my office and make a drink. It was 3:30pm, a bit early for happy hour, but at this point, I needed something to calm my nerves. I went into the other room and cried my eyes out. I cried so hard, I began to get chest pains. Madelene came inside and hugged me. She assured me that it couldn't be completely lost. It just couldn't. But, it wasn't there either. 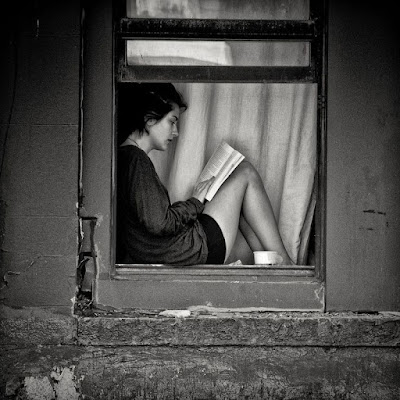 Coming to terms that Apple doesn't provide a service to retrieve lost or deleted files, I finally succumbed to the final decision of letting go. I have to come to terms with 'what is,' and to assimilate to my new realization: it's. just. gone. I could've tormented myself with another mini breakdown or had another one of my pity parties, but I did something else instead. I focused more on broadcasting and trying to uplift others around the world, as well as give some positive scriptures with some special inspiring words of my own. I'm also writing my book again. I don't care. I'm going to do it in such a different way -- a way that I was too scared to do it in. I think God was nudging me to be braver, instead of being conservative about it. He was also telling me to bring back my 'rawness' -- the type I had years ago when I first started writing. I tend to not let myself become vulnerable (enough) because I've been hurt deeply in the past. That should give me more reason to become vulnerable -- to relate more with my audience. They don't want some emotionless psychobabble or a "how to" book. They want to know what happened and they wanna know how can they get there too. What's in it for THEM? I think many writers forget that the person reading their content also has a need -- a desire to know, 'what's in it for me?' I know for myself, whenever I walk into a Barnes & Nobles and rummage through their shelves looking for the perfect book, I'm honestly looking for someone, an author who wrote something to help me with what I'm going through. Or maybe I just want a book to remove me from my own world -- to give me a little vacation from reality. It's about "me" -- but in this case, as a writer, it's about you. 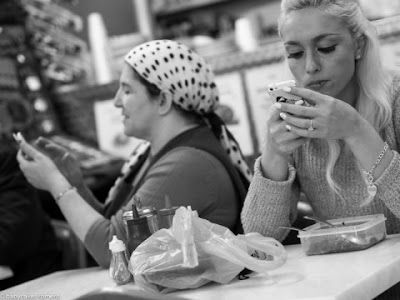 The world has become very cold, being that we have so many reasons and options to say, "No thank you," to an invitation, because we can always meet up on social media or text. We don't even pick up the phone half the time because there's always text messaging. It's also become a world of narcissistic individuals who truly believe the world revolves around them just because they have over 5,000 followers, or more. Even if you have a million followers on whatever social media you're using -- use that huge platform to help people. Use that platform to share yourself -- but remember, share yourself in terms of showing someone what you've gone through, and how you can relate. I learned a valuable lesson from a very special author once. She said, "Nobody cares about your life." She wasn't speaking about me per se -- she was speaking about every single one of us -- in general. Unless you are a heartthrob idol of sorts, people will most likely be happy watching you scrub dirt under your refrigerator for an entire hour on a live stream. But if you're someone who's the everyday average Joe or Jane or even if you are getting up there in your publicity -- keep it humble. Make it helpful. Be sincere. And always have the strength to apologize if you are in the wrong. 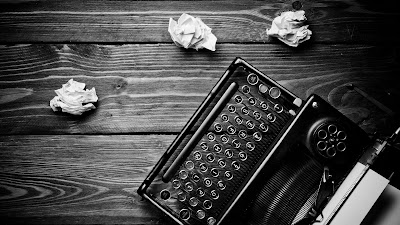 There are many people who like me, have found their careers by means of the internet. I started writing back in 2003. My first book was published back in 2005, which was mainly about the trials I went through, in order to help those suffering with the same struggles too. I used that huge platform in order to teach about the Word of God, and to help teach about the Scriptures, in an easy-to-read type of way. Let's face it, the Bible is hard to read as it is -- why not share your beliefs and interpretations of what it means. I've helped many of the LGBTQ come to know God. I have even bought Bibles for a few of my friends in order to get to know God better. One of my atheist friends is a devout Christian because of that Bible. And it wasn't because of me -- it was because God led me to do this.

God has a plan. Have you ever felt like you didn't have a purpose and your life seemed like it was meaningless?

“Whatever you do will be insignificant, but it is very important that you do it.” ― Mahatma Gandhi 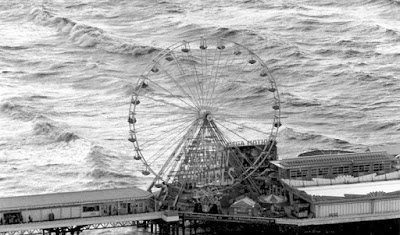 Did you ever think to yourself, how am I going to get from point A. to point B. if I keep on this same path? Remember the book or movie called, "The Five People You Meet in Heaven?" It's a novel by Mitch Albom. It follows the life and death of a maintenance man named Eddie. In a heroic attempt to save a little girl from being killed by an amusement park ride that is about to fall, Eddie is killed and sent to heaven, where he encounters five people who had a significant impact upon him while he was alive. He discovered how significant his life really was, even though he thought that his job was pretty insignificant. It really makes you think about your own purpose in life. The little things, like spending time with your elderly parent, or taking your child out to the park when you don't feel well. Little things like that can be the biggest thing in the world for somebody else. You are giving them joy. That's HUGE! To give somebody else joy and happiness is glorifying God Himself. That's not such a bad purpose, is it? 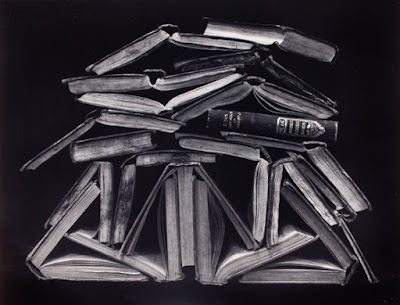 So, let my book be lost in glitch-heaven, I'm OK with it. In fact, it's better this way because between the time I lost that book right up to this present moment, I have so much more to write. I'll keep updating you on the progress of the book, but one thing's for sure, I will never give up. And I urge you to do the same. Never give up, even though it looks hopeless, keep doing what you're doing because someone somewhere is relying on you.

"My dear brothers and sisters, be strong and steady, always enthusiastic about the Lord's work, for you know that nothing you do for the Lord is ever useless." --1 Corinthians 15:58

"Work hard and cheerfully at whatever you do, as though you were working for the Lord rather than for people. Remember that the Lord will give you an inheritance as your reward, and the Master you are serving is Christ." --Colossians 3:23-24

Whatever you do for somebody else, you're doing for God. When they speak of "inheritances" and "rewards" -- it doesn't necessarily mean financial prosperity. It could mean living a nice, quiet and peaceful life, which many of us refuse to live. All things are possible. For me, even to just get another book out there doesn't mean I'm going to make loads of money from it. It means more to me to see how my last book helped so many. Just that alone is worth writing another.

For more of Deb's articles, please visit: www.debrapasquella.com or join her on Facebook and Twitter. Check out her cooking blog for some of her famous recipes!
at January 27, 2017