Lesbian Couple to be the New Pastors of Calvary Baptist Church 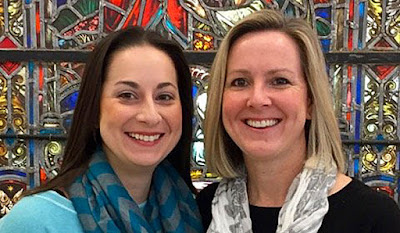 Sally Sarratt and Maria Swearingen who are a married lesbian couple, were announced as the co-pastors of Calvary Baptist Church in Washington last Sunday. They received a lot of heat from other Christians who believe that homosexuality is a sin. Most cringed, throwing stones and condemning them to hell for "false doctrine." As a Christian myself, I do not believe that homosexuality is a sin. It is listed in Leviticus, just like the other 613 commandments that were from the Old Law. New Christians believe that Jesus died on the cross and abolished the law. If you keep the Old Law, you must obey it, like steering away from lobster and shrimp scampi, not shaving your beard, not wearing clothing made out of different fabrics -- the list goes on. 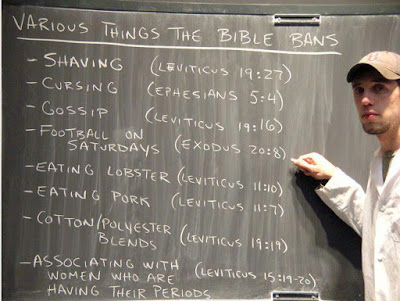 In the Bible, it states:

"But what if we seek to be made right with God through faith in Christ and then find out that we are still sinners? Has Christ led us into sin? Of course not! Rather, I make myself guilty if rebuild the old system I already tore down. For when I tried to keep the law, I realized I could never earn God’s approval. So I died to the law so that I might live for God. I have been crucified with Christ. I myself no longer live, but Christ lives in me. So I live my life in this earthly body by trusting in the Son of God, who loved me an gave himself for me. I am not one for those who treats the grace of God as meaningless. For if we could be saved by keeping the law, then there was no need for Christ to die."  -- Galatians 2:17-21 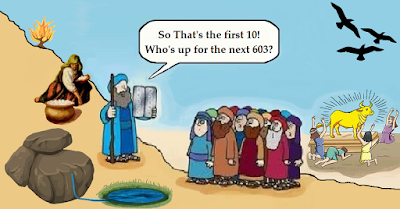 Pretty huge statement if you think about it. “For if we could be saved by keeping the law, then there was no need for Christ to die.”

Another scriptures tells us that there are no more Jew or Gentile, male or female through faith.

"Let me put it in another way. The law was our guardian and teacher to lead us until Christ came. So now, through faith in Christ, we are made right with God. But now that faith in Christ has come, we no longer need the law as our guardian. So you are all children of God through faith in Christ Jesus. And all who have been united with Christ in baptism have been made like him. There is no longer Jew or Gentile, slave or free, male or female. For you are ALL Christians—you are one in Christ Jesus. And now that you belong to Christ, you are the true children of Abraham. You are his heirs, and now all the promises God gave to him belong to you." --Galatians 3:24-29

Another scriptures many Christians will throw at them is the story about Sodom & Gomorrah. This story references to rape and humiliation -- not a loving relationship between two people. But they will twist their scriptures to suit their own hatred and bigotry.

The story of Sodom and Gomorrah is quite clear. Basically, God says that He's going to destroy cities of Sodom and Gomorrah, if two angels cannot find any good people within the towns. Once the angels arrive, a kind man named Lot invites these angels into his home and entertains them. This angers the cities' men, and the men rallied outside of Lot's home, wishing to do "perverse actions" to these male angels. Moments later, the two cities are destroyed by fiery rain. Many anti-gay Christian ministers use this passage to say that this is an example of God’s wrath against homosexuality -- as if the men of Sodom were all gay, and all trying to "be gay with" these male angels. Historians and sociologists tell us that gang rape was a very common form of brutal humiliation of the subjects, in the ancient Western world. The Sodomite men did not come to Lot’s house to have monogamous, committed, loving relationships with the male angels residing there. They came to rape these angels. Also, MULTIPLE parts of the Bible (Luke 10: 10-13; Isaiah 19: 13-14; Jeremiah 23: 14; Ezekiel 16: 49; Zephaniah 2: 8-11) tell us that God despised the greed and their wickedness toward outsiders as their sin, not that fact that men wanted to “have sex” with men.

Any references to homosexuality listed in Corinthians, Romans, Matthew -- any NT references -- are all describing promiscuity and lustful and reckless sex between both heterosexuals and homosexuals.

What truly bothers me about the flak that Sally and Maria have received is that they'd rather turn these two beautiful women away from God. Most say, "Denounce Christianity if you're going to continue your perverted lifestyle!" If you trust God enough, and you truly believe that homosexuality is in fact a sin, then pray for them. Don't you trust God? Don't you think God will handle any situation if He feels is unfit? By faith, these two women are preaching the word of God and inspiring many people. It is not "false doctrine" to spread God's word. It is false doctrine to judge people -- to throw stones -- to not acknowledge your own sinful ways. 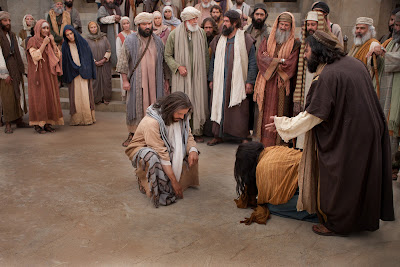 When the accusers heard this, they slipped away one by one, beginning with the oldest, until only Jesus was left in the middle of the crowd with the woman. Then Jesus stood up again and said to the woman, "Where are your accusers? Didn't even one of them condemn you?"

And Jesus said, "Neither do I. Go and sin no more."

Many Christians will sift through that passage and read only one line: "Go and sin no more." Adultery is a sin, both for heterosexuals and homosexuals. We're talking about breaking a marital vow. Promiscuity is sinful, yes. It's also forgivable. But my point is, those who judge these new pastors of the Baptist church in Washington are acting like the Pharisees who threw that woman into the crowd to get stoned. They wanted to see her pay for her sinful act. Jesus was merciful. All of these awesome scriptures and stories about Jesus are overlooked by so many.

So my personal note to Sally Sarratt and Maria Swearingen is this...

May God bless the both of you as you inspire, encourage and teach the word of God. May the Holy Spirit guide you, flow through you, so that you can bless others with your faith. Stay strong, because remember -- Christians are the ones who get prosecuted! Real Christians of faith are the ones who will be stoned by many. Pray for a hedge of protection and remember, if God is on your side, then who can be against you? You are needed in this dark world, and I thank you. I wish I lived closer to be apart of your congregation. Blessings...


For more of Deb's articles, please visit: www.debrapasquella.com or join her on Facebook and Twitter. Check out her cooking blog for some of her famous recipes!