Promote What You Love Instead of Bashing What You Hate 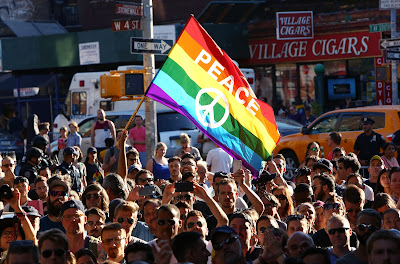 The other day, I was asked if I could do a write up about the Orlando shooting. I mean, seriously -- what can I say? What can I possibly add to such a tragic ending of 50 lives? Nobody's going to feel better just by one of my posts. It's not going to make the family members of the deceased feel any better. Everyone on social media are writing about it. A select few said that they had heavy hearts, and rightfully so. But most are seeking out an opportunity to hop onto their huge ego-filled soapbox, all lit up in neon lights and hooked up to the biggest amplifiers on earth.

You know what it's about? It's about every single one of these beautiful souls that we lost. You can click on the name to see their profiles. 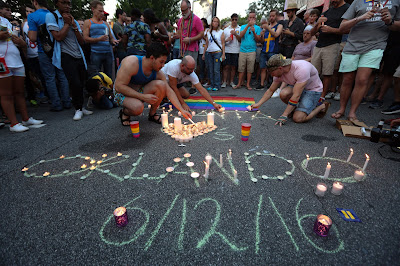 Nothing can ever bring these people back. None of your politics matter. Nobody's politics matter. I spent the last couple of days home with my wife. At one point, I was reading through all the posts people were carelessly writing up on Facebook. They were trying so hard to invoke a reaction -- they wanted to create an argument --and they knew what they were doing. They weren't being passionate about their "politics" -- their oversized egos were all shouting, "Hey! Look at me! Look at me!" We should have been looking toward the families of the deceased and praying for them.

I guess for me personally, I get this sort of numb feeling when such horrible things in the world take place. I remember feeling a strange void or perhaps some type of detachment on 9/11. And then it hit me. I just cried my eyes out and couldn't stop. I withdrew a little and became a bit of a recluse. I found myself doing that over the weekend and I am still in that phase somewhat. And it's not that I'm fearful of stepping out into the world, but I'm fearful of hearing about other people's views and their takes on gun control or what Trump can or can't do or how religion destroys people ---enough. 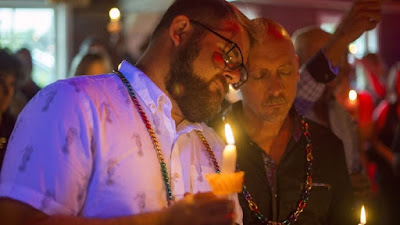 Last night, Madelene had the news on at around 11pm. I said, "Please...turn it off." I had the biggest lump in my throat. I couldn't sleep. I tossed and turned all night. I finally ended up getting physically sick over it. I know it's not healthy to be such an emotional sponge -- but it's always been a bit of a downfall of mine. I find it so senseless that people are arguing over gun control and LGBT issues right now. I find it disheartening that good friends are ending their years of friendship over some stupid comment they posted up onto social media.

And if all you're doing is bashing what you hate and not promoting what you love -- then your argument is moot. You have just stooped to lowest form of humanity. If your presidential candidate or political argument (whichever side) isn't good enough to promote, then something must be 'off', or you're not that confident in your own argument. Regardless of the cause -- you are invoking a reaction from your friends and family online, to which you'd probably never do in public or face-to-face.

Do what you need to do in order to show your passion for politics from whichever side. But wouldn't be nice to show people what and who we love instead of what and who we hate? This will be the last post I write about my thoughts on Orlando, and the people online who make it about themselves.

For more of Deb's articles, please visit: www.debrapasquella.com or join her on Facebook and Twitter. Check out her cooking blog for some of her famous recipes!
LGBT Orlando Shooting peace politics Pulse