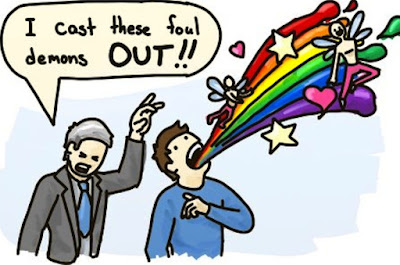 This week has been really strange. I came across quite a few Christians who showed their distaste for people of the LGBT community this week for whatever reason. They explained that it was "wrong" for two people of the same gender to be together because their bible told them so. They were surprised that I was Christian and yet still married (to which they don't consider it a marriage) to a woman. It's funny because these people were incredibly nice -- they just didn't agree with the lifestyle. Even when they said it was "wrong" -- they have been programmed to believe it was "wrong". And that's OK. But there's a fine line between having strong beliefs and hurting others with faith-based assumptions about a lifestyle that's not factual. And by the way, it doesn't help the situation by stating that you have a gay friend or that your sister or brother is gay. It's the same thing as saying, "My best friend is black," when being called out a racist.

I believe in the Bible, but the Bible is not "factual" according to its followers. Baffled? Why do so many Christians have different beliefs about "this" or "that" -- and yet they read the same book? I'm OK with someone saying, "Well, I believe that this scripture to be true," while I read the same scripture in a whole different light. Many people refuse to read the entire story -- the main gist of a historical event that (may have) taken place and just take one scripture, one line out of 'the movie' so to speak and use it to hurt others with. For instance, many Christians who are against the LGBT community will tell the story of Sodom and Gomorrah. 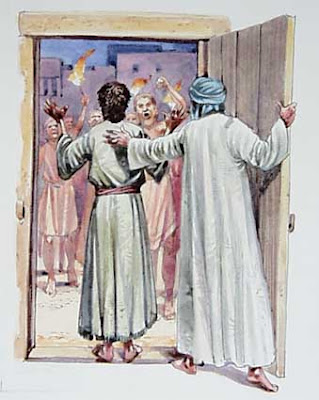 Basically, God says that He's going to destroy cities of Sodom and Gomorrah, if two angels cannot find any good people within the towns. Once the angels arrive, a kind man named Lot invites these angels into his home and entertains them. This angers the cities' men, and the men rallied outside of Lot's home, wishing to do "perverse actions" to these male angels. Moments later, the two cities are destroyed by fiery rain. Many anti-gay Christian ministers use this passage to say that this is an example of God’s wrath against homosexuality -- as if the men of Sodom were all gay, and all trying to "be gay with" these male angels. Historians and sociologists tell us that gang rape was a very common form of brutal humiliation of the subjects, in the ancient Western world. The Sodomite men did not come to Lot’s house to have monogamous, committed, loving relationships with the male angels residing there. They came to rape these angels. Also, MULTIPLE parts of the Bible (Luke 10: 10-13; Isaiah 19: 13-14; Jeremiah 23: 14; Ezekiel 16: 49; Zephaniah 2: 8-11) tell us that God despised the greed and their wickedness toward outsiders as their sin, not that fact that men wanted to “have sex” with men. The story of Sodom and Gomorrah was about rape and humiliation -- not a loving relationship between two people of the same gender.

Another quick rundown on the examples of how Christians take these scriptures is this: oftentimes, they will reference to Leviticus which has nothing to do with Christians. If it did have something to do with Christians, then we would not be able to eat shellfish, wear clothing of different fabrics, shave beards, have tattoos or sit next to a woman who is menstruating. These are Jewish laws that no longer apply to Christians. In Galatians, it clearly states that the Old Law was abolished once Jesus died on the cross. 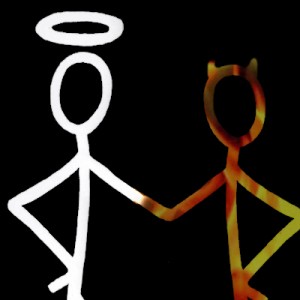 This passage is not to say, "Oh go out and hurt and kill people," -- it's saying that we are all imperfect and will never be sinless, which is why Jesus offered his life for us. If we don't believe that He has paid the price in full, then what do we believe in? It's like mocking his entire sacrifice and saying, "Well, I don't think it paid the entire price, I still think we need to be perfect."

There are many people who are afraid that their freedom of religion will be taken away. There are discriminative laws that do protect religious freedom to some extent. But the thing is -- if people who are religious use their "freedom" to discriminate against people they "believe" are sinners, then that's not fair. For instance -- your belief is not a fact. Your faith in Christianity, Islam, Judaism, Buddhism are all faith-based and non-factual belief systems. Skin color, sexual orientation, sexual identity and nationality are factual instances to which people are discriminated against. Religion is basically like some fairytale that people believe in and the FACT is -- not everyone is religious or holds the same beliefs. So what then? 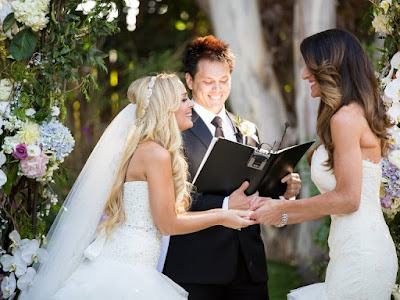 As non-factual as I believe religion is -- my life relies on my faith in God. I know it's not factual for some people, but for me, I have witnessed God's work in my life. I have seen God. I have heard God. So for me -- it is factual. But I would never discriminate against someone else due to my faith. In fact, that's not what "my religion" teaches me -- that's not what "my God" teaches me. He teaches me to love everyone and to treat everyone as I were to treat myself. When I read the Bible and look at the scriptures in Corinthians and Romans that speak about homosexuality -- it is speaking solely upon the promiscuity of mankind -- not just homosexuals. As it says in Romans describing their orgies, "they burned with lust" -- this indicates that this was not a loving nature, but an animalistic type of passion between people who do not love one another. I read the passages and take it as "reckless sex" -- and of course, reckless sex is always a dangerous thing to tamper with, mind, body and soul.

There's another assumption made about the LGBT community which really gets to me. Some people feel that if you are gay, lesbian or transgender, then that means that you were either sexually abused to had great trauma in your childhood. When I think about my childhood, I think about unconditional love and the feeling of being safe. I was never abused nor do I remember any "trauma" when I was little. I know many heterosexuals who have been sexually abused when they were little who still remained straight. The whole assumption is quite pointless and ignorant on so many levels. And to give out statistics on it is just wrong because there are tons of gays and lesbians who haven't even come out of the closet yet. You cannot give a true statistic on the rate of abuse on gay and lesbian people compared to those who are straight.

So now that I have told you some of my beliefs on what the Bible and God says to me, there's something else that riles up this pot of hatred between the LGBT community and people who are Christian. 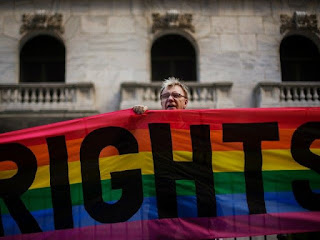 As a gay Christian, I do notice a lot of intolerance by the LGBT community towards Christian people. They're angry because they don't want other people telling them how to live and rightfully so. They usually resort to knee-jerk reactions, like threatening the lives of those who are against them or mocking them in general, especially protesting against their rights. I do believe that there are sincere Christians who are worried about our afterlife. That's OK -- then pray for us. But there are Christians who are very harsh and using the Bible for their very own hatred. And in turn, many of the LGBT community will strike back because their ego is hurt. I used to be one of those people. 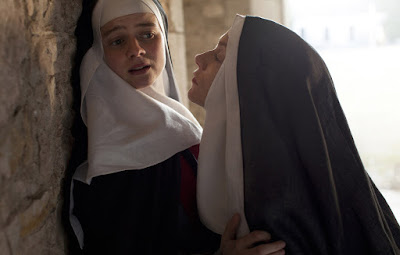 I use the word "homophobic" when someone attacks me viciously. There's a psychological undertone of fear. Ignorance is based out of fear in most cases. We fear that our society is going to crap. We fear that our children will grow up to be gay. We fear that 'the gays' will take away our freedom of religion. And maybe, we fear that our own homosexual tendencies may rise up to the surface. What then? There is a Christian woman I know through social media who is against the LGBT community. She bravely admitted that at one point in her life, she had lesbian tendencies and strong feelings toward other women, but struggled to fight them off. She is now married to a wonderful man who is also Christian. It brings me back to the whole "I became a nun because I was a lesbian" type of scenario. Whether you "choose" to be in a gay or straight relationship, there is no choice on your true sexual orientation. So when a straight person asks me, "Did you choose to be a lesbian?" I always ask, "Did you choose to be straight?" My other question to her would be: do you genuinely love your husband as a man should be loved? Or are you just playing a role that you feel God wants you to play? I tried that years ago. I was engaged to a man once. But I didn't want to rip him off of the love that he truly deserved. I would have loved him, but not the type of love that a marriage should have. 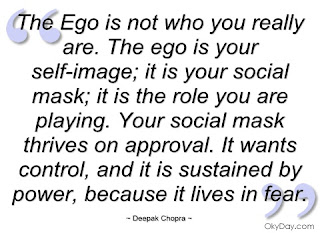 In conclusion, the ego itself is tied up in everything: religion, race, gender, career, social status, vanity and wealth (materialistic gain). All of those are wrapped up into their identity. If religion is their primary focus in life, then if you offend "their religion", (if you offend "my religion", "my God", "my faith"), then you are indeed offending my ego. Activists of any kind are wrapped up in ego-based agendas, which can lead to the most explosive debates and protests. Religious people (not spiritual faith-filled people) will get offended because their identity is being persecuted. It's not so much about their religion anymore -- it's about their entire character and identity. When you let go of the ego -- then your true self comes up to the surface accepting everyone of any race, creed or gender.

For more of Deb's articles, please visit: www.debrapasquella.com or join her on Facebook and Twitter. Check out her cooking blog for some of her famous recipes!
Christianity God homophobia homosexuality love relationships same-sex marriage