Oh, Was I Being Rude? 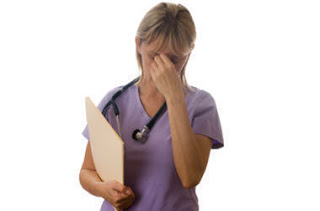 Have you ever ran into someone who was just incredibly cranky or rude to you, and you're just like, "What did I do to you?" I'm usually good when it comes to figuring out people who have had a bad day, who may just take it out on the next person who crosses their path. A couple of months ago I had to go into the hospital due to my myoclonic seizures that were getting worse as my sleep deprivation continued. They really couldn't do anything for me, so the nurse who was helping me was very short and rude when asking me questions -- as if my ailment wasn't anything of concern. Like, okay, whatever. As she was snapping at me with each question, I recognized her. She was the nurse who helped my mother a while back. She was so incredibly warm and polite with mom. I said to her, "Oh, I know you! You helped my mother and she always speaks so highly of you. Thank you for being such an amazing nurse to her while she was sick."

And then tears began to fall down her cheeks.

She hugged me and said, "You have no idea how much I needed to hear that today. My husband left me, I have no cable or electricity, and I feel like I'm at my wit's end." My entire stay was filled with the most amazing bedside manners I have ever witnessed before in my life. When I left, she gave me a huge bear hug and again, said thank you to me. 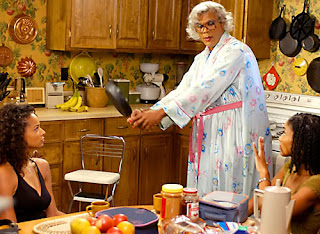 Yesterday was a really bad day for me. I hadn't slept the night before and I was feel really down. I get those kinda days from time to time and luckily, I am able to manage them better, but sometimes I can get short or cranky at any given moment. (Poor Madelene.) There were a lot of things on my mind that I just couldn't shake. I haven't been like this in a long time, so something was up -- was it hormonal, was it the full moon -- I had no clue what it was. I found myself snapping at Madelene when she came into the kitchen while I was broiling fish. I thought she was right behind me and instantly jerked up and burned my hand on the oven (blaming her of course when it was my own damn fault). I was about to play a little game of grit ball with her.

"I wasn't even near you!" she said, backing away slowly.

I placed dinner on the table and left with my glass of wine to retire into the bedroom like a big crybaby. I seriously had no idea what just happened. I was angry. I was sad. I was all over the place with my emotions. I didn't want to admit that I was having a bad day. I just wanted to stew in my own misery making her think that it was her fault. But it wasn't... 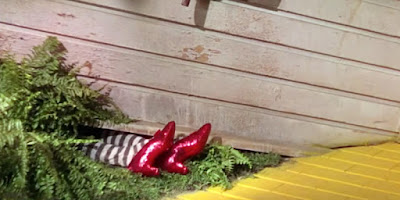 It didn't end there. This morning I was finally sick of the rotting carcass under the crawl space in our home. The first day wasn't so bad. The second and third -- I truly believe someone stuffed a human body underneath there, because now the entire house smells like rotting flesh. We have an account with Terminix, so I gave them a call to see if they could come and remove this dead critter...or human remains. The first customer service rep named Anthony said, "Uhhh, okay, hold on and let me set that up for you." And then I heard someone else get on the line, "Hi, this is Sue, how can I help you?" And I just froze. "Sue? Where's Anthony the rep I just spoke to?" She had no clue what I was talking about. So I had to tell my story over again. She said, "Fine, I can set that up to you, please hold." 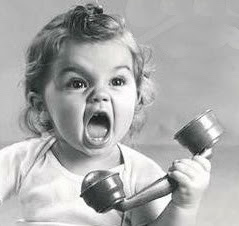 "Hello, this is Jacklyn, how can I help you?"

This rep was so incredibly professional and patient with me that she got everything and beyond scheduled out for me, including a free service that they offered. I apologized to her for my outburst and told her, "It's nice to get a representative who actually loves her job, so thank you." She laughed and said she understood and continued to process my order. She totally knew why I was upset beyond other things that were lurking in my lil' noggin.

But my point of this is -- you never know what someone else may be going through. That rude waitress may have just signed divorce papers from the love of her life. The bank teller that was short with you may have found out she was being laid off that afternoon. The barista at Starbucks who made you the worst latte in the world may have just recently lost a parent. You never know. I'm not saying to be a walking mat or to excuse extremely bad behavior, but sometimes we need to just realize what it is and just give more love to whoever needs it. And while it doesn't seem fair to be nice to someone who isn't being so nice to you, it'll not only feel better to rise above the chaotic emotional outbursts, but God will see what you did as well.

Thing is, we all have bad days. Especially when we don't want to talk about something that's bothering us, it may come out a different way, most likely offensively. So next time someone is incredibly rude to you without a reason, just try being extra nice to them...or you could just run for your life.