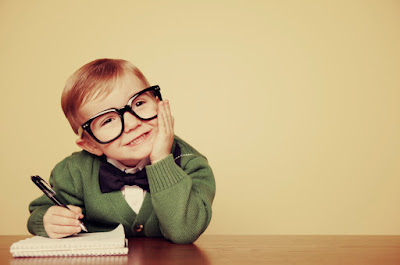 For some people, expressing themselves is pretty easy. For others, it might be the hardest thing to do. A writer has to be vulnerable enough in order to grab the reader's attention. If the writing is somewhat surfaced, without any depth whatsoever -- (unless it's about technology or gaming types of genres) then you'll most likely lose your readers. People are looking for a commonality with other people. Most people who read my blog are very quiet about their own lives, so they jump onto my blog and realize that their life isn't so messy after all. There aren't a lot of people who have the courage to say, "Hey, I suffer from anxiety and depression," or "Hey, I love God but my life doesn't reflect a perfect Christian so much." Nobody's perfect. We're human and we all make mistakes. "Quiet people" don't want to be seen as "crazy" if they talk about mental health, and in most cases, they don't want to be seen as a "hypocrite" if they're talking about their faith in God. And that's totally understandable. You wanna 'walk the walk' and not just 'talk the talk'. 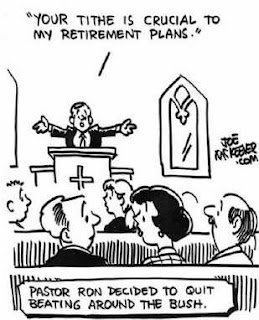 Think about this: if you went to an AA meeting and the director had never touched a drop of alcohol in their life, but they were giving you guidance on how to be clean and sober -- would you take them seriously? It's the same with mental health and Christianity. (Those are the two topics I talk about the most on this blog.) I talk about anxiety and depression because I have it. I also talk about what works for me the best. Maybe it'll help people out there struggling like myself -- even if it's just one person. I talk about my faith in God, although I live an imperfect life. Would you rather hear it from some wealthy pastor sitting in a $10 million dollar megachurch? Or would you rather hear it from someone struggling with finances and yet still praising God as well as someone admitting that they still struggle with sin and yet still reaching out to God? I truly believe that God uses the unexpected person in order to reach out to certain people. Many people are turned off by wealthy pastors in fancy suits who are happy-go-lucky preachers that travel the world because most people cannot relate to that lifestyle. 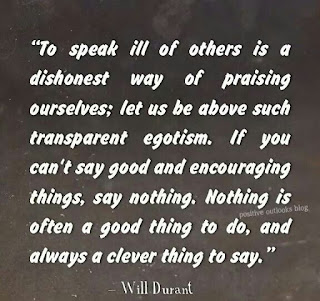 There are many people quick to judge others according to what they see from an outsider's point of view. I recently witnessed someone badmouthing three of their closest friends within a matter of ten minutes. It was so harsh, so incredibly insensitive and brutal that I just remained quiet. I then realized that all of the things that were being said about these people were all of the things that this one person had gone through. I know I referenced this quote in a previous post but here it is again: what we hate in others is usually what we hate about ourselves. When we speak poorly about another person, it's our own ego trying to make ourselves look better. Projection is very real. It's a defense mechanism that narcissists use that involves condemning others for their own emotions, traits, reactions and behaviors. A narcissist projects without being provoked. Although the narcissist may project their positive attributes onto you (mirror image), most of the time they are scraping the mud off themselves and smearing it onto you. Everything they say precisely describes them, but it's so incredibly twisted that it'll leave you asking yourself the question, "Am I the narcissist?" 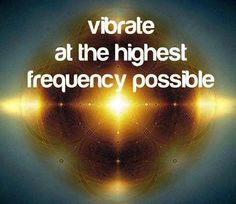 We're all made up of energy. Everything around us is made up of vibrations. Remember in science class learning about atoms and how we're all made up of atoms? Atoms are in a constant state of motion. Sound is vibration. Our own thoughts are vibration. So whatever you think about -- your mind manifests it and then sends it out as either negative or positive. Just like that old saying, you can't have a positive life with a negative mind -- your thoughts become your words in most cases. What kind of vibration are you sending out into the world, into the universe? 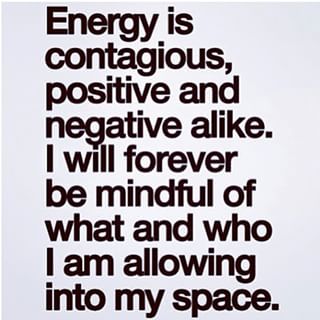 Now with that being said, I will tell you something very personal about me. (Ah the writer in me is jumping back into the pool of vulnerability again!) When I get depressed, all of my thoughts are usually negative. I try to stay away from people during this time because my thoughts usually turn into words. Being around someone who is pumping out negative vibrations is very contagious. It's very real -- it's physics!  It's not just "in your head" -- but they're vibrations that can affect another person made up of vibrations as well. It's like staying with negative people for a full weekend and then coming home feeling completely drained. Why is that? Why do you think you feel completely exasperated? In turn, the same holds true for positive people. You come back home from a wonderful weekend with them feeling very happy. Although my depressive episodes are short-lived, they are very hard to deal with. So through my own experience of feeling those negative vibrations, I can pick it up in somebody else very quickly. It's very difficult for me to be around a person who is constantly negative and speaking badly about other people. I can't do it -- it totally drains the life out of me. Don't let just anyone in your space -- choose wisely.

For more of Deb's articles, please visit: www.debrapasquella.com or join her on Facebook and Twitter. Check out her cooking blog for some of her famous recipes!
anxiety blogging Christianity depression gossip mental health