Ignorance Is a Choice Not too long ago, I received an interesting comment that came to me as an email by Shelagh Watkins. She wrote, "About bathroom spaces and who should use them. We are berated constantly about transgender people's rights to have their feelings respected. However, little is said about the rights of the remaining 99.9% of the population to have their feelings respected. Many females have phobias about using public bathrooms. All kinds of phobias, from fear of attack to the fear of urinating in public. These irrational fears and phobias are very real. Just knowing that men dressed in women's clothes, of any sexual orientation, could be present in a female bathroom or changing area, is deeply distressing to some females. I'm using the word 'female' because the word 'woman' has been usurped by the trans community and has lost its original meaning, which is sad. We lost the word 'gay' and now we are about to lose the words 'man' and 'woman'. As an author, I lament the loss of any words in the English language, much as I would lament the loss of my birthright, which gives me the right to be treated as a female. A right that a small minority of the population is willing to give up in order to be happy. Something that a man without child bearing capabilities tries to claim as his right because he 'thinks' like a woman (but not like a female)." 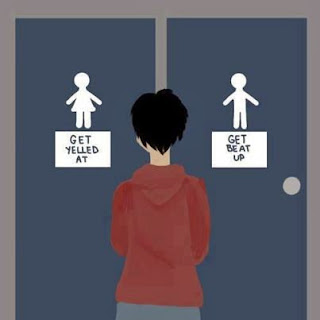 North Carolina has now passed a law that states that the Public Facilities Privacy & Security Act, in schools and government buildings, people must use the bathroom that corresponds with their “biological sex,” defined as the one “stated on a person’s birth certificate”. Do we all have to carry birth certificates with us everywhere we go now? Will they spot check us? Grope us? Our ill-informed society makes it very challenging when accepting something that seems so incredibly new, when it has actually been here for many, many years, even before Jesus' time. First, let me address the phobia of sharing a restroom with someone who is transgender. With lack of exposure comes ignorance. It's very understandably so that a cisgender woman may feel uncomfortable if she recognizes a woman to be sharing the same restroom who is transgender. My own mother who happens to be very open-minded even stated that she would probably wait until the transgender woman left the restroom. She has a phobia of using a public restroom where they have numerous stalls -- so probably a bad example. But remember the woman who complained about a transgender woman using the restroom at Planet Fitness? She got banned for her complaint because they are protected under a "no discrimination law". I do however, understand the concerns of cisgender women. If a man wanted to just play 'dress up' and invade their restroom, they can and that's the fear that haunts them. But I mean -- what are the odds? Transgender women need a restroom. So what's best -- going inside the men's room and possibly getting a beat down by some infuriated cisgender man? Or going into the ladies' room and truly not being noticed? And if they are noticed -- most cisgender women wouldn't feel threatened anyway. But there is still a valid concern. Transgender people are not just going to "go away" because of a restroom issue. They need a place to go. 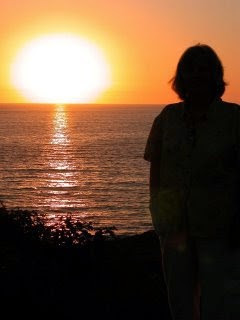 I don't think people are overly concerned about losing the word "gay" -- from merry and jolly to homosexuality and same sex relationships. I've never heard anyone use "gay" in terms of happiness to tell you the truth. Your concern about losing the words, "man" and "woman" isn't the issue. I kind of think you're upset that maybe, these "men" are going the 'easy route' to become a "woman", without the pain and agony of menstraul cycles and childbirth.  I personally, would rather go through 20 childbirths and a lifetime of dysmenorrhea than to have lived a lifetime of emotional torture of not being able to be who I was meant to be -- of not being who I truly am.  They say that emotional pain is far worse than physical pain. I have to agree with that myself through experience. Transgender women aren't just playing "dress up" or trying to "find themselves" -- they have been and always will be women, regardless if they decide to undergo reassignment surgery. You said you were concerned that cisgender females lack respect of their own concerns, but they also lack a huge amount of education and exposure to what is and what always has been. They lack the willingness to learn about something that has always been around. With that, comes ignorance and intolerance, which can quickly escalate into hatred.  I want to even venture to say that you probably don't have any transgender men or women who are personal friends of yours. I'm only saying that because if you knew the struggles that transgender people go through on a daily basis and knew the history of their agony of being in the wrong body, you would understand a little more about what it's like to "pick" a restroom out of fear.