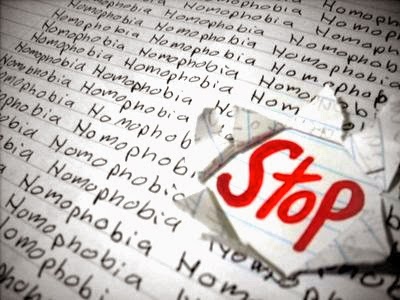 The definition of bigot is: "a person who is utterly intolerant of any differing creed, belief, or opinion." So I am absolutely correct in using the word "bigotry" for W.W. Bridal Boutique. Think about it: if I walked into a Macy's and asked one of their representatives if they could help me and my partner find dresses for our wedding, what would happen if they refused us just because we're lesbians? What if we walked into a bakery and asked if they could make us a cake for our wedding and they said no due to our lifestyle? "Freedom of religion" is being abused and demonstrated as an excuse to discriminate against same sex couples. When I heard about W. W. Bridal Boutique discriminating against a lesbian couple who only wanted to purchase a dress, I felt complete sadness. On their Facebook review section, I gave them a 1 star with a few words:

To judge or not to judge. That, is the question. 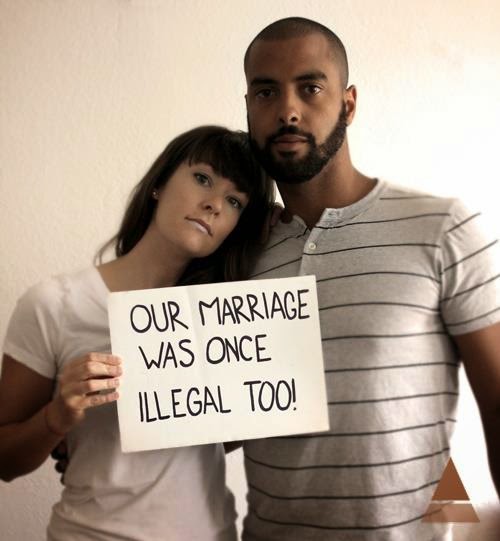 Mandy Grgich was one of the commenters who weighed in. She stated that her husband was black after being reminded about interracial marriage being illegal over 50 years ago. Centuries before the same-sex marriage movement, the U.S. government, its constituent states, and their colonial predecessors tackled the controversial issue of "miscegenation": race-mixing. It's widely known that the Deep South banned interracial marriages until 1967, but less widely known that many other states did the same (California until 1948, for example) - or that three brazen attempts were made to ban interracial marriages nationally by amending the U.S. Constitution. 116 comments later, I discovered how many Christians focus on one particular 'thought-to-be' sin. Interestingly enough, a woman named Mandy Grgich had a lot to say regarding the sin of homosexuality, as she relentlessly argued with the others on the same thread. One commenter stated the obvious: on Mandy's profile, she has a photo along with her husband. Then you can see her kids (on the right) are at least 3 or 4 years of age. Her wedding date was just this past May. (Do the math.) So, the commenter questioned her premarital sex, seeing that she has kids older than her marriage. Too bad her children will most likely be brought up in a home where they'll be taught intolerance and bigotry. These sweet little girls may just grow up to be bullies to other kids who happen to be gay or lesbian. Let's hope that doesn't happen. The same commenter was stating what I was mentioning in my review above, on how it was illegal for interracial marriages over 50 years ago. Mandy stated she is married to a black man. So she said, "I hope one day a store refuses you and your husband from purchasing something just because he's black."

Her response ironically, was this: "But you hope someone turns down a black and white couple? THAT IS RACIST." I believe she should read this article and timeline review on interracial marriage. She also stated that she doesn't particularly care for immorality. She compared same sex marriage to pedophilia. I guess you can see how bright this girl is.

The thread became volatile during the debate, from name calling to irrational responses and harsh judgments out of anger - out of bigotry - out of hatred - out of fear of the unknown. When people focus on 'something' they particularly don't like, to the point of passionately being against it - it shows me that they have a little of that in themselves. For instance, there was a study done to show that these homophobic religious people are in fact, closet homosexuals. They investigated the role of homosexual arousal in exclusively heterosexual men who admitted negative affect toward homosexual individuals. Participants consisted of a group of homophobic men and a group of non-homophobic men. They were assigned to groups on the basis of their scores on the Index of Homophobia (W. W. Hudson & W. A. Ricketts, 1980). The men were exposed to sexually explicit erotic stimuli consisting of heterosexual, male homosexual, and lesbian videotapes, and changes in penile circumference were monitored. They also completed an Aggression Questionnaire (A. H. Buss & M. Perry, 1992). Both groups exhibited increases in penile circumference to the heterosexual and female homosexual videos. Only the homophobic men showed an increase in penile erection to male homosexual stimuli. The groups did not differ in aggression. Homophobia is apparently associated with homosexual arousal that the homophobic individual is either unaware of or denies. Why does homosexuality provoke such hatred if it has nothing to do with the individual? Maybe because it reveals some part of them that is deeply rooted and seated? Feel free to watch this very revealing video. Click here.

But back to W. W. Bridal Boutique: why would you turn down business for a lesbian couple, and not for a couple who has had premarital sex? Would you turn them down if you knew that this was the fifth marriage of the bride, while all ex husbands were still alive? That in itself, in the bible, is considered adultery. That sin made it on the top Ten Commandments. Homosexuality didn't. I bet you anything that this owner would have sold a pregnant woman a bridal gown in a heartbeat. It's so hypocritical of their "religious values" to just shun a lesbian couple - two women who want to share the rest of their lives with one another.  If they're going to play "GOD", then they should start judging every relationship - in fact, they should take them into a small room and evaluate every single sin in their life and then reject them, if need be. But maybe most importantly, they should evaluate their own lives and own downfalls. We all fall short.

I went onto their Yelp reviews and saw someone by the name of Mary complained about not only their horrible business transaction, but how they forced their religion on them by slipping "holy pamphlets" into their garments.

It reads: "I purchased two bridesmaids gowns for my two daughters at this boutique. They were great and friendly when getting the brides gown and the bridesmaids gowns. They were not so great after this. They never notified me that I had to pay $40 additional rush shipping fees for the dresses. One of the other bridesmaids did not send in measurements in time. We did specifically inquire about additional rush fees prior to purchasing the gowns & were told there would be none. They blamed the bride about not being notified. I notified them that I would be picking up the gowns the friday before the wedding and they assured me that it would be fine. I live about 100 miles away from the boutique. I did not need to call ahead or make an appointment. I arrived to the boutique and it was closed because they were on vacation. I was able to get the dresses prior to the wedding but they never offered any apologies or an explantation. AGAIN they blamed the bride. They said that they mailed a postcard about the closure to the bride???? Am I not the customer who paid for these dresses. Why would they take my cell phone number for a contact information & never use it. They also attached a religious pamphlet from the assembly of god to both of my daughters dresses. NOT appropriate. Also about 4 of the gowns had black grease on the skirt. The bridesmaids did not all get dressed in the same location or pick up together. The only commonality is the boutique. I purchased my own brides gown at Exclusively Yours. They were wonderful."

100 people thought Mary's comment was useful. If you're going to shove your religion down other people's throats, then at least be a bit more tolerant when you feel gay marriage is being shoved down yours.