Before You Take Another Selfie…

- August 29, 2014
No doubt, the ability to take a selfie with the reverse cam option on your phone was such a great invention. Nobody has to take your picture for you. I love seeing people post up shots of themselves or post up a really cool seflie for a profile pic. That's great. But I have to say, there is one thing that makes me nervous: multiple selfies. I know what you're asking - why would that make me nervous? Because it's narcissistically psychotic. There is no other way to put it. You know through the 4, 5, 6, 7, 8 pics that they took of themselves in a row, there's about 298 more of the same shots. It's like throwing a bunch of proofs up on Facebook and asking your friends, "Which smile or duck face looks better on me?" Below are some shots some girls took while feeling 'pretty'.
"According to psychiatrist Dr. David Veal: 'Two out of three of all the patients who come to see me with Body Dysmorphic Disorder since the rise of camera phones have a compulsion to repeatedly take and post selfies on social media sites.' A British male teenager tried to commit suicide after he failed to take the perfect selfie. Danny Bowman became so obsessed with capturing the perfect shot that he spent 10 hours a day taking up to 200 selfies. The 19-year-old lost nearly 30 pounds, dropped out of school and did not leave the house for six months in his quest to get the right picture. He would take 10 pictures immediately after waking up. Frustrated at his attempts to take the one image he wanted, Bowman eventually tried to take his own life by overdosing, but was saved by his mom." - See more of the article here.

There are so many young girls and boys looking to gain approval from their classmates and friends. In the same breath, there are just as many adults doing the same thing, even some over the age of 50 years old. It's nice to hear, "You're beautiful" or "You're so cute!" No doubt. But when does it come to the point of relentless trigger happy shots just to see if you "still" look good?  Selfie madness ranges from the very insecure (less attractive) person to the very insecure gorgeous and athletic workout buff.

"But I work hard to get this body and proud of who I am."

That's great. But you're still looking for approval by taking a million and one selfies. (I'm talking obsessively only.) 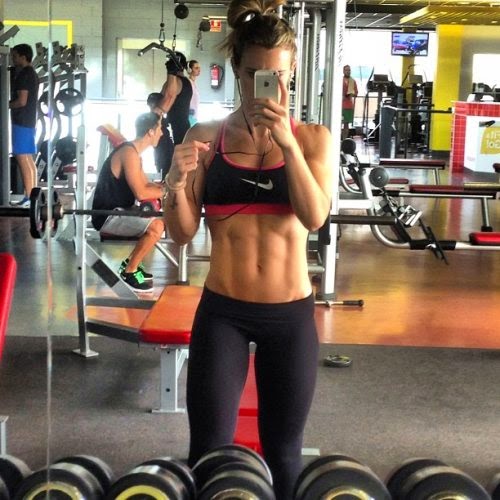 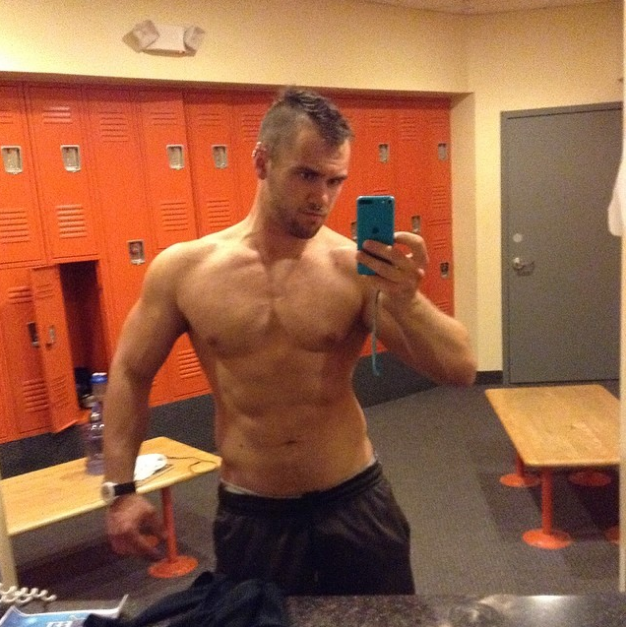 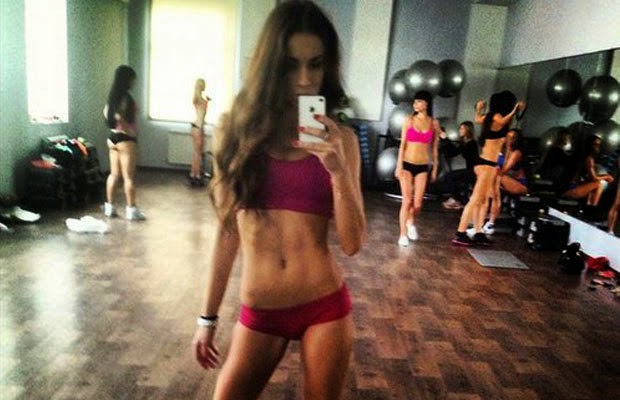 You know you look good. You know you're fitter than the average Joe or Jane. And while everyone wants to be fit, and as some would exclaim, "Oh you're just jealous," yeah, maybe so! I would definitely replace my keg for six pack abs, but even if I had a gorgeous figure, my friends would be secretly laughing at all the neurotic selfies being posted up on social media. How many shots did you take before you decided 'this was the best pic'? We have this one friend who's a total gym bunny. She works out so much - God bless her. She's muscular, she has a ton of energy and she loves to take a million and one selfies. When she was over having dinner with us, she was showing me pictures of her new puppy. In her camera roll, I accidentally saw - not even exaggerating - over 50 of the same selfies. I wonder which photo got to be lucky enough to be posted. I admit, I had to look at them, pretending to look at her puppy. Each face, each pose was different. I was almost scared to give the phone back. This was totally cray-cray. I flat-out asked her, "What makes you think you're not good enough or pretty enough?" She knew exactly what I meant. She said, "I have to be the best at what I do, Deb. I have to."

But she doesn't think so.

I'm not saying people who take selfies are all neurotic - I'm saying there is a level of 'selfie-ism' that goes far beyond the average, "Oh I just want a profile pic" sort of thing. If you hop onto a dating site, you'll see a slew of them, but that's to show others who you are with a clear shot of your face. That's totally fine. The online dating site needs to have those types of photos. But what about the photos that reveal 'dat' ass'? 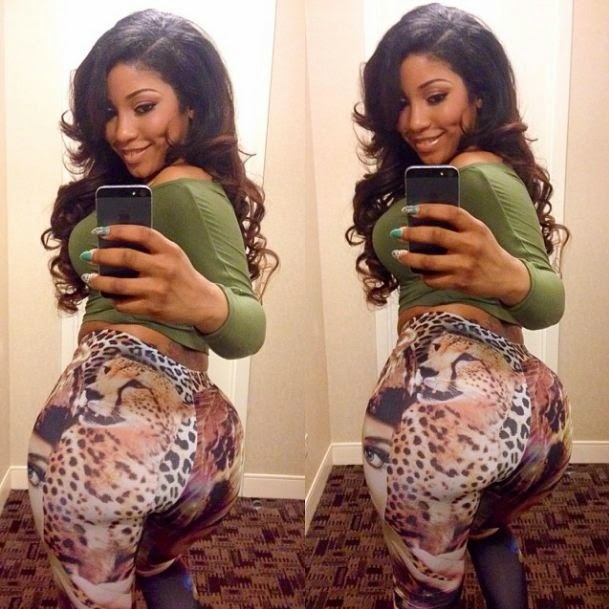 I get it. Very nice. These are called, "booty selfies". These days, having a little junk in the trunk is preferred. Every time I open my Instagram account, I'm seeing so many people at clubs and parties sticking out their big ol' booty. They face the camera, but their booty does as well, almost twisting around like a cobra. I've never seen this type of fad before, but I'm curious to know if these same girls would want these shots up when they're 30 or 40 or 50 - when they have a family, kids, a career…? Which brings me to my next topic: nude pics. If you have ever taken a nude pic and sent it to someone, your pic may still be lurking about. And to make matters worse, I remember being at my friend's house watching her two kids swim in their pool. We were just hanging out talking while the kids played. When her daughter came out of the pool, she sat next to us and asked her mom, "Why does Uncle "Steve" has pictures of his wee-wee on his iPhone?" My friend's jaw dropped to the floor. She was speechless.

Apparently, the daughter was trying to take a photo of their dog swimming, so she went into his camera roll on his iPhone and saw numerous amounts of nude photos of his bottom half, as well as other photos of naked women. How embarrassing! Well, my friend ran inside the house and ripped "Steve" a new one, yelling and screaming about how inappropriate it is to keep nude pics on his phone. He was so embarrassed that he couldn't even talk. He was busted. Obviously, he was sending these pics to somebody. At least keep a security code on your phone if you're going to be around kids or anyone for that matter. So now, the daughter is still curious of why he takes pictures of his 'wee wee' and I'm pretty sure she has it figured out since she's 11 years old. But still - ew.

We have so much technology at our fingertips. We have the beauty of texting, taking pics of ourselves and others. We share almost everything on social media. My motto is, if you feel that one day you'll regret posting up half naked pictures of yourself, or something that would be very detrimental if you are trying to get a top notch position at your dream job - then step away from the smartphone, because one day, you're going to wish you never shared what you did. "Steve" is not only humiliated, but he can't look his niece in the eyes anymore. And although he's pretty much mortified about what he left on his camera roll, he learned a valuable lesson, leaving his niece still traumatized by the images of his 'wee-wee'.

For more of Deb's articles, please visit: www.debrapasquella.com or join her on Facebook and Twitter. Check out her cooking blog for some of her famous recipes!
booty selfie duck face iPhone narcissism nudity selfies sexting smartphones snapchat social media