Let the Lying Lips Be Put to Silence 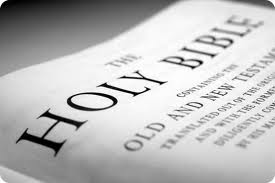 There’s a fine line between love and hate when it comes to Christian beliefs. Holy wars, Christian debates, ‘what’s a sin & what’s not a sin’ type of arguments and of course, the conviction of others through “righteous judgment”. We are all sinners regardless of our perfect or less than perfect lifestyles. Even if we love God with all of our heart - God knows how messy life can be. He sees our struggles and most of all, sees our hearts. Without a messy life, we probably wouldn’t come to God for help. Through our weakness, He is our strength, as written in the Bible. We divide when we’re offended by another’s judgment. I divide when I see another Christian tearing other Christians down. No sin is greater than another. While having said that, as you’ve been reading the debates between Kimberly Bowman and I, we both clearly disagree about homosexuality being a sin. Her usage of “homo” and “the hateful lesbian” (because I stick up for myself & the LGBT community), are all hurtful. It’s not constructive; it actually can shift someone who is weak away from God, instilling feelings of guilt. Guilt is the emotion Satan gives. He uses this emotion so that we flee from God. Isn’t that what these people are doing? They quotes scriptures trying to rebuke me, but I read an entirely different scripture telling me that the Old Law was abolished when Jesus died for us on the cross.

“No one can ever be made right in God’s sight by doing what his law commands. For the more we know God’s law, the clearer it becomes that we aren’t obeying it. But not God has shown us a different way of being right in his sight--not by obeying the law but by the way promised in the Scriptures long ago. We are made right in God’s sight when we trust in Jesus Christ to take away our sins. And we all can be saved in this same way, no matter who we are or what we have done. For all have sinned; all fall short of God’s glorious standard. Yet now God in his glorious kindness declares us not guilty. He has done this through Christ Jesus, who has freed us by taking away our sins. For God sent Jesus to take the punishment for our sins and to satisfy God’s anger against us. We are made right with God when we believe that Jesus shed his blood, sacrificing his life for us. God was being entirely fair and just when he did not punish those who sinned in former times. And he is entirely fair and just in this present time when he declares sinners to be right in his sight because they believe in Jesus.” ~Romans 3:20-26 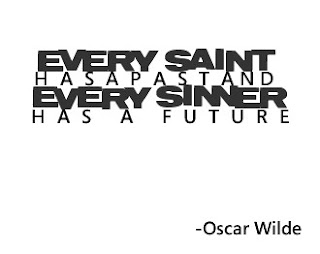 That scripture above says. it. all. There is no need to break that scripture down, but of course, you know I will. Let’s say homosexuality “is” a sin. Let’s say it’s seen as an abomination even --“No one can ever be made right in God’s sight by doing what his law commands.” It also states, “Yet now God in his glorious kindness declares us not guilty.” --This applies to all people-- not just the “homos”. See, if these militant & righteous Christians truly believed that Jesus took away all sins (past and present as the scripture above points out), then they would also believe that all sinners - whatever they believe is a sin was washed away on the cross years ago. Whatever struggle a Christian faces, whether it’s addiction, porn, anger, jealousy or as some see it, homosexuality - as long as we are struggling with loving Jesus and believing that He has saved us, then we are true Christians. We can strive to be better people: not to hurt one another, to treat people the best we can, to give generously, to keep the peace with one another and to love God with all our hearts. That’s all we need. Without the faith of acknowledging Jesus’ sacrifice, then what kind of Christian would that be? Don’t they have enough faith to believe that what He has done was “good enough”? They continue to argue over what’s “godless” and “unholy” and even reference themselves as “saints”.

Years ago I battled with Dani Kekoa, as you know. We went through the homosexuality debate one million & one times and of course, her usage of “homo” and “dyke” were a bit crass at times...(ok all the time.) She was apart of a cult she had no clue she was in. I even told her over the phone while we were talking that it sounded “cultish” and that I truly believe she was being brainwashed in many areas. Years later (recently) she made a public apology and of course, I accepted it. Although we both still see homosexuality differently, we have both put aside our differences. What’s ironic is, Pastor Bob Enyart from the Denver Bible Church promoted divorce, which is also believed as a sin in the Bible. While Kimberly Kay was ‘convicting’ me for my lifestyle, having been apart of the Denver Bible Church, she never admits to being an “adulteress”. She has been remarried while her ex-husband is still alive.

Hypocritical? I think so. It’s easy to judge other people without looking at your own sins. It’s very comforting to believe that ‘this one’ is going to hell and that you’ll be a saint judging them. In fact, in one of my comment sections, one of Kimberly’s minions wrote, “Kimberly is a saint, God will have His saints judge the world.” ...Really? So my only hope of getting into heaven is going up to the pearly gates and hoping that Kimberly Kay will let me in? Now that’s some heavy duty brainwashing if I ever saw it. That’s some mighty position she has over the entire world. I wonder how much of a saint she’ll be considered since she is technically “still sinning”, according to the standards of your beliefs? I wonder what these people think of the passage from Mark 10:11-12 about Kimberly being an adulteress? Does that scripture get plucked out while all the ones about homosexuality get emphasized?

So my message to Kimberly is this: While you're dining out with your new husband over a shrimp cocktail appetizer and a lobster entree, enjoy the conversation about “homos” and how hateful we are. While you continue to lie (and get caught) to me as well as your own family, remember that all things will be revealed one day. Yours were revealed much sooner than expected.

“God blesses you when you are mocked and persecuted and lied about because you are my followers. Be happy about it! Be very glad! For a great reward awaits you in heaven. And remember, the ancient prophets were persecuted, too.” ~Matthew 5:11-12

You might want to read 1 Corinthians 13 which states: "If I talk religiosity but without love, I just sound like a gong, a meaningless sound."

Psalms 31:18 says exactly what I would: “Let the lying lips be put to silence.”

Comments will be accepted by those who log in with their account or leave a valid name. There were too many “anonymous” comments that went under the same ip address, to which another “anonymous” pointed out that it was Kimerly's husband, Scott Bowman. --(Nice to meet you by the way, Mr. Bowman.)
For more of Deb's articles, please visit: www.debrapasquella.com
Bob Enyart Dani Kekoa Debra Pasquella homosexuality Kimberly Bowman Let the lying lips be put to silence LGBT Scott Bowman The Denver Bible Church