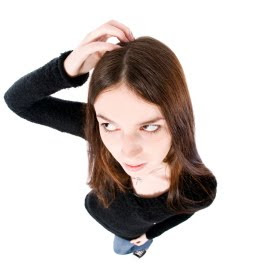 Through the process of interviewing people for the documentary, I came across one woman who wasn’t quite ‘right’ for the film. And, I hate to say that, because I do want to include most people of different lifestyles and backgrounds, but this was not a lifestyle - it was more of a mission in my opinion. “Linda”, a professional business woman set up the entire interview located in her high rise office building in Manhattan. We spoke about her life and how her religion vs. her lifestyle has affected her. It was going smoothly for a while, until she had admitted that she “turned” heterosexual. She stated she has always been a lesbian ever since she knew there were females on earth, but because she had a few bad experiences with women, she decided to give men a shot. I totally empathized for what she had been through, because all the women she had been involved with were verbally and physically abusive. Although Linda is very professional looking due to her career, she is more drawn to butch women, but those who were heavily involved in the street life, which involves drugs and alcohol. She knew very well it was an odd combo, but she had a mysterious attraction toward the “bad boi”. (Those of you who are straight and reading this, a “boi” is a female lesbian who looks boyish or who is a butch.)

Not only was my new segment of the documentary fizzling away due to this new info I had thrown at me, but now it became a whole new show that I may want to pursue after my project is done. What about straight women who “turn into lesbians” because they had bad encounters with men? There are so many women out there who have said, “I’m done with men --I wanna see what’s on the other side.” Some stay and some don’t. But nobody ever thinks for a moment, that a lesbian who has been gay all her life can turn straight. I don’t know about you, but it totally blew my mind. I mean---why not? Again, I refer back to the word on my previous post, “androsexual”, to go for the person and not so much the gender, but this doesn’t describe that word at all. What she is describing is different. She decided to let a few bad eggs ruin her entire sexual orientation. That’s what I got out of it. I’m not going to beg her to come back to our team because that’s not my place to do so. People need to travel on their own journeys however they want to without anyone badgering them about what’s wrong or right ---because there is no “wrong” or “right”. It’s all about experience, love and possibilities. There are many heterosexual women that have been living “the straight life” for years and years, and never come out due to the fear of their family’s judgments or just because they fear a life of adversities. It happens.
One thing that happens to be a huge pet peeve of mine, is when some psychologists will blame homosexuality on past sexual abuse as a child. I had one psychologist tell me that I was blocking all of my "sexual abuse" out because I was traumatized. I have never been sexually abused and was furious that this woman, this psychologist, this LESBIAN psychologist made this awful assumption about me. She then tried to clarify that she had been sexually abused, which is one of the many reasons she decided ("decided") to become a lesbian. See, I don't believe it's a choice. Why would we choose a harder life? But what infuriated me the most was that she was giving this line of crap to many people in her community as well as in her professional field, possibly destroying the relationships with their families. How dare she. Unless someone opens up to you and tells you, "Yes, I have been sexually abused when I was a kid" ---then shut your trap and stop assuming that just because it has happened to some people, does not mean it has happened to all of them. It's an awful misconception that many people hold in their minds when they hear the word "gay" or "lesbian".

To conclude this long post, I’m learning many things on my own journey of filming people’s personal life experiences. And what’s interesting is, each person has a different twist and spin on each experience they have went through, although many are similar. As I go through each person’s life, I begin conjuring up new ideas for my next project, but for now, I need to keep my mind focused on this one because God knows, it’s gonna be one helluva long ride before it’s all finished. Thank you everyone who has supported this project as well as participating in it, sharing your personal details of your life with us. There’s always that one pivotal moment, when someone almost loses it because of the traumatic emotions going through each personal story. I want to thank you for being so vulnerable and letting me film each each story, each tear and each compelling experience that will make this documentary show how much emotional turmoil we all have been through when it comes to being ourselves while faithful to our beliefs.
Debra Pasquella gays and lesbians gays and lesbians of faith homosexuality