Aren't We All Complicated?

In this diverse society, there are many stigmas about each lifestyle, background and culture. People try to avoid any topics dealing with stereotypes, in fear of offending someone. To some degree, stereotypes are somewhat true, and others seem to be stigmas. For example, when most people think “bisexuals”, they immediately think, “They can have their cake and eat it too.” But what about those people who date monogamously, yet don’t go by gender alone? So there are two categories for bisexual people: those who like to have a boyfriend and a girlfriend at the same time and those who are attracted to the “person”, regardless of their gender. For me, it’s a touchy one because I have dated bisexual women in my past and with each experience, I got burned unfortunately. They always went back to men or dated them on the side. I remember dating this girl when I was younger. We were so in love and we always hung out with our friend Billy, who was this muscular, feminine guy - to which I was led to believe that he was gay. Months down the line I come to find out I’ve been hanging out with my girlfriend...and her straight boyfriend! 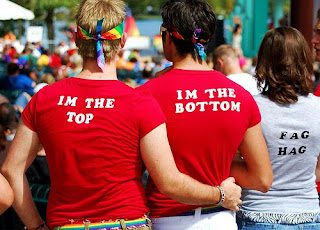 Many of my friends blamed this solely on my attraction toward feminine women. That’s just my preference. Although I hate labels, I do consider myself bisexual, however I am monogamous with my wife. So does that make me a lesbian or a bisexual? If I were single, I wouldn’t rule out men altogether. It’s the “person” I go for. So by knowing how I am, I’m sure there are other women like myself who aren’t after the whole ‘get a boyfriend and a girlfriend on the side’ type of deal. I think it’s more complex than we make it out to be. It’s the same with labeling types: butch, femme, dyke, queer, bear, tweener, boi, lipstick lesbian, top, bottom, switch, etc. You have an array of labels to choose from. At times it can be even more confusing. I remember I was at a street fair in Nyack, New York. They were having their gay pride festival. I went to introduce my friend Jen to this girl Vicky who appeared to be a “soft butch”. Since her name and her appearance were all female, I referred to Vicky as “her” and “she”. Moments later she said she preferred to be called “he”, although she was not transgender nor going through the process of becoming a man. My question is: how does the average Joe or Jane refer to someone that is so caught up in labels and pronouns? It’s much too complicated. 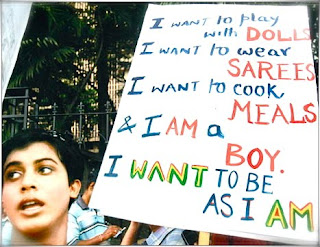 When I was first learning about the transgender community, a friend of mine was going through the change. She’s an MTF (male to female). After her surgery, she was adamant about being called a woman. Being that I knew her way before the transformation, I had hard time grasping calling my old guy friend, a “she”. She was in the beginning phases of her transitioning. Her voice was still the same as when she was a he, and basically, she appeared to me as a “gay man”, but she was now a lesbian who preferred woman. Do you know how long it took me to wrap my head around it? And, now that I have experienced this with my friend, she has been very patient with me and has taught me everything I needed to know and understand for those who go through the transformation. After extensive hormone therapy and a few cosmetic surgeries, she’s one helluva sexy woman. She was always “sexy” and presented herself with class and grace, but after she was transformed completely, she was finally happy in her own skin, which to me was the most beautiful part about her. Just seeing her happy as she wanted to be - as “herself” - the person she always has been and always will be, makes her more of a woman than any other woman I have ever met before.
So before anyone starts to judge and gripe about stereotypes & stigmas regarding any lifestyle, I suggest you get to know the person first. Don’t make the same mistake I did by letting stereotypes ruin your true view of the person trying to come out as their true selves. Can you imagine how hard it must be to appear as someone else physically, yet be somebody totally different on the inside? Get to know the inside before casting your judgments. I also speak for all the LGBT community. It may get complicated, but whether you’re straight, gay, bi, transgender ---aren’t we all complicated?
at June 24, 2010