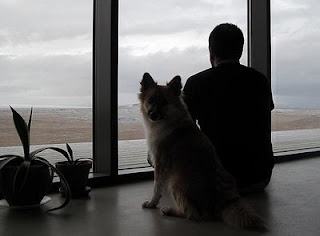 Let’s face it, we’re all walking time bombs, holding in explosive emotions that somehow gets lost in a rubble of facades that try making our exterior appear as “happy”. Some people don’t even know they’re holding in a lot of garbage that hasn’t been taken out yet. Every single person can shed a tear if you say the “right” thing, whether it be a past memory, a past heartbreak, a traumatic experience or someone they had lost through an unfortunate death. That one thing you bring up can open that little emotional box stored deep inside their heart that’s been closed up for so long. So many people deal with it in various ways. Some people who I know personally actually poke fun at their life’s traumas on stage as comedians. It’s almost like therapy in a sense, laughing at themselves, their past experiences and realizing that ‘it is what it is’. They relate to other people on many levels. This enables healing in an unconventional way. There are many sad comedians out there harboring past wounds. Even just funny people in general - look into their eyes - really look at them.

“Smile, though your heart is aching, smile, even though it’s breaking... When there are clouds in the sky, you’ll get by...” 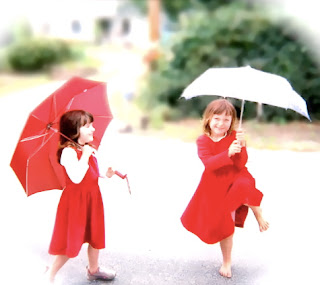 Smiling even when feeling sad is very effective. And no, I don’t believe it’s repressing your feelings, as much as it is trying to improve your overall well-being. They say that smiling ‘fakes’ out your mind, and eventually, you will be genuinely smiling. I totally believe this. I know this sounds strange, but even if I’m around the house alone, cleaning or doing whatever, and if I’m feeling really sad, I’ll try smiling and I’ll turn on the Spanish music channel (usually merengue) and immediately start feeling better, even if I don’t know a lick of Spanish. It’s happy music. Eventually, your mood will follow. I guess it goes hand-in-hand with the power of suggestion and the ability to contradict the opposite emotion. Your mind is a powerful tool, but if you let it take over, then you’re giving up control, and eventually, all of these negative feelings, thoughts and emotions will drive you absolutely batty. 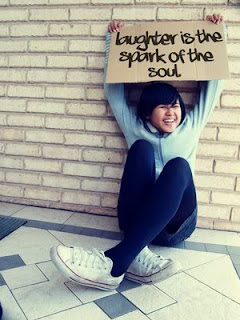 Laughter is the best medicine in the world. It releases endorphins like crazy. It also tightens up stomach muscles, which I have yet to see, but I still have hope! Sometimes at night when I get anxiety or something gets me upset, I go into my office, turn on Youtube and look for funny videos. At times, I wake up my wife Madelene with howls of laughter. It’s my therapy. In the morning while having breakfast with Madelene, we laugh so much that I feel like I worked out for an hour. I love spending every minute with that woman because she’s so incredibly positive. She really balances me out. It’s so important to surround yourself with positive people who make you laugh, smile or just give you positive vibes in some way or another. Who wants to be around people who are complete whiners? Life’s too short to waste your time with people who make your life miserable...or try to. 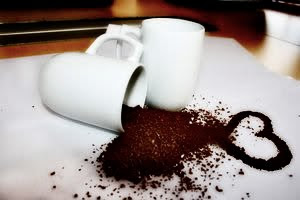 Another thing that I just recently found out is that the smell of coffee is effective in making you feel good through aromatherapy. I was watching the news last week, and they said that just by smelling the grinds of coffee, you’ll find that it not only awakens you a bit more, but it makes you feel happy and also gives you the urge to do something nice for someone. I found it a bit ‘too much’, but hey, gotta give it a try, right? I went to my coffee cabinet and started ‘snuffing’ my grinds. Minutes later, I’m vacuuming, cleaning, doing laundry and humming songs like a drunken monkey. I went out to the grocery store and had so many little frivolous conversations with people. It was amazing. When I got home, I made my wife a delicious gourmet dinner that I didn’t even plan. It sounds nutty, doesn’t it? So get into those grinds whether you drink coffee or not and take a deep breath. It’s an awesome way to get an immediate gratification of happiness.
aromatherapy Debra Pasquella depression emotional well-being emotional wounds feeling happy gratifications of happiness