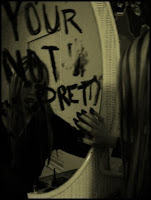 “Does it hurt?” These words resinated with me all throughout my life. These words were spoken by someone I respected, cared for and still love dearly. These words, spoken by a former teacher of mine. She didn’t say it to be mean, she said it because she must have felt my pain. She touched my face gently and looked at me with tears in her eyes. Why did she care about me so much? What made this woman, who taught me most of my academics, love me like her own daughter?

I took an entire month off from school when my parents got into trouble. Within that month, I developed severe acne that went from the very tip of my forehead all the way down to my neck. They were clustered up so closely, that it looked like someone had placed me in a huge pot and boiled me. You couldn’t tell where one pimple began and where another had ended. I looked down at the floor mostly. I went to many dermatologists, only to have tons of medications and needles stuck into my face, fail...fail terribly. I couldn’t go to school just yet. I needed to at least have a patch of skin somewhere on my face. I felt ugly. I looked like a monster. The doctor had given me his last resort, which was a medication with 1,872,982,285 different side effects. I didn’t care. I wanted to die and if I died trying ---so be it. I went on Accutane. Every packaged pill had a picture of a pregnant lady with an “X” marked on it - telling me, “Don’t get pregnant!” By the looks of me, you had that guaranteed. I had to sign a million and one “CYA” papers and off I went with my pills. 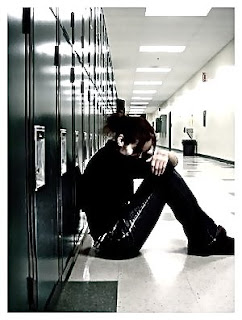 I went back to school when I thought it had gotten better. That’s when my teacher sat next to me and bravely touched my face and said, “Does it hurt?” I felt like I had a huge taco stuck in my throat, because I wanted to cry out of embarrassment. I knew she didn’t mean anything by it, but somehow, those words, those three words posed as a question, still remains in my head. “Does it hurt?” It must have still been bad in order for her to ask that. I wanted to hide my face. I wanted to hide myself from the world. My anxiety attacks increased, and with that, increased the acne for another full month. At night, it hurt to lay on my pillow. I had to sleep on my back most of the time. My tears dried up most of it, but then my acne would start peeling, making it appear even worse.

The “do not consume alcohol” label didn’t sink in. I drank heavily. It increased the drying effect greatly. After time, about three months, I started seeing my skin again. I started seeing the huge welts, bubbled up redness and large boils shrink down into my cheeks. Although there was still a little redness, it was smooth, where I could put coverup on it and finally gain some confidence back. For a girl who was only 16 years old, this was humiliating to go through. With everything going on, from my parents going through all the b/s, my anxiety attacks and then the acne, I couldn’t cope anymore, which is why I had to quit school. One of my teachers found me convulsing in a classroom and had to take me to the nurse, where I would be sent to the hospital thereafter. Those times I will never forget. High school was supposed to be fun, but for me, when I think back upon it, I cringe. 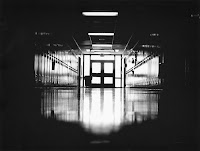 A few years later, I went back to take the tests for my G.E.D., but as soon as I walked into the doors, I smelled the same smell that a school typically has. The floors were speckled the same way my old school was and the lockers were all lined up one by one, reminding me of times where I had just passed out from an anxiety attack. Everything looked the same, making my mind go back to a very grim time.

Now that my skin is clear as an adult, whenever I get that PMS-induced pimple or two, I still feel the pain and the fear of way back when. I still hear those three words that still sit on the back burner of my mind, tormenting me, reminding me that it looks like it hurts.
I still hear, “Does it hurt?”
**********************
Please visit, Xmichra and read her story about how she survived through a similar situation.
academics Accutane anxiety attacks Debra Pasquella depression G.E.D. high school severe acne